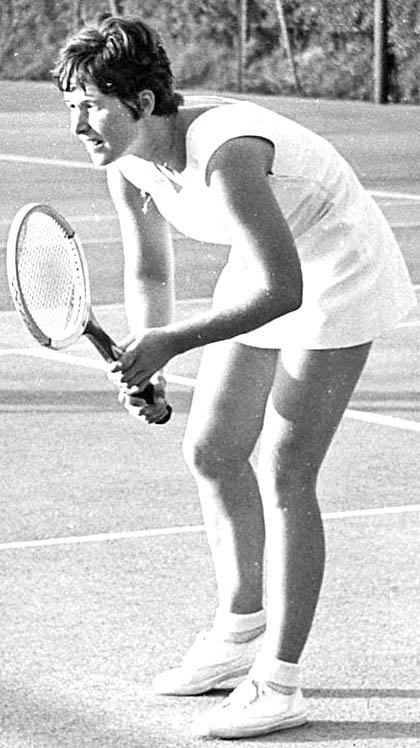 IT would be surprising to think of Helensburgh as a Hampden Park or a Murrayfield with Scotland playing England . . . but it happened on Saturday May 22 1965.

In almost constant rain, Craighelen Tennis Club hosted an international tennis match between the two countries and — as forecast — Scotland were hammered by 7 rubbers to 1 by an English team which included future Wimbledon champion Virginia Wade.

Despite the result, it was an important and memorable occasion which put the East Clyde Street club on the tennis map, with Craighelen stalwarts John Smith and Dr Tom Miller leading the local organisation in support of the Scottish Lawn Tennis Association.

All the participants went on to even greater things in the sport.

The first match on court in the morning proved to be the only home victory. The second string mixed doubles couple of John Clifton (Westhall) and Frances MacLennan (Newlands) beat David Lloyd (Essex) and Carole Rosser (Devon) 6-4, 4-6, 6-4 in a rubber which featured twelve breaks of service. 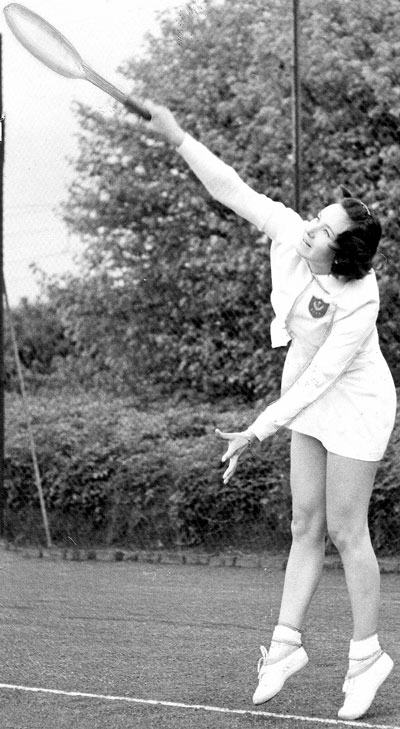 Watched by Provost J.McLeod Williamson, the two ladies singles matches began the afternoon, and both were interrupted by rain.

In the first string match the break possibly cost Winnie Shaw (above), the British junior girls champion and later a Wimbledon quarter-finalist, her chance of victory against British no.5 Virginia Wade, who won 6-2, 3-6, 6-0.

The men ignored the heavy rain and played on. Matheson was given a lesson by the more experienced Barrett 6-1, 6-0, but Clifton played very well against Lloyd, Britain’s top junior who went to become a leading British player, coach and founder of the David Lloyd chain of tennis facilities.

The Scot took the first set 6-3 and was 5-4 up in the second, but lost it 7-5. Rain stopped play at 2-2 in the decider, and when the match resumed Lloyd — who later built and for a time owned a luxury house near Tarbet — won the next four games.

The ladies doubles, played in failing light, was hard fought and exciting, with the Scots winning the first set 6-4. However the English pair won the next two sets 6-3, 6-4.

Hopes rose of a final rousing Scottish victory in the mens doubles as Matheson and Clifton took the first set 6-2, but Barrett and Lloyd staged a strong recovery and won the next two sets 6-2, 6-3. In all, England won by 15 sets to 7, and 113 games to 79.