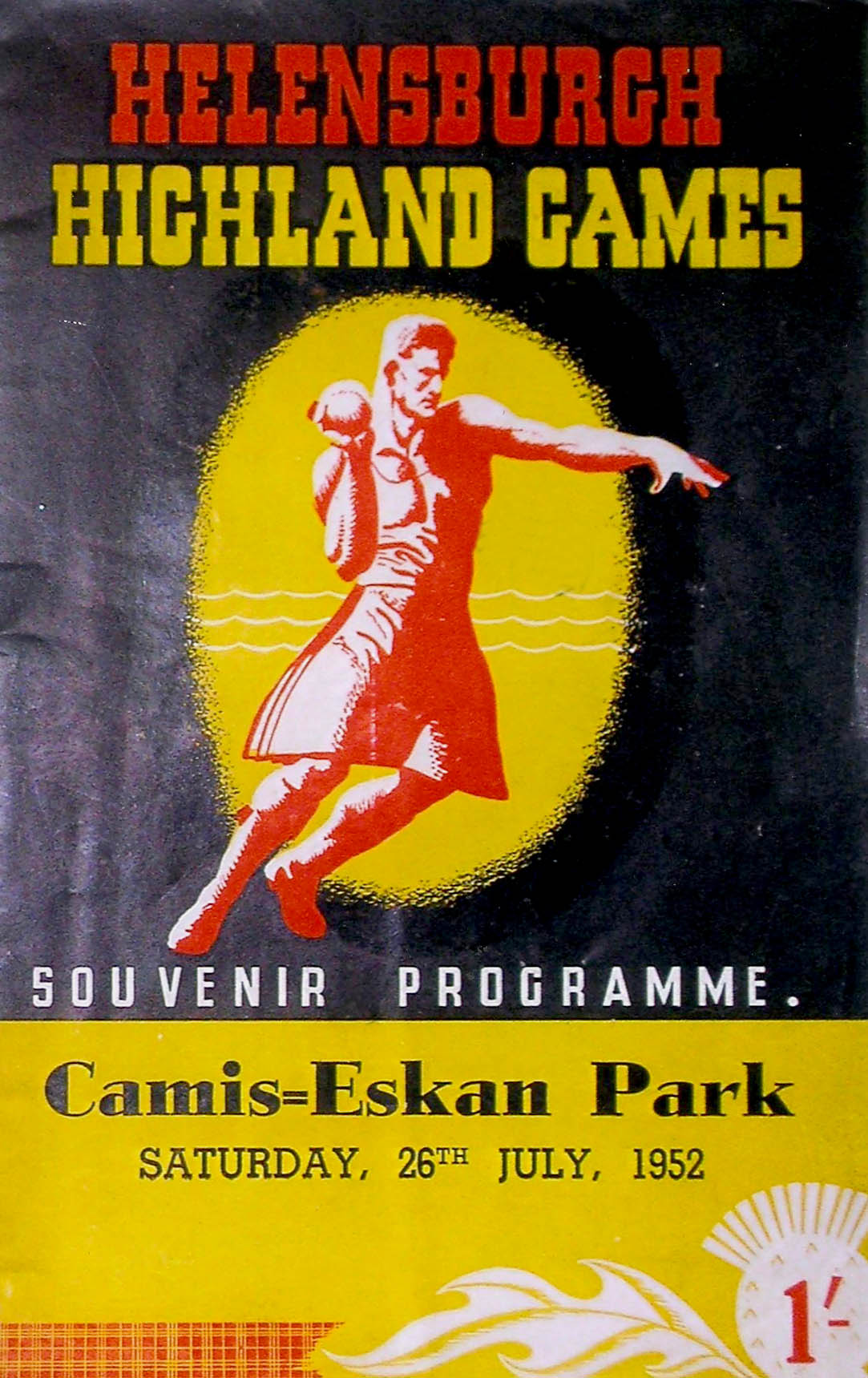 HELENSBURGH held a Highland Games in June 2008 at Ardencaple after a 56-year absence — and now it has become an annual event again.

An event in a similar format, though not a full Highland Games, was held at Ardencaple as part of the May 1975 Civic Week organised to mark the reform of local government and the end of Helensburgh Town Council.

Cardross man David Crocker, a collector of memorabilia and old postcards of the district, was able to get hold of programmes for both Highland Games at one of the regular programme fairs held at Ingliston, near Edinburgh.

The 1949 programme included a history of past Games, and stated: “In setting themselves the task of reviving Helensburgh Highland Games, the committee have a very high standard to live up to.”

The first Games was held in 1898 in Larchfield Park, with Sir James Colquhoun of Luss as president. It was considered so successful that it was extended considerably in the following years.

In the 1899 Games, Piper MacPherson of the Royal Scots and Charles McIntosh from Motherwell wrestled for most of the afternoon. Neither could put the other down, and the bout had eventually to be declared a draw.

The football place kicking competition was won by Matthew Dickie, who had been awarded his first international cap as Scotland’s goalkeeper the previous year.

The highlight of the 1900 Games was the ascent by balloon and descent by parachute of a lady parachutist, Maud Brooks.

The balloon was released about 4pm, climbed rapidly, and vanished into the clouds. However the intrepid Miss Brooks landed a few minutes later on the West Highland railway line, near Upper Colquhoun Street.

At the 1901 Games the World Wrestling Championship was contested by Tom McInerney of England and George Ross, the Scottish champion. To the disappointment of the crowd, the title went south. 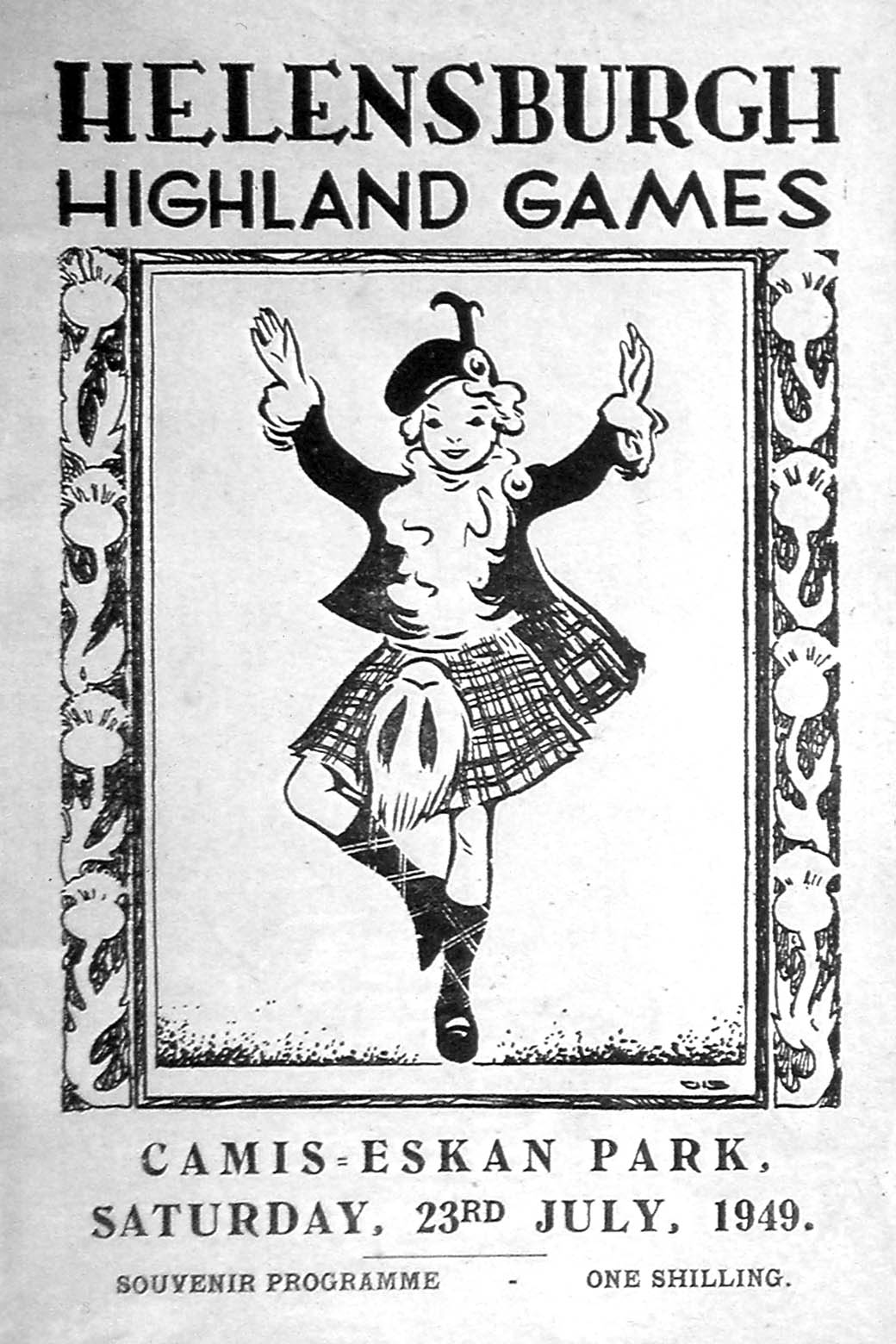 orded that the Games, which were then under the care of George R.Murray, the late Burgh Chamberlain, were ‘the best on the West Coast’ — an impressive comment from the home of the world famous Cowal Games.

Unfortunately the 1905 Games made a loss, and there were no more until 1924, when Provost J.F.Duncan and a committee organised a ‘Gathering and Athletic Carnival’ in ideal conditions at Larchfield Park, attended by over 4,000.

The event was not held again until 1949, when 15,000 attended at Camis Eskan Park. Chairman of the committee was Bailie Peter MacLaren, who had served on the 1924 committee.

This Games, with Sir Ivar Colquhoun of Luss as chieftain and Mr and Mrs Neil Rutherford of Kilarden and Camis Eskan as honorary vice-presidents, made a surplus — which no doubt helped the organizers of the 1952 Games, the last until now.

The 2008 Games was organised by a committee chaired by Sephton MacQuire, and was held at the Helensburgh Rugby and Cricket Club ground at Ardencaple on Saturday June 21.

Mr MacQuire said: “The new Games idea was born out of the Helensburgh Gala Day held the previous summer. This time the organisers of the Bi-Centenary Pipe Band and Highland Dancing Championships joined together with the Highland Games to make a weekend called the Helensburgh Highland Festival.”

An estimated 5,500 people gathered at Ardencaple for a very successful Games, and the piping and dancing at the Victoria Hall and Hermitage Park the following day attracted the usual good response.

Mr MacQuire and his fellow organisers held further successful Games in June 2009 and June 2010, when the chieftain was Sir Malcolm Colquhoun who succeeded to the baronetcy on the death of his father, Sir Ivar.