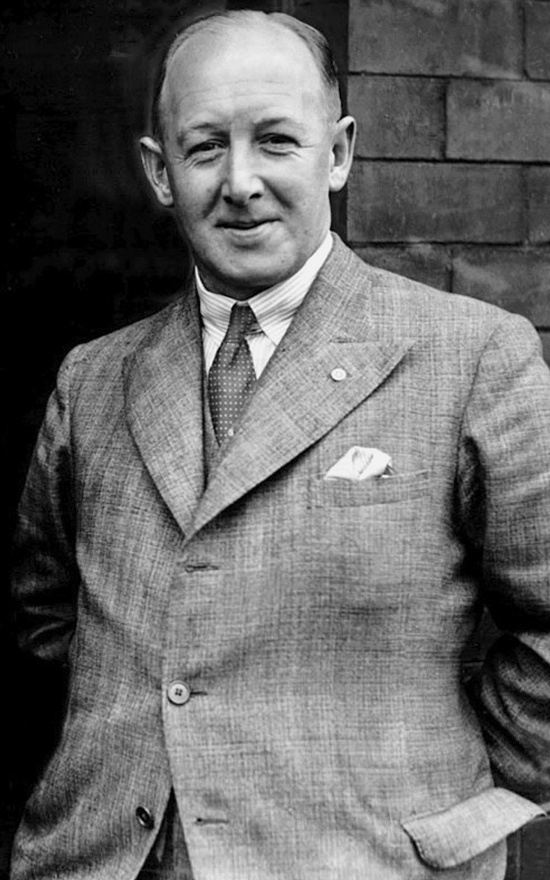 A FORMER professional footballer who spent the last 18 years of his life in Helensburgh managed Manchesder United for five years and Ipswich Town for 18 years.

Butcher’s son Adam Scott Mathewson Duncan, known to his friends as Scooby, was born in Dumbarton on November 2 1888, one of seven siblings, and died in Helensburgh on October 3 1976 aged 87.

He was working as a law clerk in the Sheriff’s office when he joined his hometown club, Dumbarton, in 1906, and he decided to give up a career in the law and play football for a living.

Two years later he moved to Newcastle United for a fee of £150. A versatile forward, although primarily an outside-right who played sparkling football, he scored 12 goals in 81 league games for the Magpies.

Scott (below left while a Newcastle player) was a member of the 1908–09 Football League championship-winning side and won the Charity Shield. Next season an FA Cup win earned him another medal.

In May 1913, he returned to Scotland, moving to Rangers for a fee of £500. He remained with Rangers during World War One, in which he served as a signalling instructor in the Royal Field Artillery.

He also played for Celtic in January 1919 against Third Lanark and Clydebank — using the wartime rule, still in operation in 1919, that ‘a soldier player’ could play two games for another team without requiring permission from the original club which held his signature.

This led to him being introduced by the president, Sam Graham, at a Helensburgh Rotary Club meeting in 1970 as the only Rangers player who ever ‘guested’ for Celtic.

He moved on to Partick Thistle for another loan spell before signing a permanent deal with Dumbarton in the summer.

In June 1932 he was appointed as secretary-manager of Manchester United, when they were a struggling second division side with a £30,000 deficit.

In his first season in charge they finished sixth in the division. But despite spending a lot of money on players, United were almost relegated to the third division in the 1933-34 season — surviving only by beating Millwall 2-0 away on the last day of the season.

This was their lowest ever league position, but Scott turned things around and led United to fifth place the next season and the second division championship in the 1935-36 season.

To strengthen his side, he tried to buy a gifted young Scot from rivals Manchester City ­— but his offer of £250 for the services of Matt Busby was turned down. Busby, of course, went on to achieve legendary status in the same managerial chair as the man who tried to buy him.

United were relegated from division one the following season and, in September 1937, he resigned to become manager of Ipswich Town, who were then a Southern League side, for a wage ten times more than star players.

At the end of the 1938-39 season Ipswich were elected into the Football League despite finishing third in the Southern League, and Scott remained as manager for 18 years, winning the third division (South) title in the 1953-54 season.

However, Town were relegated the following season and he stood down as manager in August 1955. Alf Ramsey, whom he had groomed for three years, took over as manager, but Scott remained as secretary for three more years.

At one stage the highest paid figure in British football, and always immaculately dressed, he was honoured with a testimonial match at the end of the 1957-58 season against Norwich City at Portman Road, which Ipswich won 3-1. 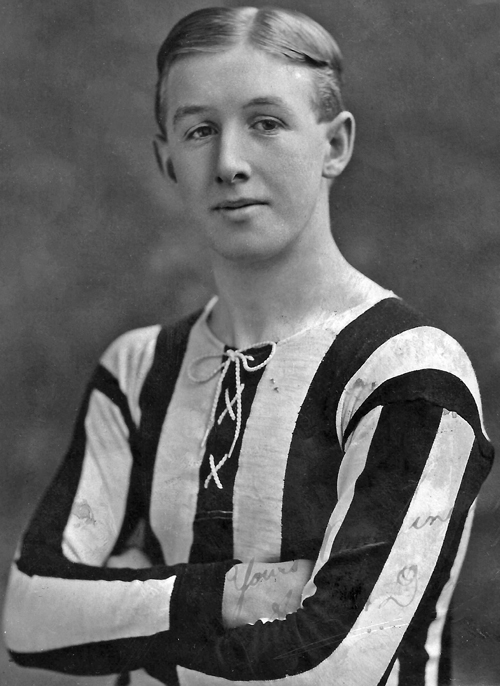 The Football Association presented him with a special medal to honour his long and distinguished service in English football.

After the testimonial game he moved to Loch Drive in Helensburgh, where he spent the rest of his life with his wife Mary.

He was watching from home when Alf Ramsay’s England won the World Cup.

He could have been at Wembley as Ramsey’s guest to congratulate his protege in person. Instead, he was happy to have a whisky with Mary and a feeling of satisfaction at a job well done.

He was superstitious and an extremely rare seven-leaf clover, which was given to him by an American serviceman, was mounted on the wall of his Ipswich office.

As a reciprocal gesture, his wife Mary gave American golfer Sam Snead a four-leaf clover just before the Open at St Andrews in 1946 — which he went on to win.

In retirement he generally kept himself to himself and few burgh residents knew the star they had in their midst.

He stayed away from football. With his vast experience, he could have sat on the board of any Scottish club or the SFA and offered much wisdom as an adviser.

But there is no record of his having any further involvement in the game, even as a spectator.

His funeral service at Cardross Crematorium on October 5 1976, with love of his life Mary being his only family survivor, was a modest affair as few people knew about his incredible career. His ashes were later scattered in the Garden of Remembrance.

The passing of this unassuming man who had spent more than 50 years in the sport at such a high level merited only two short sentences in Glasgow’s Evening Times.

Scottish football did not know it had lost one of its great figures.