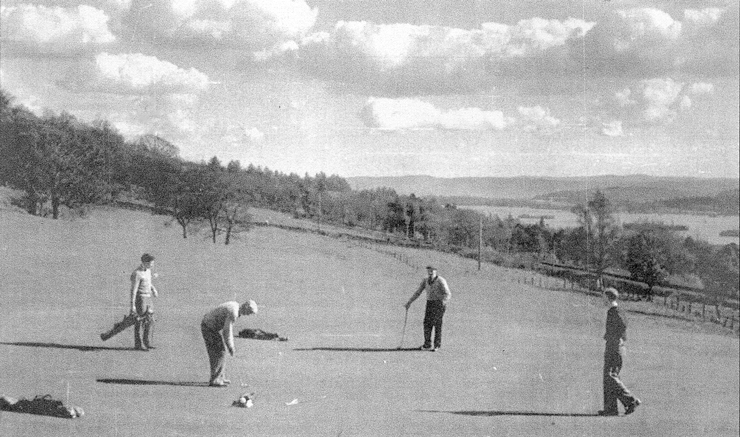 THE SHANDON village golf course, where Ryder Cup player Tom Haliburton learnt to play the game, is remenbered for its stunning views over the Gareloch.

Now long gone, the first course was laid out by Robert Simpson of the Dalhousie Golf Club in April 1890 as the 9-hole course of the Shandon Hydropathic Company, with holes ranging from 300 to 500 yards.

Four years later Willie Fernie, the Troon professional and highly regarded course designer, laid out a new nine hole course to the east of the railway line, a few minutes from the Hydro. 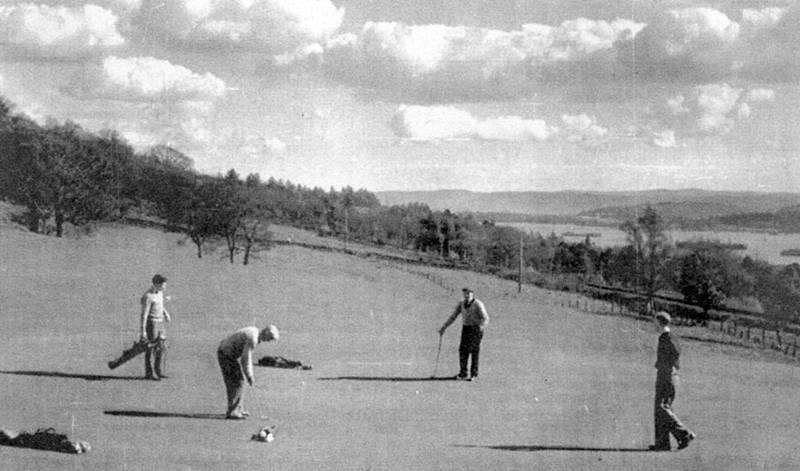 The first three holes were straight up the hill. The first hole measured 220 yards and was an easy start. The second was a bit longer, 250 yards, and a wire fence and a deep ravine both had to be negotiated.

The third was a short hole of 180 yards with a burn surrounding the green. The fourth was a short blind hole over the brow of a hill, and the fifth a relatively short hole, though a good tee shot was needed to carry the heather.

The views from the course of mountans, moor and loch were magnificent, particularly from the third and fourth holes.

During the First World War, the Hydro was requisitioned by the Royal Navy as an emergency hospital, and facilities like the golf course went out of use.

It was 1922 before the Hydro was able to open its doors again, and the golf course was swiftly returned to use.

A few years later the Hydro proprietors handed over the running of the course to the newly formed Shandon Golf Club.

In May 1929 a friendly match was played with Cove’s Craigrownie club at Shandon. The visitors won 9-0.

The club’s first ever social venture came in January 1932 when a successful whist drive with 68 players and dance was held in the Holyrood Ballroom, and in 1934 the club was admitted to the Scottish Golf Union.

It was not long before the name of Shandon began to become known to the wider golfing public, thanks to the emergence of one of the finest golfers ever to come from Scotland, Tom Haliburton.

Medals and matches for men and ladies (above) continued until the Second World War, when the hotel was again requisitioned by the Royal Navy, but after that the golfers were back until the 1950s.

The farm land on which course was located was sold off by Luss Estates, and the new landowner pointed out that as the course effectively cut his farm in half, and he needed the land, the course would have to go.

A campaign was launched in a bid to prevent the closure. This was supported by the then Helensburgh District Council, which however stated that compulsory purchase — although in theory an option — would be too expensive, and so the club was forced to close in May 1958.

Helensburgh Heritage Trust director Alistair McIntyre recalls that he and several school pals played a round just before the closure.

He said: “Shandon is fondly remembered as offering about the cheapest day’s golf to be had anywhere — a round cost a trifling one shilling, while an annual subscription was only a mere thirty shillings.”

Tom Haliburton was one of the best known and most liked sportsmen to emerge from the Helensburgh area.

Son of gamekeeper Robert Haliburton and his wife Margaret, he was born Thomas Bruce Haliburton at The Kennels, Ardencaple, Rhu, on June 5 1915 and lived there for some years before the family moved to Loudon Cottage, Shandon, where he learned to play and love golf.

“Shandon golf course was a very good course for learning on, and it is a pity that it has disappeared. I can remember a big petition was drawn up when the course was threatened, but it was not saved. 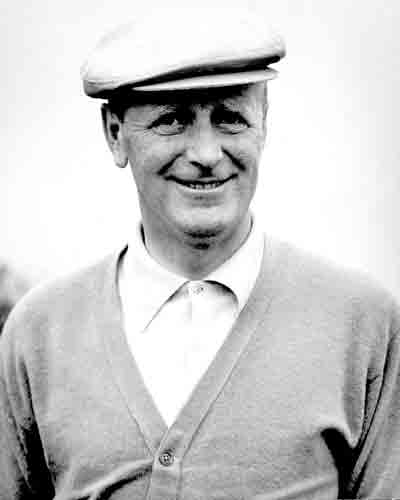 Tom (right) became assistant to the professional at Haggs Castle in Glasgow and was there for four years, then moved on to Prestwick St Nicholas.

He was also the chief assistant to three times Open champion  Sir Henry Cotton MBE in London for some time, being attached to Knowle, North Middlesex, Ashbridge and then Wentworth.

In the first match he had the honour of playing the legendary Arnold Palmer in the singles, and he lost 2 and 1. In all he played four foursomes and fourballs, but never registered a win.

He returned to Helensburgh every year when he visited his father who lived in Old Kilpatrick, staying at the Queen’s Hotel with his old friend Norman Drummond, the manager, whom he first met years earlier playing in a schoolboy golf tournament.

Tom established for the Wentworth club its professional line of succession in 1969 after he met Bernard Gallacher playing in his first Ryder Cup match at Royal Birkdale at Southport.

But the circumstances of the handover in 1975 were uniquely tragic.

Aged 60, he had been thinking of retiring and had recommended Bernard to the club as his successor.

Having just started a Saturday practice round with him on the club’s east course on October 25, he collapsed on the first green and died. He was survived by his wife and a married daughter.