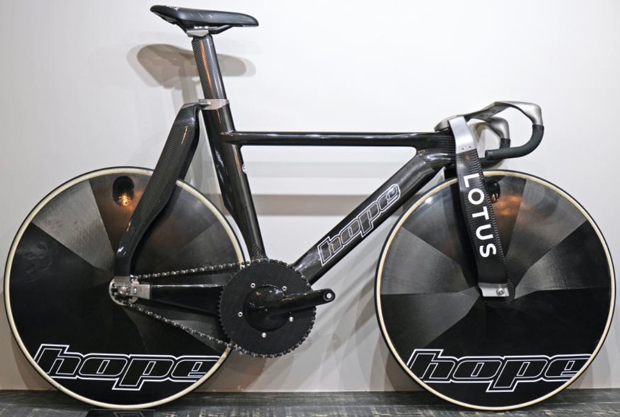 WHILE Helensburgh interest in the Tokyo Olympics was focussed on the sailing stars, gold medalist Eilidh McIntyre, silver medalist Anna Burnet, and finalists Charlotte Dobson and Luke Patience, in one burgh household what mattered most was the cycling.

In charge of the very successful GB cycling team was performance director Stephen Park, whose parents Douglas and Sylvia live in Crawford Drive. For his efforts he was awarded the CBE in the 2022 New Year's Honours List. 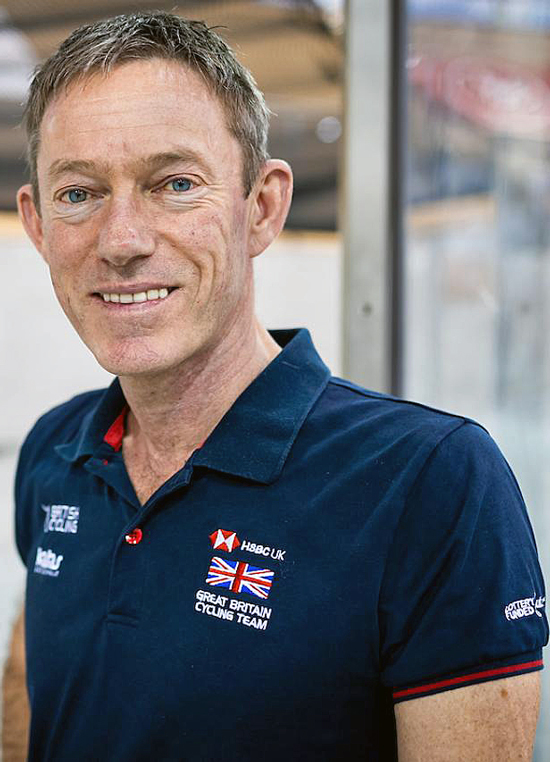 The former Hermitage Primary and Hermitage Academy pupil, who guided the GB sailing team to the top of that sports medal table in Rio in 2016 as the Royal Yachting Association’s Olympic manager, switched sports in 2017.

He said: “I was incredibly excited by the squad we selected to represent Team GB in Tokyo, and there was plenty for British cycling fans to cheer during the Olympic Games.”

The team’s performance was good in all disciplines. But the early highlights came in the visually thrilling discipline of BMX cycling.

“We moved from the south of Tokyo up to Ariake Park in the city itself for the BMX Supercross racing — and we were treated to exceptional displays by Beth Shriever and Kye Whyte who took the gold and silver medals in the womens and the mens Supercross events respectively.

“These were the first medals that we’ve won in Supercross in British history, then freestyle rider Charlotte Worthington won gold with the first ever 360 backflip. What an Olympics for our BMX team — winning a medal in every event.

“Add these to Tom Pidcock who won the first mountain bike medal that Great Britain has ever won at the Olympic Games, and it was a very successful first week! The second week was just as successful with more medals in the collection when we boarded the plane home.”

In the Izu Velodrome he was delighted when Jason Kenny took silver in the mens team sprint to become Team GB’s most decorated Olympian. “What a journey so far. Very impressive,” he said.

The gold medal ride in the Omnium by Matt Walls produced the comment: “What a quality ride by Matt. He dominated the Omnium. Just brilliant!”

Stephen was not expecting the 26-strong cycling team to reach the heights of the previous two Olympics, but they came very close.

“We are realistic that over the last eight years, the previous two Olympics, we have had quite an opportunity in terms of the impact we have been able to have with aerodynamics and equipment,” he said.

“But the rest of the world have been playing catch up and they’ve done a really good job of that.

“The margins we have had in the past have been somewhat eroded.

“We thought that it was unrealistic for us to expect the same degree of margin as we have seen in the past.”

His big hope is that the many exciting performances should encourage people to take up cycling, and he pointed out that applications for the Scottish Cycling Performance Programme are now open.

He said it was great to speak to Nigel Huddleston, Parliamentary Under-Secretary of State for Sport, Heritage and Tourism at the Department for Digital, Culture, Media and Sport, at Tokyo.

He said: “He was watching, learning and chatting with athletes and staff about what’s involved in chasing Olympic dreams and inspiring the nation. Hopefully he will now report to the Government the benefits of investing in sport.”

Stephen was born in Glasgow on February 24 1968 and learnt his sailing in Mirror dinghies and 420s at Helensburgh Sailing Club — eventually becoming Scottish champion.

“Helensburgh Sailing Club is one of the best places in the United Kingdom to go sailing,” he said.

“It has a great history, a fantastic record of producing sailors who have gone on to represent Great Britain at the Olympics, Round the World races and other top international sailing events, and it will always be the sailing club I regard as home.

“If you are looking for somewhere to learn to sail or hone the skills needed for world class sailing competition, you will struggle to find somewhere better than Helensburgh Sailing Club.”

He took a BA degree in sport at the Scottish School of Physical Education at Jordanhill, then left home to do an MSc in Recreation Management at Loughborough University, then a postgraduate diploma in management studies at Newcastle Business School.

As a sailor he completed Olympic campaigns in both the 470 and Tornado classes for the 1992 and 1996 Games respectively. From 1996, he started working full-time on the RYA Olympic programme supporting John Derbyshire, the past Olympic manager, and overseeing the Olympic development squad.

As a key member of the successful Sydney 2000 Olympic sailing team, he spent much of his time coaching the 49er squad, and Ian Barker and Simon Hiscocks won a silver medal in that class.

In 2004 Stephen led the British Olympic sailing team to the Athens Games, where his sailors won five medals — and he returned home as helm of Britain’s most successful Olympic sport.

This won him and the team many awards, including a BBC South Sport manager of the year title.

He described his 2008 Beijing squad as the best ever sailing line-up for Britain at an Olympic Games, and his team finished with six medals, the third Games in the row that they had topped the sailing medals table.

That December he received the Coach of the Year award in the annual Sunday Mail Scottish Sports Awards in association with sportscotland, and he was awarded the OBE in the 2009 New Year’s Honours List.

He was RYA Olympic manager for 15 years, with Britain’s world-beating sailors amassing 23 Olympic and Paralympic medals during his time at the helm.

When he started work at the National Cycling Centre in Manchester in the spring of 2017, he said: “I feel privileged and excited to be given this opportunity, and I look forward to building on the high-performance culture at British Cycling.

“My role is to lead the team, support the coaches and the wider staff to continue delivering successful programmes which enable the athletes to fulfil their tremendous potential.

“My time with the RYA was hugely rewarding, and Olympic Sailing evolved enormously during my 15 years as Olympic team manager, requiring an inquisitive and innovative approach to stay ahead of the competition from other countries.

“Clearly cycling poses very different challenges to sailing, but it’s a sport I am very passionate about from a personal perspective.

“I’m looking forward to meeting its challenges head on and working intensively with a highly motivated and experienced group of athletes, coaches and support staff.

Chelsea Warr, director of performance at UK Sport, said: “In this critical appointment of Stephen Park – well known across the system as ‘Sparky’ – to the role of performance director at British Cycling, we have one of our world-class performance system’s most successful leaders.

“He has worked at the highest level of Olympic and Paralympic sport and has been tremendously successful over multiple Games.”

Stephen lives in Titchfield, Hampshire, with his daughter Grace. His wife Julia died four years ago.

He still enjoys keelboat racing when time permits, and other interests include motorsports, mountain biking, skiing and driving along country lanes to find country pubs.

His brother Ian had a similar education, also learnt to sail at Helensburgh Sailing Club and represented Scotland, and together they won the Scottish Schools Championship representing Hermitage Academy. He is now in the oil business.