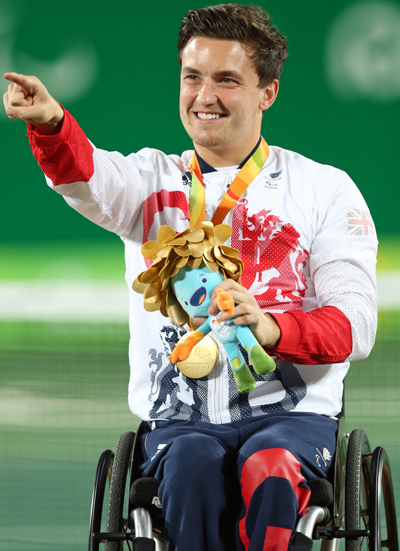 PARALYMPIC gold has been the highlight of a quite outstanding 2016 for Helensburgh wheelchair tennis star Gordon Reid.

The year began with his first Grand Slam title — victory in the men’s singles at the Australian Open in Melbourne.

Since then he has won both the singles and doubles titles at Wimbledon, brought home a gold and a silver medal from the Rio Paralympics, risen to first place in the worldwide rankings, and been named Scotland’s para-sport athlete of the year.

He also officially declared open Argyll and Bute Council’s Helensburgh and Lomond Civic Centre in the refurbished and expanded former Clyde Street School, and now he has been chosen as only the second person ever to receive the freedom of Argyll and Bute.

Thanks to his cousin Sophie, he was invited to give a talk at Lomond School, where she is a first-year pupil.

He modestly summed up his remarkable year by saying: “Recently, I’ve been doing quite well.”

Gordon has reached the top of his sport in spite of his disability, having been diagnosed at the age of 12 with the rare neurological condition transverse myelitis, which left him paralysed from the waist down.

“I was playing football with my friends,” said the former Helensburgh Tennis Club junior member, “then went home and sat down — and when I stood up again my legs gave way.

“I didn’t think at the time it was anything too serious. I went to bed and felt fine the next morning.

“But over that day I began to get really bad pains in my lower back and by the end of the day I’d completely lost all feeling from the waist down.”

Six months of treatment at Yorkhill Hospital in Glasgow followed, in the course of which Gordon’s doctors warned that he might never be able to feel his legs again.

Thankfully that proved not to be the case, and today Gordon, a former pupil of Hermitage Academy who still lived in his home town until three years ago, has recovered enough feeling that he is able to walk a little, though he can no longer take part in sport without the aid of a wheelchair.

While the condition ended his dreams of becoming an able-bodied athlete, he refused to let it stand in the way of his sporting ambitions.

“I’d been really sporty as a kid,” he says. “I’d been a really keen tennis player and footballer, and when this happened I felt as if a big part of my life had been taken away.

“But when my parents found out about a club in Glasgow that ran wheelchair tennis sessions I got really excited — and I loved it.”

Gordon, whose fitness regime also includes regular wheelchair basketball sessions, took to the sport so quickly that he qualified to play at the Paralympics in Beijing in 2008, shortly after leaving school — and, having opted to turn professional, he’s been a full-time athlete since the age of 17.

That’s not to say that his diagnosis did not knock him back, though. “It was scary,” he admits. 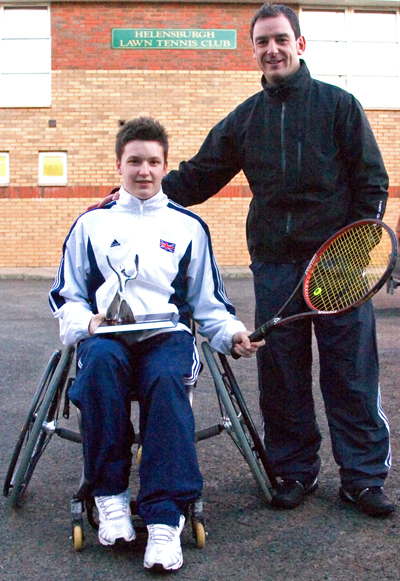 “It’s the worst thing that’s happened in my life — not only for me, but it was really difficult for my family and my friends to see me so upset.

“But one of the reasons I am where I am today is the support of everybody I had around me.

“My close friends and my family came to visit me every day in hospital. My friends helped carry my bags around school. My family drove me to the wheelchair tennis sessions. They all helped me back to a healthy state.”

Winning gold in Rio, which he describes as “the big one”, was the culmination of a four-year plan hatched after Gordon was knocked out in the quarter-finals at the London Games in 2012.

“That was one of the big goals in my career,” he said. “I had a plan after London that we were going to work really hard on my game to be good enough to go to Rio and win a medal.

“I’ve given up a lot of things in my life to give myself the best chance of winning in Rio, but when I won the gold medal that made it all worthwhile.

“It was quite an emotional moment, especially with my friends and family going crazy for me in the stands — and then a little while later the gold medal was hung round my neck.

He admits, though, to being nervous before his two Rio finals – in which he defeated his Team GB colleague Alfie Hewett 6-2 6-1 in the singles final, 24 hours after partnering the same player to silver in the mens doubles.

“In the build-up to the tournament a lot of people were expecting me to win after I won at Wimbledon,” he said. “People were saying ‘You’d better win the gold or you won’t be coming back!’

“But being nervous is a natural thing that happens to everybody. It’s a question of how you deal with it. I used to never show nerves until I was out on the court, and it meant I sometimes struggled to play at my best.

“Now I’ve learned to admit that I get nervous before a big game, and I think being able to deal with that has helped me on the court.”

He is also adapting well to finding himself in the media spotlight which is something many athletes admit to finding hard after working their way up from relative obscurity to national and international fame.

“I’m more used to it now than I was at first,” he said. “I used to be quite uncomfortable in front of a camera but it doesn’t bother me as much as it used to.”

He is becoming an ambassador for wheelchair tennis in particular, and disability sport in general, although he is Gordon Reid the professional sportsman.

“On a day-to-day basis, I’m the same guy I’ve always been,” he said. “My friends and family keep me pretty well grounded.

“But I’m obviously aware my success has raised my profile and there’s more of an eye on me and others like me as role models. 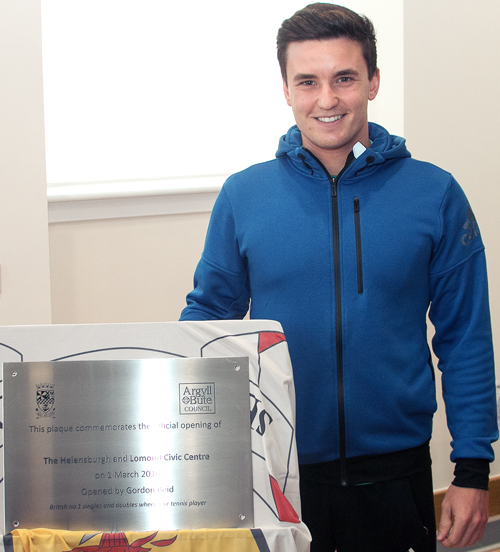 “The profile of the Paralympics is a great opportunity to grow disability sport in this country and I’m keen to grasp that.”

His inspiration lies rather closer to home.

“My mum and dad originally inspired me to get back into tennis,” he said. “Thanks to them I met other wheelchair tennis players. I saw them flying around the court hitting the ball really hard, and I thought, ‘If those guys can do it, why can’t I do it as well?’

“I saw how friendly, funny and happy they were, and I realised what had happened to me wasn’t the end of the world.

“It’s just a different way of living and you can still live an amazing life.

“There’s definitely been times when I’ve thought I wasn’t good enough, and I wanted to give up, but for me the important thing was to have that bigger picture in my mind.

“Everybody has bad days but if you go out there and give as much effort as you can, you can get through the tough times.

“That makes you stronger as a person and ultimately will help you achieve your goals.”