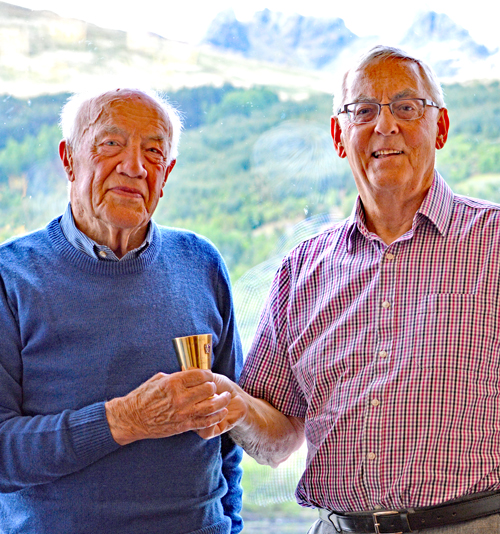 THE RETURN of a trophy last won for a cross country race held by Arrochar Youth Club in 1947 to the Arrochar, Tarbet and Ardlui Heritage Group sparked a wave of enthusiasm to resurrect an Arrochar 10k race.

Well supported, it was open to anyone aged 15 and over. The entries were limited to 120 in this first year, but it is hoped this will become an annual event and will incorporate junior races in future years.

Mary Haggarty, chairman of the Heritage Group, said: “The background to all this rests with the old Youth Club run by Will ‘Daddy’ Hutton (below left).

“During World War Two the Royal Navy were billeted in the Ross Hotel, now known as the Loch Long Hotel.

“Where the car park now stands they erected Nissen huts for accommodation, but some of them were allocated to recreation purposes. 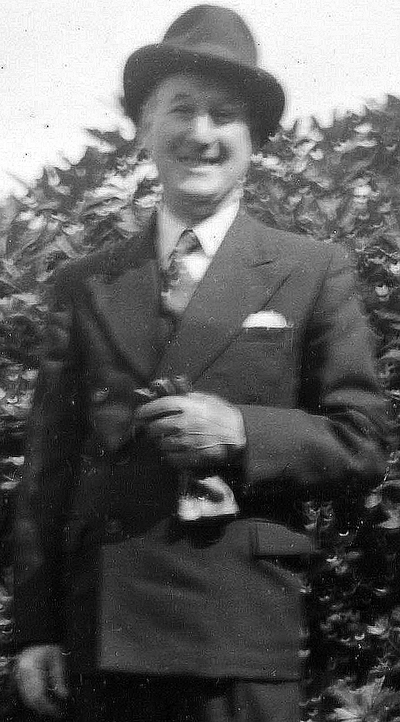 “One of the huts was open to the community, and was used by them as a picture house. When it was not in use for this purpose the youth of the villages used it to socialise, and they formed a not very organised sort of Youth Club.

“However at the end of the war the Navy were withdrawn from Arrochar and the Hotel and car park returned to its owners. This left the youth of the villages without a place to meet.”

Realising that there was a need, Will Hutton, a supervisor based at the Royal Naval Torpedo Range, and Davy Leishman started a Youth Club which was very well attended by the young people of the villages.

Originally the meeting place was Arrochar Parish Church hall but this caused problems with the minister at that time as it is said that he did not make everyone welcome.

So Mr Hutton, with help from Mrs Henry of Glenloin, moved the meeting place to the Oratory which was situated at the rear of Glenloin House.

Good use was made of these premises with sing songs, games, and also the odd game of cards playing for matches.

As time passed the club membership increased, and larger premises were required. 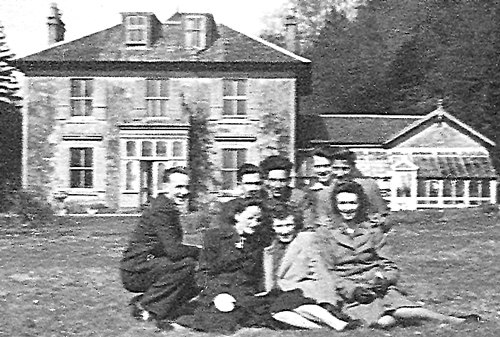 The Wee School at Tighness was available having been made redundant in 1947 when transport was arranged to take the younger children from Arrochar to school at Tarbet.

The Wee School building proved to be ideal premises, with plenty of room to set up a games tables and have the odd wee dance to Davy Leishman on the accordion.

The heating for the building was provided by a stove — the fuel came by the courtesy of Gus Campbell, Sandy Rhind and Tom Hamilton gathering from the West Highland Railway Line the coal that had fallen off the steam engines on to the track. This was ideal for the winter months.

The stove was also used for making tablet, the cooking pot and all the ingredients being supplied by Will Hutton.

Everyone got a turn at stirring the pot, but when the tablet was set and ready for consumption it disappeared like snow off a dyke as sweets were still rationed in those days.

During the life of the club a cross country race was organised but it was only run in two consecutive years, 1946 and 1947. The champions were Arthur Ross in 1946 and Jim Bichard the following year (pictured top).

On each occasion the winner was presented with a cup (right) which had been made by Kenny Bell from of an old explosive shell in the nearby Royal Naval Torpedo Range.

The two winners had different versions of the route that was run — Arthur said that it was up Stronafyne Glen and Jim said it was from the back of the church and along the line of the railway.

They were both right and the Heritage Group members have managed to find a photo of the start of each race.

Second winner Jim Bichard had the cup in his possession for the last seventy years, but decided recently to return the cup to the village.

He contacted the Heritage Group to ask who he could leave it with, then handed over the cup to the Group who will act as its custodian.

Mary said: “The generation of youth that grew up in Arrochar and Tarbet who grew up during World War Two have a lot to thank the kindness and dedication of Will Hutton, or Daddy Hutton as he was better known.”

The cup being returned is what sparked off the idea by some enthusiastic local runners to resurrect the race, now as a 10k event. The overall winner was John Fox, who completed the run in 41.08, and the first female was  Simone Charnock in 43.20.