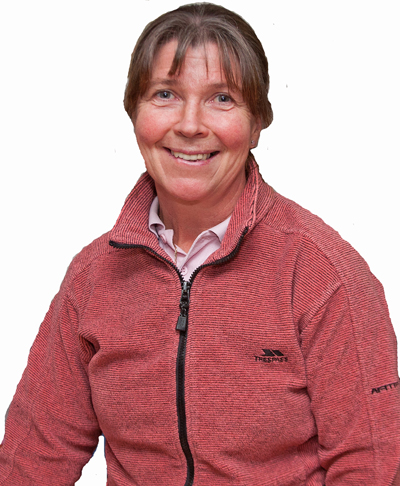 A LONG-SERVING teacher at Helensburgh’s Lomond School is an institution in Scottish womens hockey . . . and still playing at the age of 52.

Head of Physical Education Margery Taylor won nearly 100 caps for Scotland and is still match secretary of the 4th XI at the Glasgow Western club which dominates the sport in this country.

Born Margery Grant Coutts in Aberdeen on January 5 1963, she is the youngest of four daughters of George Coutts and his wife Margery Gatherer, her sisters being Laura, Kathleen and Marion.

Her father was the headmaster of Mile-End School in Aberdeen, and he met his future wife when they were both teaching at the city’s Hilton School.

Young Margery started at Aberdeen Grammar School in 1975, left in 1981, and currently holds the one-year appointment of president of the Former Pupils Club — handing over to her successor in March.

After studying for a degree in Physical Education and Movement Studies at Dunfermline College in Edinburgh for four years, she taught in Aberdeen for five years as a peripatetic PE teacher.

She worked in five different primary schools as well as Bridge of Don Academy, Harlaw Academy and Aberdeen Grammar School. In her final year, she was full time at St Machar Academy.

Next came the move to Lomond School, where she has taught for 23 years and been head of department for over 15 years.

She said: “My love for hockey started at Aberdeen Grammar, thanks to my very influential PE teachers, Joy Webster and Sandra Ramsey.

“I was fortunate to play for the Scottish under 18 team for three years and captained them in my last year at school.

“I represented Scotland at under 21, under 22, under 23, Scotland ‘B’ and Scotland Indoor and Outdoor levels, as well as Great Britain.

“I had the honour of captaining all the teams except the British team, and overall earned 96 Scotland full caps and nine GB caps.”

Margery failed to win a place in the GB team for the Barcelona Olympics in 1992, but she was there to cheer as the team took the bronze medal.

She captained Scotland from 1990, including leading them to fifth place in the European Nations Cup in Brussels in 1991. But in 1995 she retired as an international player.

Leading Scottish sports writer Doug Gillon of the Herald wrote at the time of her announcement: “Her decision to stand down will surprise many in the sport, particularly when she was so close to the magical figure of 100 caps.

“That total would have been reached with comparative ease in Scotland’s build-up to the European Nations Cup in Amsterdam in June, even although she would not have been available for all 13 friendly internationals.

“But she never harboured such thoughts. Coutts was first and foremost a team member.”

She said: ‘’I cannot give the time to such a programme because of the commitments I have already as manager of the Scottish under 18 schoolgirl side and my work.’’

Margery was a member of the Scottish team which won two Home Countries championships in four years and beat their powerful England rivals in three consecutive internationals.

Doug Gillon added: “Her greatest legacy to Scottish women’s hockey, however, is the campaign she fought for them to be allowed to compete in the Inter-Nations Cup, despite no funding being available.”

The Scottish players, led by Margery, indicated to the Scottish Hockey Union that they were prepared to help in raising the finance involved in going to the competition in Singapore in September 1992.

She said: ‘’We feel as a group we want to pay to enable Scotland to remain in the mainstream of international hockey.

“We are prepared to chip in £1,000 each, with the balance coming from fund-raising and sponsorship.’’

She and her team-mates began a successful campaign of fund-raising projects, then set off to Singapore where they reached the final.

As a result they advanced to the Inter-Continental Cup in Philadelphia in 1993, but there they failed to quality for the 1994 World Cup in Dublin.

Her first senior hockey club was Aberdeen High School FP, where she played alongside her three sisters, and during this time the club was renamed Merlins.

She joined Glasgow Western — now Clydesdale Western — in 1985 and enjoyed many Scottish League and Cup successes and European campaigns with them, culminating in winning European silver and bronze medals.

Margery has been an ever present for Western, under its various guises according to whoever was the sponsor, for over two decades, playing in both outdoor and indoor competitions with great success — winning championships and cups galore.

She was a mainstay for her club at a time when they were credited with leading the way in introducing professional standards of coaching and physical fitness at the top level of Scottish hockey.

“I am still playing for Clydesdale Western 4s and captain the team,” she said. “Last year we won West District division one and the Scottish and District cups with a team made up of experienced players and talented youngsters.

“I thoroughly enjoy my own hockey, and it keeps me up to date with the new rules and also keeps me fit.”

Her coaching career began when she left school. She coached and helped organise the Scottish Schoolgirls Summer Residential Hockey Camps for over 20 years.

She was also manager of the Scottish under 18s with Wendy Justice as the coach, and managed the Scottish Women’s Indoor Hockey Squad alongside coach Gordon Shepherd.

At present she is involved with Scottish Vets Hockey, and she hopes to take part in the Masters Home Countries in June in Wakefield.

She continues to give the benefit of her experience to the young players at Western, and of course at Lomond School, where the success of some of her pupils has been a great joy.

“When I first arrived at Lomond, Gail Crawford was playing Scottish Schoolgirls under 18 hockey and she went on to gain her full international cap a few years later,” she said. “I did actually play alongside her in a friendly against China at Cramond in 1994.

“Nicki Skrastin played at the Commonwealth Games in Glasgow and a huge sketch of her appeared on a tenement wall in Partick to publicise the Games.

“Fiona Burnet, who left school in 2013 is currently involved in Scottish under 21s and travelled with the full squad to Germany in October with Nicki.

“It is great to think these two pupils are both involved in hockey at the highest level.”

At Lomond she met her husband Gerald Taylor, head of geography, and they have been married for ten years.

Despite her many hockey commitments, she and her husband like to travel and enjoy exploring other cultures and cities.

“Gerry enjoys curries and has a curry blog,” she said. “We try to sample different foods, and we try to find the best curry wherever we go!”