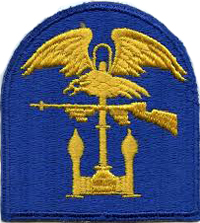 Norval Black, who now lives in Wormit in north east Fife, was a very young boy growing up in Rosneath during World War Two.

Here he records memories of that time.

I WAS very young, and being in Rosneath at that time made a deep impression which has remained with me all my life.

My father was a bomb aimer on Lancasters who was killed in 1944 and after that my mother and I stayed for a time in Rosneath with her brother, my Uncle Charlie, who had trained as a ships' carpenter with Millers of St Monans, but moved to Silvers Yyard and spent the war on MTB construction.

With Charlie I saw all sorts of exciting things; the Queen Elizabeth, then the biggest ship in the world, in grey troopship colours; an aircraft carrier with its bows blown off by a mine, and lots of shipping in the Gareloch and on the Clyde.

A less happy experience was being on bus from Helensburgh which stopped beside the loch in which a body was floating in the shallows. My mother pulled me away from the bus window and much later told me that the dead man was an American serviceman who had been killed in a knife fight.

And it was the Americans who provided the most memories. They were very good to us kids, and introduced me to Hershey bars and all sorts of other exotica.

We got to go to the camp cinema in which I was impressed by the fact that nobody smoked.

And through his hospitality to and friendship with a navy cook, Charlie saw foodstuffs which were largely unknown or at least a distant memory to the wartime British.

The only physical mementos I retain of these days are some badges the Yanks gave us kids, and this one is a shoulder patch worn by soldiers who took part in amphibious operation such as D-Day.