MARCH 10 is a special day for Luss and Loch Lomondside, and the island of Inchtavannach in particular.

It is the annual day of St Kessog — or St MacKessog, as some know him — who was a monk who came from Ireland and founded the original Luss Parish Church in 510 A.D. and a monastery on Inchtavannach, which actually means Monk’s Island. 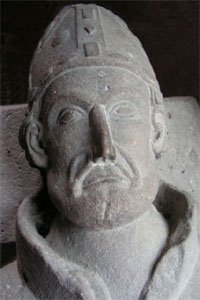 He was Scotland’s patron saint before Andrew, and Luss parishioners are already preparing to celebrate the 1,500th anniversary in 2010.

The highest hill on Inchtavannach has the name Tom nan Clag, which means hill of the bell, probably because it has a bell-like outline. But it is also believed that on the top of the hill St Kessog rang a bell to call his new converts to prayer. The hill is also known as Machessog’s Bell.

It is believed that St Kessog was buried at the southern tip of the island.

Ministers used to be required to write a Statistical Account of their parish, and writing about the island about the end of the 18th century, the Rev John Stuart of Luss opined: “A sweeter retirement, or one more adapted for contemplation, he could not perhaps have chosen.”

St Kessog may also have been responsible for the naming of Luss village.

Ronald McAllister, in his 1990 book ‘The Lure of Loch Lomond’, writes that in the Gaelic ‘Lus’ describes a plant or herb, or a garden, and one source claims that the name derives from the fragrant herbs which took root there and which were used to embalm St Kessog’s body.

St Kessog’s story has been researched and told by Donald McKinney, on behalf of Luss Parish Church.

He was born into the royal family of Munster in Southern Ireland in approximately 460 A.D. Even as a child he revealed himself to be very pious and holy. On one occasion when he was playing with neighbouring princes while their fathers visited Munster, there was a terrible accident and all the princes drowned except St Kessog.

When the visiting kings discovered what had happened, they were very angry and a major war was only averted by St Kessog who, after a night of prayer, brought the princes back to life.

Such was his holiness that he was sent to a monastery at Nendrum in County Down, where he was placed under the tutelage of St Machaloi.

In due course, and as a sign of respect, St. Kessog was sent to Luss to carry out missionary work. Inchtavannach was a brilliant choice for his monastery, as it lies in a very strategic spot governing all traffic on the loch. It also has a strange mystic beauty which William Wordsworth for one discovered to be most moving.

Nothing remains of St Kessog’s monastery, though very old ruins suggest a later building on the same site. A large house has stood nearby since 1760 and the present owners keep all types of livestock, as well as several horses. The producer of the STV 'soap' drama series 'Take The High Road' lived there for ten years.

There was an ancient monastic graveyard, and in the 19th century it was not uncommon for the farmer to plough up human bones.

There was also a cave on the island known as St Kessog’s cave, which was destroyed about 1860 when the area was blasted to provide building materials.

The Kessock Hill outside Inverness got its name from him. This means that he was involved in missionary work among the Northern Picts, whose capital was near there, forty years before St Columba, who is credited with bringing Christianity to them. He also travelled in Kintyre and Cowal.

Legend speaks of him being murdered near Bandry by brigands or mercenaries on the druid’s new year, March 25, near an ancient druid site.

The site was marked by a cairn to which pilgrims added stones as they arrived. In the 18th century, during roadbuilding operations at Bandry, an ancient statue of a man dressed in bishop’s robes was found.

Helensburgh Heritage Trust chairman Stewart Noble, in his 2003 book ‘By the Banks of Loch Lomond’, suggests: “Presumably the statue was buried there in a cairn for safekeeping during the Reformation in the 16th century.”

Both this statue and an older carved head, which are in Luss Church, are thought to be representations of the saint. However another theory is that the statue is of Robert Colquhoun, a Bishop of Argyll in the 15th century.

The holy relics of St Kessog have been lost. His crozier was in the trust of the Colquhouns who were the hereditary dewars or guards of St Kessog and who may even be descended from him. It was probably hidden or destroyed at the time of their massacre by the MacGregors in 1603, if not before.

King Robert the Bruce and his followers hunted for food in the hills around Luss during their march to Dumbarton after his defeat at Methven in 1306, a debt he repaid when he granted a charter to John of Luss (1292-1333) “for the reverence and honour of our patron, the most holy man, the blessed Kessog”. 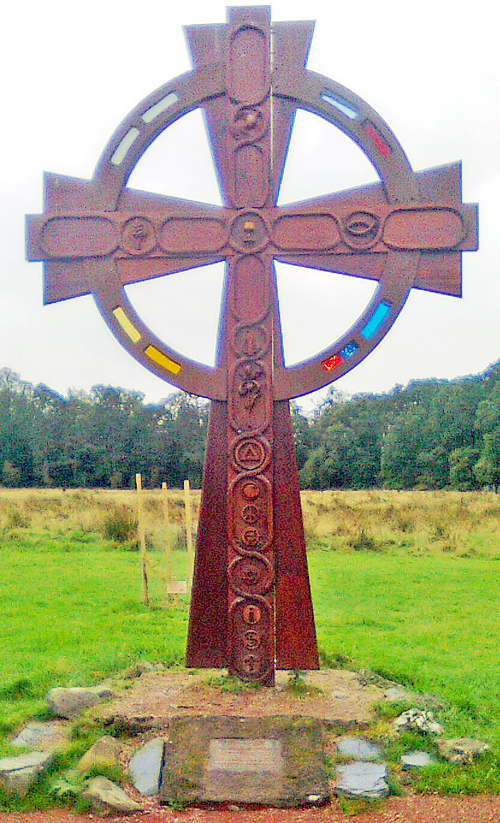 In 1323 the King also granted a sanctuary girth to the church of Luss “to God and the blessed Kessog”.

The reason for the reverence of St Kessog in pre-Reformation Scotland is difficult to explain, says Donald McKinney. For reasons unknown he captured the imagination of the common people in a way which St Andrew failed to do.

“It may have been that because he worked among the people they could identify with him as part of their community, unlike St Andrew who was imposed as a political compromise by Kenneth MacAlpin — the Scot who united Dal Riata with the Pictlands,” Mr McKinney writes.

“It may be because of his bravery working on the boundary of three Kingdoms often at war with each other. Or his exemplary life style of poverty and worship.

“We may never know, but within a short time of his death his name was the rallying cry to troops all over Scotland and at the famous battle of Bannockburn, King Robert himself incited the troops with the memory of St Kessog. His holy crozier and relics led the victorious Scots into the battle which was to set Scotland free.”

Luss parishioners celebrated the 1,500th anniversary in 2010, and a memorial cross was erected in the village.

The celebrations started on January 1, just after the stroke of midnight, with the ringing of an HM Submarines bell, borrowed from the Clyde Naval Base at Faslane, from Tom nan Clag, the ‘Hill of the Bell’.

On Sunday January 17 the Very Rev Dr John Cairns, a former Moderator of the Church of Scotland, preached at a special service in Luss Church, and on January 31 the minister of Glasgow Cathedral, the Rev Dr Laurence Whitley preached at a service to mark the link between the church and the Cathedral.