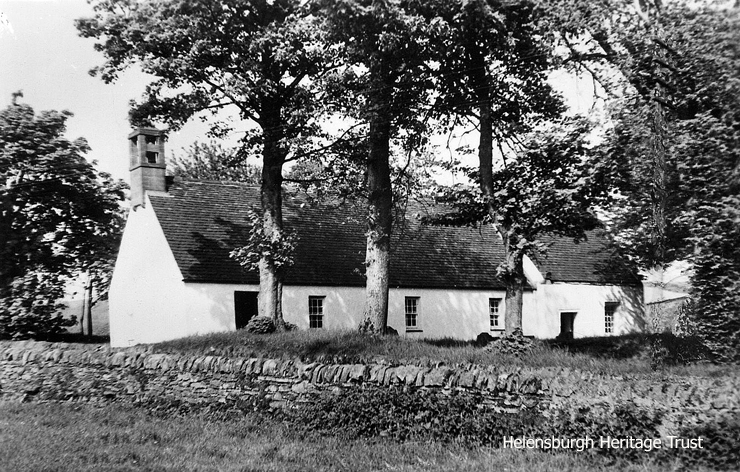 The monk settled on the boundary between Rosneath parish and Cardross parish.  He preached the Word, died there and was later enshrined in the little chapel his adherents had built for him and named after him.

By the 13th century this area was known as Kilmahew, Napier land and theirs the patronage. Thanks to Duncan Napier the ancient Chapel was rebuilt in 1467 and endowed.

Generations of the Napier family were buried in the chapel.  Later the sanctuary was sealed off and the nave became the school for the village children.

In the 16th the Reformation wrought great changes in church life. One consequence was that the Chapel of St Mathew became a ‘chapel of ease’, with a reader, such as one Adam Hutcheson, under the guidance of the Rosneath minister.

In the 17th century, 1643, the building was a contender for the Parish Church of Cardross, but a central site was chosen and the Chapel building fell into disrepair again.

The 20th century saw the Chapel restored yet again and serving the Roman Catholic community of the village.

Another great innovator who made people think was John McLeod Campbell, the minister of Row Church (1825-1831), whose name is associated with the ‘Row Heresy’.

His preaching of the Atonement and Universal Pardon as opposed to the Doctrine of the Elect and Predestination cost him dear. The power of a few individuals caused him to be deposed as a minister of the Church of Scotland.

He never gave up preaching, he simply travelled around the country spreading the Word as he always had. It is his belief which prevails today.

The people of this area had to travel to Row Church to worship, but there were ad hoc ‘preaching stations’ in the town.

One group to take advantageof this was Scottish Congregationalists from Glasgow. They preached on the seafront and were called missionaries by the citizens.

Some of the local population inspired by the preaching determined to build a church, which this doughty little band did in 1803 — almost on the site of the present United Reformed Church today.

Situated in the middle of a field reached by stepping stones, they built their church called the Tabernacle, The Home Mission or the Independent Chapel.

After overcoming many obstacles and achieving their goal the worshippers fell out over what to call themselves. Original Seceeders, Relief, or Independents?

The last mentioned had the majority vote, but the others could not agree and demanded their money back! The Independents managed to raise the money to buy the building, peace was restored and the nascent church flourished.

Unfortunately, the lack of a permanent minister between 1816-22 resulted in a dwindling of adherents to five males and seven females, until in 1824 a young minister took up the challenge and this brave little band grew in grace and numbers.

Their commitment resulted in a new church being built alongside the original building. In 1851, when a third, larger and finer Congregational Church was built, this second church became the hall as we know it.

The first Sunday School was established with the early churchgoers.

The Auld Licht Burgers had left the Established Church in 1773. In Helensburgh they first met for worship in a tent on Gorton Brae in the summer of 1882 and in the winter they met in the Old Granary.

The seating was made out of the wreck of an old coal boat which had been wrecked off Neddy’s Point — later known as Cairndhu Point and now as Kidston Park. 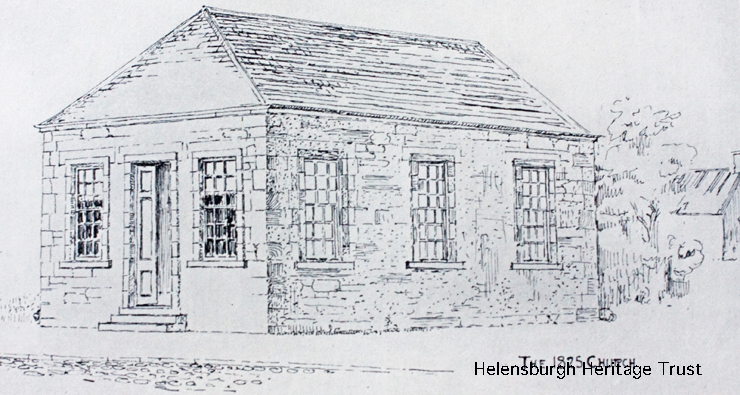 These stalwarts erected their own Church in the Square (left) in 1825. Later the congregation joined the Church of Scotland, still later they left that body to become The United Free Church.  In 1853 the foundation stone of a much larger church was laid.  A school was part of the ecclesiastical tradition.

In 1842 the first Divine Service for the Episcopalians of the town was held in a temporary chapel in a small flat in William Street.

From such small beginnings sprang a new church in 1843 in its own grounds called the Holy Trinity Chapel.

Two years later a school was added to the building in response to the ‘ardent educationist’ John Bell, the minister who fought for the right of all children to be educated even although no Episcopalians were allowed on the School Board of the proposed Industrial School.

1868 saw a fine French Gothic replace the previous Tudor edifice. The church, built on the original plot, was renamed St Michael’s and All Angels after the Celtic St Michael’s at Faslane.

Mrs Henry Bell, wife of the first commercial steam boat pioneer and first Provost of Helensburgh, Henry Bell, was a resourceful woman and a Seceeder.

With others of like mind she travelled to Dumbarton to worship, or alternatively they met in Mrs Bell’s home, The Baths Hotel (later the Queen’s Hotel), or the Old Theatre until such times as they had their own place of worship.

The result of this dedication was the ’Wee Kirk’ on King Street, the precursor of the United Presbyterian Church, renamed St Columba — now merged with the West Kirk to form Helensburgh Parish Church.

Mr Fogol, the minister of Row Church, with the support of his flock raised the money to build the church in Sinclair Street in 1847 for their churchless brethren. This became the Parish Church in 1862. 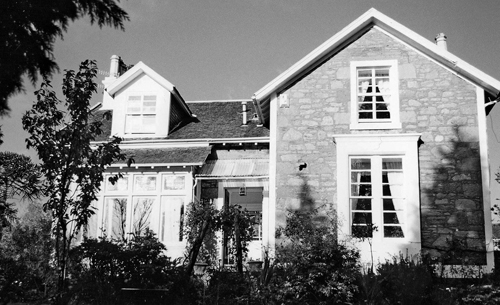 In 1831 a group of Scottish Baptists met in a house in William Street, including Robert Dickie. A small chapel was built in the grounds of his villa, ‘Glenlea’ in East Argyle Street (right) — later to be the home of Sir James George Frazer, a leading social anthropologist, folklorist, classical scholar and author — to serve the group.

They were baptised in the East Burn which flowed through the garden. A hall was built beside the burn and by 1837 there was a congregation of 15 which flourished until Mr Dickie's death in 1862 after which the ‘Scotch’ cause died.

1876 saw the Helensburgh Baptists walk to Dumbarton to worship. In 1881 eleven members met in the Masonic Hall and by 1881 there were twenty members.

Largely by the faith and persistence of Mrs George Chapman and her family, the decision to form a new church was taken. The present church in East King Street was built in 1886, and this small group sent a missionary to India.

The earliest meetings of a group of Roman Catholics were held in a hall in East King Street. The original parish was called St Bride’s, then two years later it was renamed St Paul of the Cross.