ARDENCONNEL House in Rhu these days consists of high quality flats . . . but in days gone by it was a holiday hotspot.

The B-listed mansion was built by the Buchanan family in the late 18th century, and its uses have included family home, holiday home, and Sergeants Mess.

It has a claim to political fame, as it was there that Sir Bernard Ingham — best known as Chief Press Secretary to Prime Minister Margaret Thatcher — proposed to the lady who became his wife, now Lady Nancy Hilda Ingham.

This gem of information was discovered quite by chance by one of the directors of Helensburgh Heritage Trust, Jenny Sanders, when she was on a cruise on board Swan Hellenic’s liner Minerva from Madeira to the Amazon.

Mrs Sanders said: “They have random seating at dinner so it was by chance that I was placed beside Bernard Ingham, who was one of the guest speakers on the cruise from Madeira.

“On hearing that my home town was Helensburgh, he recalled arriving by train to be taken to Rhu for a Cooperative holiday, during which he became engaged to his wife.

“He then turned to her to tell her of my origins. We attended all his talks which centred on the years at Westminster and were witty and entertaining.

“Next time we saw the couple was at Manaos Airport in Brazil where we stood in a queue for two hours in horrendous heat waiting for a flight to Barbados. 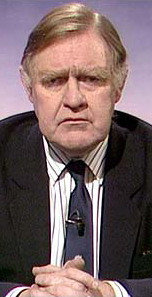 “Unlike others in that crowded room they were uncomplaining although Mrs Ingham looked quite frail.”

Sir Bernard trained as a journalist in his native Hebden Bridge, Yorkshire, and worked on The Yorkshire Post and The Guardian before joining the Civil Service on a short term contract.

It took him 24 years to get back to journalism as a Daily Express columnist.

In between, he was head of information in the Prices and Incomes Board and then Departments of Employment and Energy, working successively for Barbara Castle, Robert Carr, Maurice Macmillan, Lord Carrington, Eric Varley and Tony Benn.

Lady Thatcher recruited him in 1979 without having previously known him. She later called him “The best press secretary in the World”.

He travelled half a million miles with her and briefed the press on her behalf at 31 European and eleven Economic Sumits and six Commonwealth Conferences. He is still a journalist, broadcaster, and public affairs consultant.

The couple, who have lived in Purley in the London borough of Croydon for many years, were just two of thousands of people — often in groups with a religious connection — to stay at Ardenconnel, which was bought in 1899 by the Countrywide Holidays Association, and by 1908 could accommodate 120 guests.

The CHA is the oldest walking holiday company in Britain, set up in 1893 to encourage participation in, and enjoyment of, the countryside.

To this day, while no longer operating walking holidays, is still working hard to fulfil the vision of its founder, the Rev T.A.Leonard.

It is now a trust which combines the philosophical objectives of the CHA and the charitable activity of the Invited Guest Trust, and focuses much of its time on developing opportunities for children from deprived areas to enjoy field study trips, environmental education and residential countryside activities.

During the Second World War the mansion was requisitioned and used as the Sergeants Mess for RAF Helensburgh, which was the Marine Aircraft Experimental Establishment and tested seaplanes, bombs and other weapons. 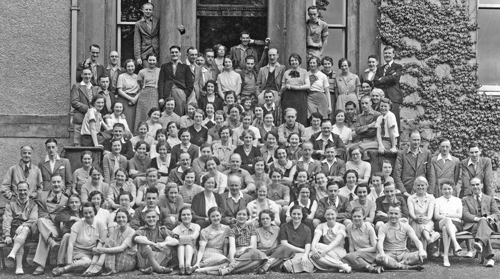 After the war it became a holiday home again, and in the 1960s it was nearly the scene of a major Helensburgh Advertiser exclusive, when a young man announced that he had hit the jackpot on the pools.

A reporter and photographer were dispatched by proprietor Craig M.Jeffrey from the Advertiser office in East King Street, and were greeted by the delighted winner who gave details of his background and what he planned to do with the money.

The photographer set up a picture of the winner with his feet up on a desk, clutching a cigar and a glass of champagne, and it was all set to be the front page lead in that week’s paper.

The story was written and set in hot metal type, the photo processed and scanned, the page designed and composed.

But hours before the paper was due to go to press, Mr Jeffrey sensed that there was something strange about the story. He got in touch with the pools firm, only to be told that there were no big winners in this area.

It was a hoax, and he was no longer at Ardenconnel House.