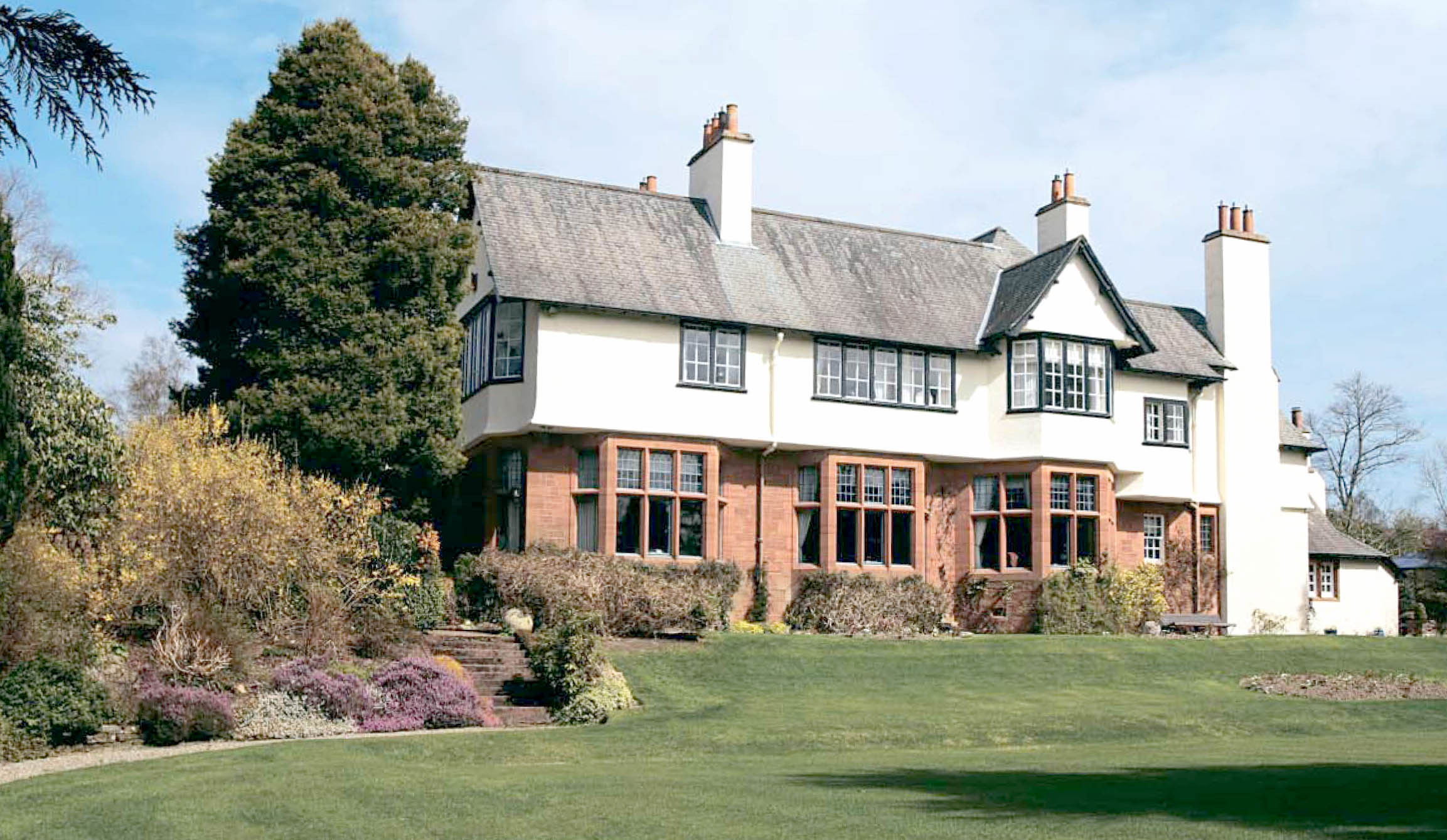 Said a spokesman for Savills Glasgow, who initially marketed the property: “Many dream of living in an Arts & Craft house by Lutyens. Lynton is a Scottish counterpart, full of inventive and intriguing flourishes that proclaim a first class architect has planned it to the last detail.

“Lynton is a masterpiece in the English Arts & Crafts style built. The villa is category B-listed, built of red sandstone with ashlar dressings, harled at the first floor, with mock half timbering. There are ashlar mullioned windows on the ground floor with overhanging eaves, barge boarded gables and a grey slate roof.”

Leiper (1839-1916) lived in the burgh from the early 1870s and became its most prolific and influential architect. With the coming of the railway to Helensburgh, fashionable money poured into the town and Leiper was well placed to design ‘art’ villas for his wealthy clients.

He worked on major projects in Glasgow and beyond, and his achievements included the Gothic Dowanhill Church, Camphill Queens Park Church, the banqueting hall of Glasgow City Chambers, the exuberant Sun Life building on West George Street, and the magnificent Templeton Carpet Factory — which is one of Glasgow’s most iconic buildings because of Leiper’s extraordinary use of polychrome brick, glazed ceramic and mosaic as external decoration.

While studying in London Leiper moved in a brilliant artistic circle with William Burges and E.W. Godwin. He designed some of the best ‘aesthetic movement’ houses in Scotland, including Cairndhu on the seafront in 1881, and also designed the Russian imperial yacht Livadia, at that time the largest steam yacht ever constructed.

At Lynton, Leiper took the unusual course — though very much a habit of his own — of entering the house on the rear elevation, thus taking full advantage of the sunny south facing elevation.

Lynton was designed for entertaining with three interconnecting main rooms. Internally the villa remains largely unaltered and retains many of its original fittings including Kauri wainscot panelling and broad Kauri pine panelled doors made in the traditional manner, fixed with wooden pegs not nails.

There are original solid brass door handles on all doors, magnificent sandstone chimneypieces and inglenook fireplaces.

Of particular note are the leaded windows with exposed stone mullions. The window latches are a mixture ofsolid copper and brass. The main public rooms have deep wooden cornices with coordinating beams and picture rails.

From the beautiful red sandstone gate piers the driveway sweeps to the rear of the property, to the main entrance on the north elevation. A welcoming panelled reception hallway with cloakroom off and panelled wooden doors leads to the three interconnecting reception rooms with Kauri pine coordinating beams and hardwood flooring.

There is a luxury fitted kitchen with built-in appliances, granite worktops and butler’s pantry off with original hardwood units. Off the kitchen is a breakfast room leading to the utility room, stores and an additional WC.

The first floor has the master bedroom, en suite bathroom and dressing room, five additional double bedrooms (two with en suite bathrooms) and a kitchen/living room which could be used for a wide variety of purposes. On the second floor there is a large office or recreation room with eaves storage.

The gardens to the south of the house have well manicured terraced lawns with a wide variety of deciduous and evergreen trees providing privacy. To the east is a terraced garden with an ornamental pond, surrounded by a variety of mature trees and shrubs.

To the north there is a double tandem garage with electric up-and-over door and additional gates leading to Kennedy Drive.

Lynton was originally named Polkemmet, and one of its early residents was a Provost of Helensburgh, Major J.F.Duncan, J.P.