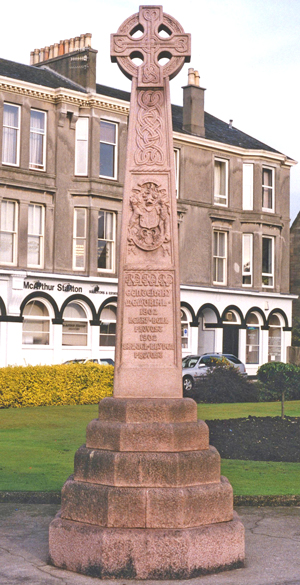 IN the year 1903, in honour of the Helensburgh's Centenary as a Burgh of Barony the previous year, Sir James Colquhoun of Luss gifted a memorial in the form of a Celtic Cross.

This memorial still stands in Colquhoun Square and, to celebrate the Bicentenary of the Burgh in 2002, Helensburgh Heritage Trust began to raise funds for a bicentenary cross, which was erected and unveiled in 2005.

It names all the Burgh's Provosts from the first, Henry Bell, to the last, Norman M.Glen C.B.E.

More details of the Bicentenary Cross can be found in the Trust section of this website, in the Projects category.