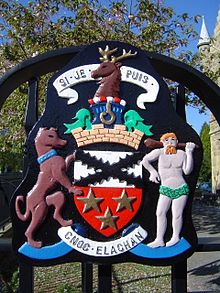 HOW was Helensburgh's name  chosen? A letter from Sir James Colquhoun recorded in the Minutes of Helensburgh Town Council of April 18 1857 explains.

I now enclose for the Magistrates a drawing of the arms for the Burgh seal.

It was suggested to me that in place of having merely the Sutherland quarterings, which are three stars, and which cannot be observed or understood by those who are not adepts in heraldry, that it would be better to have it what is called with one of the supporters of the Sutherland arms, and this was the usual practice in former times.

The seal can be made of any size that is wished with the inscription around it that was approved.

I observe that Mr Irving in his History of Dumbartonshire, in giving an account of the Parish of  Row, states, that the Barony of Milligs was purchased by my father and named by him after a daughter of the Duke of Sutherland.

This is wrong in every particular and it certainly does not say much for the accuracy of his history, when he makes so many mistakes in regard to a matter of such comparatively recent occurrence, and when he could so easily have obtained correct information from any of the old people of Helensburgh.

The Milligs was purchased by my great grandfather from Sir John Shaw of Greenock, Ancestor of the present Sir Michael Shaw Stewart, and he proposed to have a Burgh of Barony upon it, and commenced the Burgh by feuing different portions of the ground and named it after his wife, who was a daughter of the Earl of Sutherland [Sir James is wrong – see footnote], the Dukedom having been conferred on the Father of the present Duke. 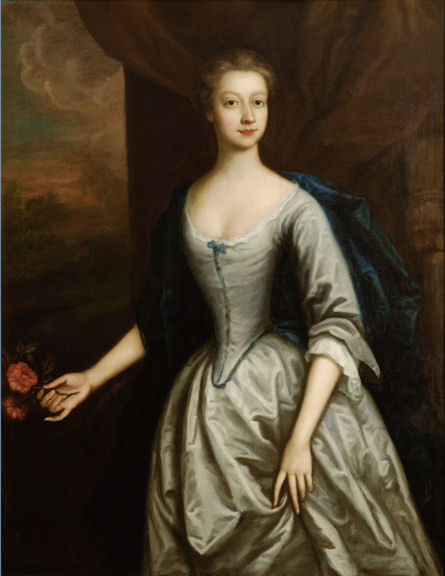 As regards the name of the Burgh, I have often heard my grand Aunts, the daughters of Lady Helen Sutherland (right) relate the following anecdote. My great-grandfather was much puzzled what to call the intended burgh. Many names were suggested to him, but none that he liked or approved of.

At last being in Company with a gentleman a friend of his he took occasion to mention the difficulty to him and to ask for his assistance. I see no difficulty about the matter his friend replied. Name it after your good Lady, call it Helens Burgh.

This is the name said my Great Grandfather and it was accordingly called. The Act constituting Helensburgh a Burgh of Barony was not however obtained until after the death of my Great Grandfather. I think the Magistrates should have some record showing who it was that commenced the Burgh and how it was named.

The Provost moved the following resolution seconded by Bailie Oswald, that the thanks of the Magistrates and Council are due to Sir James Colquhoun the superior for the pretty drawing of the coat of arms which he has kindly furnished us to aid us in modelling a suitable seal for the Burgh and also for the very interesting letter to the Clerk which accompanied the drawing which is illustrative of the origin of the Burgh and the manner in which it obtained its name which we direct to be recorded in the minute of our present meeting, and the original letter to be preserved in the charter chest.

And instruct the Clerk to forward to Sir James an excerpt from the minute of this resolution which was unanimously agreed to by the meeting.