HIS is a name well known in Glasgow . . . because of a decision he made at his Coulport home.

Visitors to the Botanic Gardens beside the city’s Great Western Road marvel at the huge Kibble Palace greenhouse, but it was first erected on the shores of Loch Long. 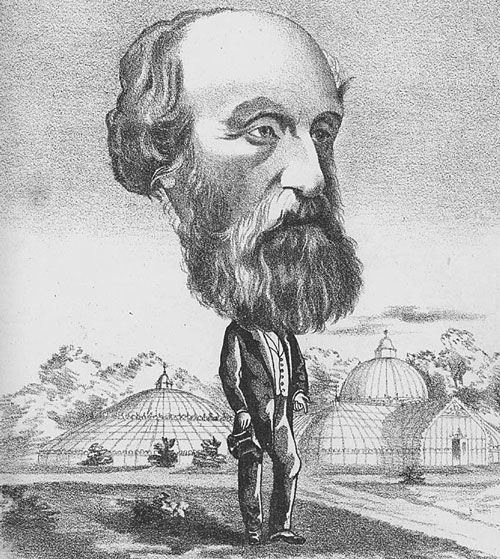 It was the idea of John Kibble, a Victorian entrepreneur and eccentric who was also an engineer, astronomer and photographer.

Born in 1815 the son of the owner of a Glasgow wire and metal warehouse, he made his home at Coulport House, a large Italian Romanesque villa.

In 1865, at the age of 50, he asked his friend John Boucher, who lived next door at Swiss Villa, and partner James Cousland to be the architects of a giant iron-framed glass conservatory, at that time known as ‘The Kibble Crystal Art Palace’

Cousland is said to have made a model in wire, to show Kibble what it would look like.

Six years later Kibble entered into negotiations to have the structure sold, dismantled and moved by barge to Glasgow, having originally offered it to Glasgow Corporation to be re-erected as a palace of art and concert hall in Queen’s Park.

Instead it was reconstructed in the Botanic Gardens in the West End.

It was much enlarged at the time of the move, with the addition of the large circular dome 150 ft in diameter and the extension of the transepts to form an impressive front elevation.

The new palace near the Byres Road junction opened in 1873. Its interior was lit by 600 gas lamps which could be coloured for effect.

The purchase of the Kibble Palace for the Botanic Gardens led the Royal Botanic Institution of Glasgow into serious financial difficulties.

In 1881 a loan was procured from the Corporation of the City of Glasgow to rebuild the main range of glasshouses which had been moved from the original site.

This was a fateful point in the history of the Gardens. The Institution was unable to repay the loan, and so the Corporation took over the running of the Gardens on April 1 1887. 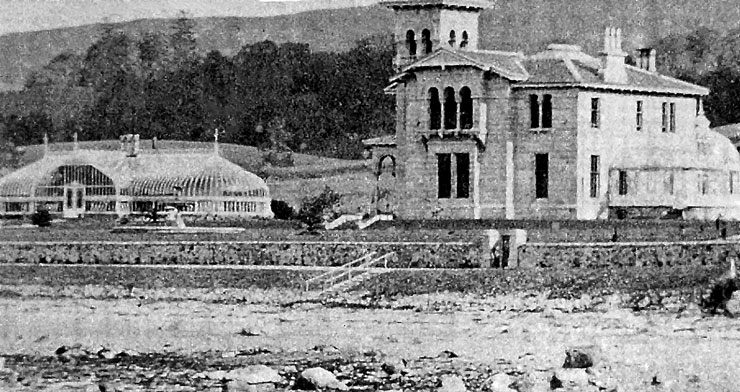 In the years which followed, their extraordinary acquisition has become world famous.

At that time, the Gardens were outside the city boundary. But in 1891 the City of Glasgow Act was passed, bringing the Gardens finally into the city’s possession.

The City of Glasgow is bound by law to maintain the Gardens as a public park and botanic garden in perpetuity.

Initially it was used as a multi-purpose entertainment venue. In May 1874 a meeting in the Kibble Palace was arranged by Moody and Sankey, North American evangelists who toured Scotland on a number of occasions.

By the time Moody arrived there were so many people both inside and outside the Palace he had to preach from the back of a horse-drawn cab.

Estimates of the time say 6,000 people were inside the Palace while a vast throng of between 15-30,000 were outside.

The two greatest British politicians of the Victorian era were installed as rectors of Glasgow University in the Kibble Palace, Benjamin Disraeli – Lord Beaconsfield – on November 19 1873 and William Ewart Gladstone in December 1879.

Between 1988 and 2004 the main range of glasshouses underwent refurbishment from the original wooden structure to a metal one.

The Kibble Palace closed in September 2003 and over the following three years was dismantled and restored off site before being re-erected on its plinth in the Botanic Gardens.

The building officially re-opened on Saint Andrew’s Day, November 30, 2006, after a £7 million  overhaul to repair its badly-corroded ironwork.

Inside the entrance, the first open area has a pond below a glass dome and to the left is the warm and humid Tropicarium.

It contains statues of King Robert of Sicily by G.H.Paulin and Cain by Roscoe Mullins. A passage leads past plants from Southern Africa to a statue of Eve by Scipio Todalini and the main dome.

All the plants are labelled and their country of origin is given. The eye is drawn to the mass of ferns and tall palms which gives the whole space an almost jungle-like appearance.

The tree fern collection was planted in the 1880s and today forms a National Collection. 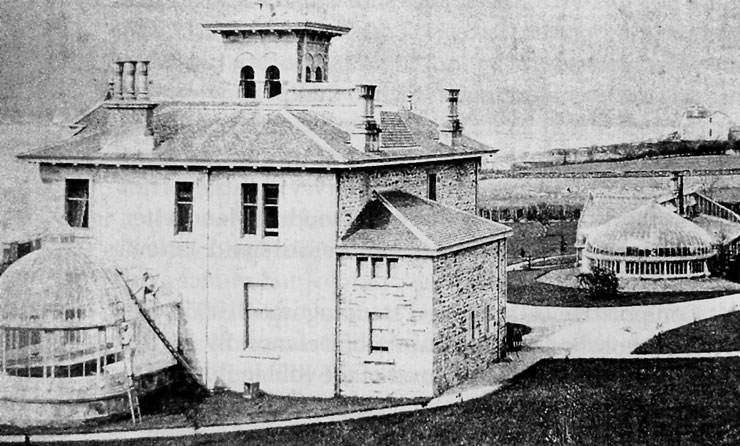 Heading clockwise round the dome, the plants are all from the Canaries, North America and the Mediterranean.

The Sisters of Bethany statue by Warrington Wood is on the right. The plants at this point are from South America and Temperate Asia.

The statues Stepping Stones by W.Thornycroft and The Elf by Sir Goscombe John are on the left.

Both sides of the path feature plants from New Zealand. The Nubian Slave by A.Rossetti and Ruth by Giovanne Ciniselli statues are on the right, and finally, there is a collection of plants from Australia.

John Kibble dabbled in many things, winning medals for his photographs using a camera, lenses and glass plates so huge they had to be moved around on a horse and cart.

His most quirky invention was a floating bicycle, on which he is said to have cycled across Loch Long, the only person ever to do so.

As a photographer he is best known for creating, in 1858, the world’s biggest camera. It was mounted on a horse-drawn cart and had a lens with a diameter of 13 inches.

He also served as the first president of the City of Glasgow and West of Scotland Photographic Association, set up in February 1860.

The Crystal Art Palace Waltzes were composed by George Hopkinson in the 1870s in honour of John Kibble, and were played by the Helensburgh String Quartet at the 2006 re-opening.

He died in 1894 at the age of 65. His villa and Boucher’s Swiss Villa were demolished when the Royal Naval Armament Depot was built.