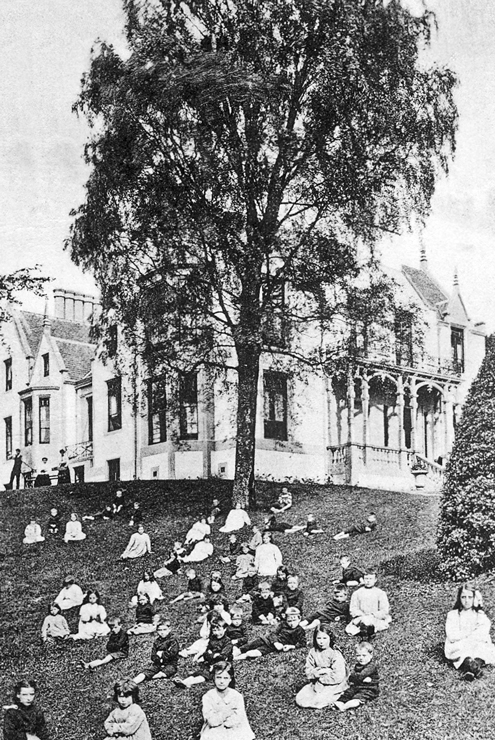 THE Helensburgh district is a very attractive holiday destination — and has been for many years.

That is the reason the area had so many holiday homes — most involved in the Fresh-Air Fortnight scheme.

In late Victorian times, the idea of providing children from poor homes in Glasgow with a fortnight's holiday at country locations was suggested, and acted on.

A scheme was set up under the auspices of the Glasgow United Evangelistic Association. Established in 1874, this was an umbrella body, encompassing the Bible Training Institute, the YMCA and the Young Men's Christian Club, among others.

Originally prayer-driven, the association soon began to operate from a number of centres in the city, where practical help was offered as well as spiritual support.

Eventually custom-built premises were provided in a palatial building in Bothwell Street, which opened in 1880.

This development was made possible largely through the generosity of industrialist and philanthropist James White, the builder of Overtoun House near Dumbarton and a close relative of John White, one time owner of Arddarroch at Finnart..

Around 1885, the first of a number of what came to be termed Fresh-Air Fortnight homes was opened by the association.

The idea was to give poor city children a fortnight's holiday in a country setting, which for most of them would be an entirely new and unexpected experience.

The emphasis on fresh air also suggests a desire to help tackle one of the great scourges of that period, tuberculosis.

Accommodation was provided in large villas donated to the association by their owners, and adapted to suit the needs of the children and those looking after them.

In each case, the home was placed under the supervision of a matron.

Glasgow was not the only place to take up the idea — Aberdeen also had a history of providing fresh-air fortnight homes.

The Fresh Air Fortnight initiative proved its worth, and was soon expanded.

In 1893 several new homes were opened, one of which was the villa Berriedale, close to the Gareloch at Shandon.

Built in the 1830s, it was bought by the Sinclair family of Caithness, who named it after one of the family titles, and after a few years sold to James Reid, whose only daughter, Elizabeth, subsequently married Sir Archibald Orr-Ewing, a wealthy landowner and Conservative MP for Dunbartonshire.

After Mr Reid’s death Berriedale passed into the possession of Sir Archibald and Lady Elizabeth, both of whom took a close interest in the work of the association.

Sir Archibald died in 1893, and Berriedale was made over to the association that year for use as a Fresh Air Fortnight Home, opening under the name of Ballikinrain Seaside Home.

The choice of name came about through one of Sir Archibald's other properties, Ballikinrain Castle in Stirlingshire, itself later used as part of the Fresh-Air Fortnight scheme,

In 1895, plans were announced to set up another Fresh-Air Fortnight home not far from Ballikinrain, at the villa Garemount.

News of a second home at Shandon proved controversial, however, and prompted several critical letters to the Helensburgh and Gareloch Times.

One was from F.C.Buchanan, a County Councillor, who wrote: “The Home is in direct antagonism to the expressed wishes of nearly all of the residenters between Faslane and Blairvaddick.

“I can safely assert that the property is quite unsuitable for the purpose — there is no shore, and the ground is very steep.”

Despite the objections, the home opened later that same year, and was named the Agnes Miller Wilson Fresh-Air Fortnight Home in honour of the benefactress.

In 1899, the association began work on behalf of physically infirm children, when it formed the Cripple Children's League of Kindness, and began setting up convalescent homes, and later a craft training centre.

The various homes that now came under GUEA went under the name of The Glasgow Poor Children's Fresh-Air Fortnight and Cripple Children's League.

Some of the homes, like those at Shandon, were intended for summer holiday purposes, while those used for convalescence and for destitute youngsters were in use throughout the year. 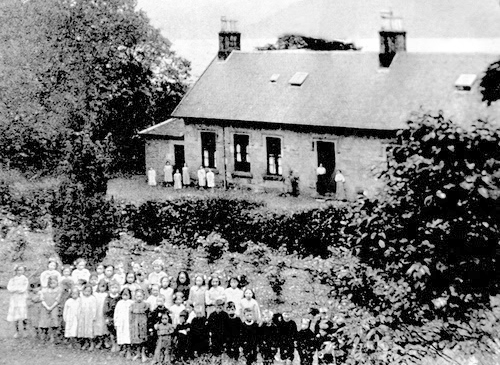 Holiday homes were established at Dunoon, Seamill and Maybole, and in due course another local one, the McQueen McIntosh Home at Ardpeaton Cottage, by Cove.

Convalescent homes included the Rockvale Child Welfare Home at Saltcoats, which could accommodate over 900, and the Ashmore Home for Convalescent Childen at Maybole.

There was an overlap, as the convalescent homes also offered fresh-air fortnights.

The association advertised in October 1912 that what they called their convalescent home at Shandon would remain open during the winter for the reception of children requiring fresh air and special treatment to get them fit for regular attendance at school.

The Eda Yarrow Convalescent Home, also at Shandon, did not open until 1914, and was not under the association which did not have a monopoly on homes for children.

Various other bodies also offered facilities, sometimes similar, and some of these were locally-based. However, all the Fresh-Air Fortnight homes were under the control of the Association.

All these facilities required considerable funds to keep them afloat, and the association regularly solicited financial assistance from the public.

An advert placed in the Glasgow Herald of June 28 1927 stated:

“Our 12 homes are full just now of happy youngsters and we wish to keep them packed till the end of summer, for there are plenty of needy cases.

“Past results amply testify to the social value of our work and we bespeak the support of our readers.”

The fresh-air fortnight homes were well used. In 1920, it was calculated that over the past 34 years, the number of fortnights given totalled 244,345.

The Helensburgh and Gareloch Times for August 13 1919 reported that the Shandon homes “continue to do excellent work, providing a vast amount of happiness and health for the city children.

“Arrivals and departures from the railway station are interesting events of the week, and the transformation of the youngsters is simply marvellous.

“Usually about 40 in number, they form pitiful arrivals, but they are brown, healthy and happy on departure.”

Ballikinrain seems to have been used briefly by the Boy Scouts at one stage, before reverting to its former role. 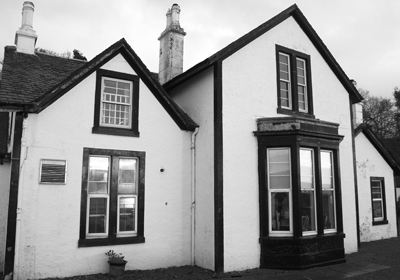 By 1929, however, the association had relinquished control, and the property came under the ownership of Brigadier General Norman Archibald Orr-Ewing of Cardross.

The family had almost certainly continued to be among the GUEA Trustees, and the property presumably reverted to them when no longer required.

By the following year, the house had been sold to Lieutenant Colonel D.C.Home of the Indian Army, its former name of Berriedale was restored.

By 1956, the property was owned by Agnes MacAuslan, and was known as Gullybridge House. In recent times, the house has found a new role as Lochside Care Home, and there are plans to implement major design changes.

The Agnes Miller Home at Garemount continued to function as a Fresh-Air Fortnight Home until the early 1950's, but by 1956 had been sold off for flats. The McQueen McIntosh Home at Ardpeaton Cottage at Coulport which was in use during the 1920s and 30s, and possibly before and after, also closed.

The association premises in Bothwell Street remained in use until the 1970's, when rising costs forced the sale to developers who demolished the building and replaced it with an office block.

Probably the best known Helensburgh district holiday home was Ardenconnel House in Rhu, the B-listed mansion built by the Buchanan family in the late 18th century, but it was for adult holiday-makers.

It was bought in 1899 by the Countrywide Holidays Association, the oldest walking holiday company in Britain, set up in 1893 to encourage participation in, and enjoyment of, the countryside.

By 1908 Ardenconnel could accommodate 120 guests and — apart from a break during the Second World War when it became part of the Marine Experimental Establishment, RAF Helensburgh — it continued in that role until eventually it was converted into flats.