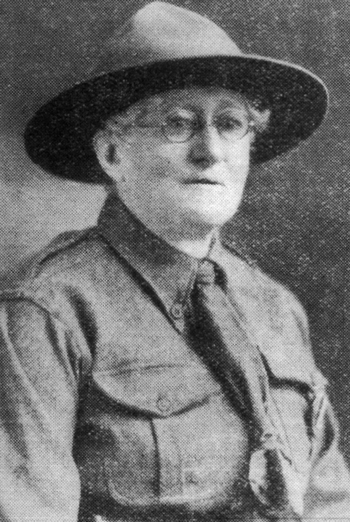 TWO streets in the Greenfield Housing Estate in the village of Garelochhead bear the names of village women — Mary Browne Walk and Francis Hendry Walk.

Mary Browne and Francis Hendry are remembered as great friends and benefactors of the village. When people ask about the names, there is quite a story to tell.

Helensburgh Heritage Trust director Alistair McIntyre has looked into their history, and he kindly provided the details which follow.

They both lived at different times at Bendarroch House, which was built in 1835 for Ayrshire-born Glasgow merchant and marine insurer James Browne, who was the moving force behind the building of a church in the village.

A relatively modest house, in its heyday in the 1870s it had half a dozen domestic staff, with separate houses for the coachman and the head gardener. There were ten acres of ground.

The Brownes were very involved in village life, and fellow villager William Hamilton mentioned them in his unpublished memoirs.

“The Brownes of Bendarroch were one of those families who lived to help other people, and the good work they did for our village can never be properly estimated,” he wrote.

“The children were lucky to have had them in their midst, and I have nothing but fragrant memories of a family who were a truly Christian family.”

A son of James Browne, Robert Bennett Browne, married a daughter of John Anderson of Finnart House, called Frances. The Andersons were extremely prosperous, and young Frances was a lady of some means.

This wealth was to prove very important to the Brownes.

It is believed that while Robert was away, a son entrusted with the running of the family business made a major error of judgement.

A ship was underwritten by him for a grossly excessive amount. The ship was subsequently lost, with the business left in turmoil.

The London and Edinburgh Gazettes reveal that the estates of Robert Bennett Browne were sequestered in 1888, and continued to be until his death at the turn of the century.

However Frances’s private wealth enabled them to continue to live at Bendarroch, although with a much-reduced staff.

They worked hard at growing food in three acres of the garden, and kept a few milking cows.

Robert and Frances had eight children, and one of them was Mary Caroline. She was born in 1867 and lived through the family financial crisis.

William Hamilton records that Mary was educated at South Kensington School of Art, and she taught the village children all she had learned there — including woodcarving, leather work, paper work, marquetry and basket making.

She and one of her sisters taught the girls to sew and knit, holding classes in the disused stables.

“When the Boy Scouts were instituted, Mary at once formed a troop and became a scoutmaster,” Willie wrote. “In my middle teens I became the assistant scoutmaster.

“Prior to that, I used to go to the big house on Saturday mornings to have lessons on relief carving, and she would often hand me books from their large library on anything I wanted.”

Mary also set up a troop of Girl Guides after that movement started in the UK in 1910.

When World War One began in 1914 she put her Scouts and Guides to work gathering bags of sphagnum moss, used for wound dressings, and making other comforts for the men at the Front.

She continued to live at Bendarroch, along with several of her siblings, but the stringencies of war meant that the fabric of the house was deteriorating badly. Early in 1918, Mary moved to Lennoxbank, a now-demolished house at Faslane.

She had four brothers and three sisters, none of whom ever married. Two brothers farmed for many years in Canada, and another one was killed in the Boer War.

Of her sisters, one died in her early twenties, while another spent most of her later life in London. Mary died at Lennoxbank in 1930. 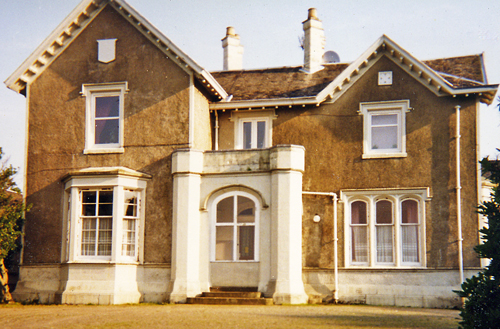 Brigadier Patrick Hendry, a Glasgow businessman, bought Bendarroch in 1919. He had three daughters, and one of them, Frances, played a key role in the future of the house.

She paved the way for the sale of Bendarroch and ten acres to Helensburgh District Council in June 1954 for £2,500.

She was behind plans for a football pitch, tennis courts, children’s play area, a putting green, and other amenities, and for the house to be used for educational purposes and as a public library.

In 1956 Bendarroch and one acre of adjacent ground were sold to Dunbartonshire County Council at a cost of £1,600, clearing the way for a new village school to be built there.

Garelochhead Primary School was formally opened in 1960 at a cost of £75,000, incorporating the existing house.

Miss Hendry moved to a cottage in Helensburgh, living there until her death in 1965.