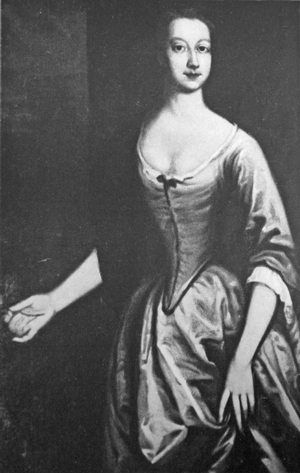 HELENSBURGH has a fascinating history . . . and part of it is the fact that it can be traced from its beginning in 1776 through the aspirations of one family, the Colquhouns of Luss.

A pleasant line of research is to walk around the town noting the street names while being aware of names that had been proposed by succeeding lairds and their architects, and pondering why some had not been accepted.

Although the early town was small with few streets for the expected workers, such as the bonnet-makers and weavers — as advertised for in the ‘Glasgow Journal’ on the 11th January 1776 — as the town grew succeeding generations of Colquhouns ensured that prominence was given to the founder, Sir James Colquhoun, 1st Baronet, and that of his wife, Lady Helen Sutherland, grand-daughter of the 19th Duke of Sutherland, in whose honour the town was named.

I used to wonder why there was not a memorial to the clan in the town, considering their early generosity, until I realised that the whole town was their memorial.

For example, Colquhoun Square was the original town centre. The street numbers started at Colquhoun Street, but now they start at Sinclair Street. James Street and Grant Street remind us that the founder was a Grant of Pluscardine. Sinclair Street had been the Luss Road.

Lady Colquhoun’s lineage was also recorded in full.  The half-arc proposed above Upper Sutherland Crescent was to be called Duke Street and the short Knox Street, which ran from the seafront to King Street, was renamed Sutherland Street sometime after 1845, allowing Sutherland Street a direct line through the crescent.

Knox Street had been proposed on an early Fueing Map but Wallace Street featured in a street report of 1845; it was renamed  Charlotte Street.

The aristocracy had been well represented from the town’s earliest days. For example, the Dukes of Argyll and Montrose.

John Street and Campbell Street are probably for Lord John Campbell of Ardincaple. However the Duke of Roxburgh seems to have fallen out of favour as his named street became Old Luss Road.

Roxburgh and Drumfork Road figure prominently in a report 1854 regarding the protracted negotiations between the Railway Company and the Town Council. This report highlighted the difficulty of placing a railway line in the area of the Turnpike Road, now Clyde Street and Drumfork; this area is now Craigendoran.

The Turnpike Road Act of 16th June 1834, resulted in improved roads. In 1837 the Trustees in charge of this area had to deal with a road from Drumfork to Arrochar.

Almost all of the committee lived in the east end of the town and objected to paying for a road as far as Arrochar. They proposed that the Turnpike Road should be in three sections — (1) Dalreoch to Drumfork; (2) the main street in the town, which became Clyde Street; (3) from Lord John Campbell’s east gate at Ardincaple.

Royalty also figured prominently. King Street, for example, is on a very early map, Albert Street, most of which became King Street, except for a short street in the east end of the town. Princes George and William — Hanover Street, Victoria Road and Sax-Coburg Crescent were all mentioned in the 4th Baronet’s plans.

The 2nd Baronet employed Peter Fleming to draw up plans to reflect and enhance the status of the town as a Burgh of Barony in 1802. The town was becoming popular as a sea-bathing resort, the oldest on the Firth of Clyde. In 1857 they conceived a plan which reflected this thinking.

The 4th Baronet’s Fueing Plan for an extension to the town was much more ambitious. Both the laird and his architect, William Spence, were aware of the difference the coming of the railway would make to the town. In 1857 they conceived a plan accordingly.

In contrast to the rigid grid pattern William Spence proposed beautiful, sweeping crescents and flowing streets on the hill at either side of the town in a mirror image of design.

On the west side, Victoria Crescent would fan out in a symmetrical arc, of which only the lower curve remains as Barclay Drive; Suffolk Street was to be the main street through its centre; Harrow Street branched out to the west of the crescent, parallel to the now named Duchess Park and on the level of the present Edward Drive — this area is now a housing estate and Strathclyde Court and grounds.

The replica on the east side was to be called Saxe-Coburg Crescent, bisected by Hereford Street. The nearest to this is Lochranza Drive; the whole area is now Clyde Arran and Churchill estates.

From Hereford Street the plan was to turn into Belmont Street, now Havelock Street, or southwards to Belmont Circus, from which the road joined Henry Bell Street, or alternatively, to Upper and Lower Clevethland Street — now lost — both of which led to Roxburgh Street. The whole area is now the Kirkmichael Estate.

The town continues to grow to this day, and the new street names reflect yet another change in the character of the place. A large area has a nautical theme, reminding us of the naval presence.