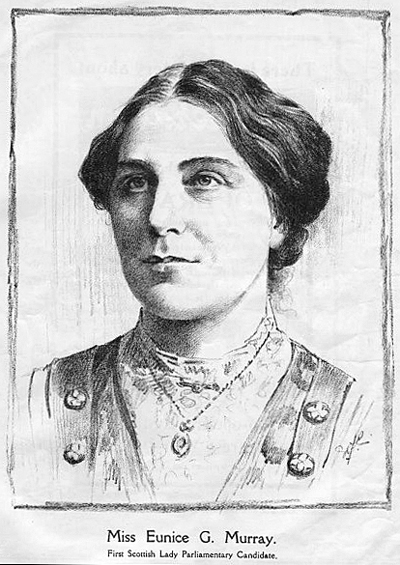 A CARDROSS woman was both one of Scotland’s foremost activists for women’s rights and the first Scottish woman to stand for parliament.

But Eunice Guthrie Murray MBE, who died of a stroke on March 26 1960 at the age of 82, was also a key figure in the village and was closely involved with many local activities.

Eunice, who lived at the family home, Moore Park, throughout her life, was born there on January 21 1878.

She was the youngest daughter of an eminent Glasgow lawyer and writer, Dr David Murray, who was a keen local historian, and his wife, Frances Porter Stoddard, daughter of an American family living in Port Glasgow who had links back to the campaign for the abolition of slavery. Her father Arthur was head of the famous Stoddard carpet firm in Elderslie.

She was educated at St Leonard’s School in St Andrews, and soon became involved in local charitable and temperance activities.

Her father was an active campaigner on feminist issues, having helped to found the Glasgow Ladies Higher Education Association in 1876.

He wrote important works in all these fields, and was involved with Glasgow University throughout his life, serving for many years as chairman of the library committee. He donated most of his personal collection of 15,000 books and 200 manuscripts to the University Library.

Along with her mother, who was an expert on Scottish song, and her sister Sylvia, Eunice joined the Women’s Freedom League, became secretary ‘for scattered members’ — those who lived outwith Scottish cities — and by 1913 was president of the League in Scotland.

She was one of four suffragettes arrested for persistence in addressing crowds at Downing Street and Horse Guards Parade, and her suffrage activities took her not only to England but also as far afield as Budapest in Hungary. 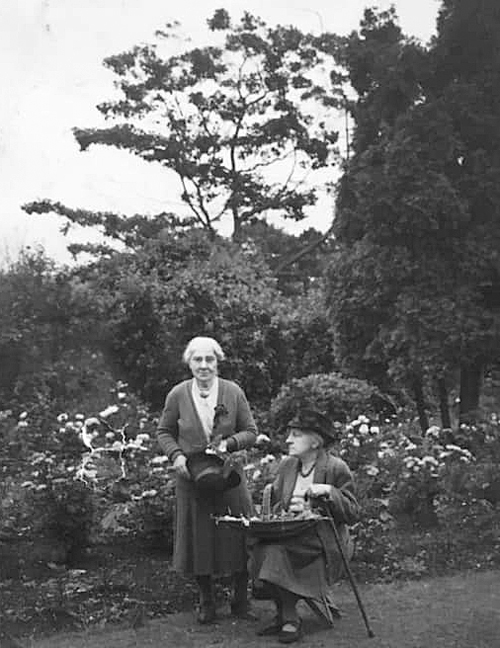 Eunice (on the left of this picture with sister Sylvia in the garden of Moore Park) collected cuttings about suffrage, wrote pamphlets, and went on to public speaking and writing political fiction dealing with the suffrage struggle and the harsh conditions in which working-class women led their lives.

Later she wrote a memoir of her mother, books about places both exotic and local, and books on the history of Scottish women.

In 1913 the Glasgow Herald printed a letter from a male correspondent suggesting that if only more people, particularly cabinet ministers, could hear Eunice Guthrie Murray speak, “the vote would be won without delay.”

Five years later, women having finally won the right to vote and stand in general elections, she became the first woman to stand in a parliamentary election in Scotland.

She contested Glasgow’s Bridgeton constituency as an Independent, but finished a distant third behind the Coalition Liberal and the Labour candidates, polling less than 1,000 votes.

In 1923 she was elected a member of Dunbartonshire County Council, not long after becoming the first president of the village’s Scottish Women’s Rural Institute, the first in the county. She made a huge impact in both organisations, and in many others.

That same year she wrote in a pamphlet entitled ‘Warrior Women’: “We have always held, and hold now, that it is because men and women are so different, and not because they are so alike, that we require the vote.

Her most famous quote was: "Women have a two-fold calling, for not only are we as wives and mothers the guardians of the future, but we are also the custodians of the past." 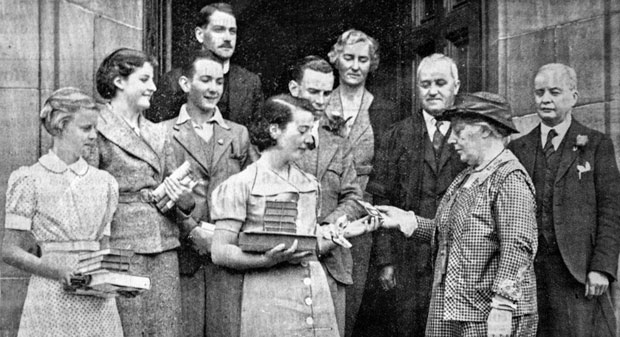 Eunice died at Moore Park on March 26 1960 from a stroke brought on by cardiovascular degeneration.

At her funeral in Cardross Parish Church, the minister, the Rev. A.A.Orrock, recalled some of the highlights of her long life.

He said: ““There were her schooldays at St Andrews; her active interest in the Suffrage movement; her association with the Women’s Freedom League. She was a woman with deep convictions and she was ever ready to pay the price of her convictions.

“She was the first woman candidate in a parliamentary election and though she did not succeed she blazed a trail for those to follow her.

“She played a very full part in Local Government especially in the Council work of this County.

“She was one of those concerned with the Loch Sloy Water Scheme, and anything that was going to further true welfare, as, for example, good and adequate housing and education always commanded her full support, sympathy and practical help.

“In 1945 there was a fitting reward for this public service in her appointment as a Member of the Order of the British Empire.

“She was keenly interested in the work of the Women’s Rural Institute. A co-founder of the Institute in Dunbartonshire she was both a County and Local President.

“A founder member of the National Trust, she served on its Council and Executive in its earliest days. To this and many other good causes she contributed most generously.

“She was chairman for many years of the Committee of Management supervising the affairs of the Geilston Hall in this village; likewise chairman of the Cardross Trust, an office she held until her passing.

“The Bowling Club, the Football Club and the Tennis Club all had her backing. The opening of the Bowling Club this year will seem strange without her. It was she who played the first service on the Tennis Courts when they were opened nine years ago.

“We remember her literary work and books such as ‘The Old School of Cardross’ and ‘The Church of Cardross and its Ministers’, to mention only two of them.

“She maintained a life-long and active connection with the Parish Church of Cardross and she was ever ready to further what she believed were its true interests and the interests of the Church at large.

“Many were the people she helped — but only she and they knew.

“Those who knew her best will remember her not only for her life of devotion and service to the public good, but for what she was in herself — a woman who trusted in God and did right.

“Her lifelong partnership with her gifted and tender sister Sylvia was a precious treasure to her, and when it was broken she carried on courageously by herself greatly helped by those who waited on her. Latterly the flesh was weak but the spirit was strong. 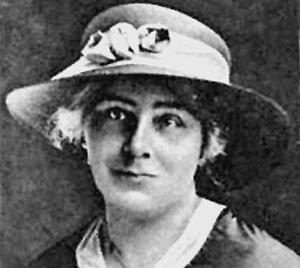 At the Dunbartonshire SWRI Federation meeting in the Gas Showrooms, Helensburgh, a few days later, delegates from every institute within the Federation paid tribute to their founder member, and president Mrs Nodwell spoke of the brave and indefatigable campaigner for women’s welfare who was Dunbartonshire Federation president from 1930-48.

Mrs Nodwell said: “As long as the flag of the SWRI flies, so long will the memory of Miss Eunice Murray be revered.”

Two years before her death, Miss Murray asked the Helensburgh and Gareloch Horticultural Society to accept the gift of a silver cup for annual competition by their members.

It is a permanent reminder to district gardeners of the deep love she had for all things beautiful and an absorbing interest in the gardening craft.

■ The Cardross branch of the SWRI was founded in 1922, and it was the first institute in Dunbartonshire.

A history of the branch noted: "The minutes go right back to 1922. It's quite amazing. The first president, Eunice Murray, was the guiding light. It looks like she was quite a fan of drama. The WRI was very popular. Cardross was a big farming community. I suppose back then there wasn't much else to do."

In 1923, a drama circle was formed by the group and many plays and sketches were performed over the years. A regular whist drive and dance was held in January each year at the cost of one shilling for members and two shillings and sixpence for non-members.

A sewing circle was formed in 1924, and in 1938 items were brought to Miss Murray's home at Moore Park to be embroidered for the Queen's Gift for the Empire Exhibition.

During World War Two, members knitted socks, mittens, gloves, scarves and helmets for servicemen and took part in a government jam-making scheme. The Geilston Hall was hired for a week and Dumbarton Gas Company were asked to put in eight gas rings.

The ladies also mended and darned clothes for soldiers who lived locally, while monthly baking and handicraft competitions were also launched — a practice which is still followed today.