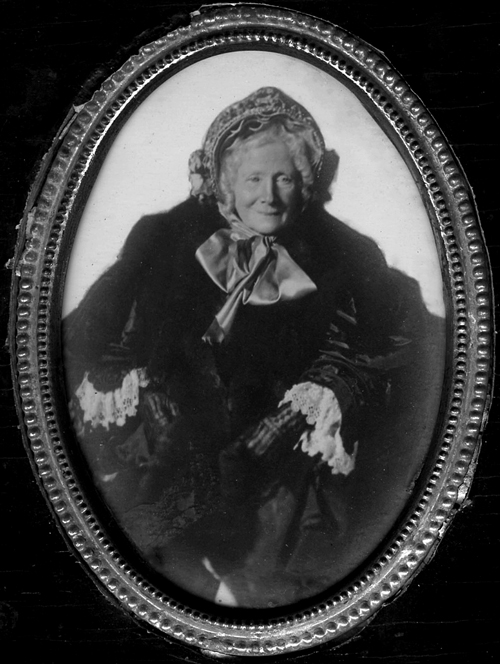 FLAGS were at half-mast throughout Helensburgh and Rhu when a much-loved centenarian died at what is now the Ardencaple Hotel.

In the summer of 2011 a photo of Rosina Drew when she was 100 turned up in the United States after a house in the Kansas-Missouri area was cleared, and hers is a fascinating story.

She was born Rosina Elizabeth Douglas on August 31 1811, daughter of master mariner William Douglas and his wife Rosina Service, at their Troon home — almost a year before Henry Bell’s Comet began to ply on the Clyde and four years before the battle of Waterloo.

She spent much of her youth with her widowed aunt, Mrs Gilbert Douglas, at Orbiston in Lanarkshire.

One of the reasons she was well known in later life was because when she was 18 she met literary giant Sir Walter Scott.

He paid a three or four day visit to her aunt in Orbiston, and the young Miss Douglas was delighted to be old enough to be included in the dinner party invited to meet the distinguished guest, who seemed happy and in almost boyish spirits.

Rosina used to spend part of each season in London, and she was a regular visitor to Glasgow where she met and married businessman Peter Drew. They had no children.

About 1860 they made their home at Ardencaple House, built by the Duke of Argyll earlier in the century for use as an inn — which it was to revert to after Mrs Drew’s death in 1912.

Mr Drew died at the Garelochside mansion on March 18 1877 at the age of 68, but his widow remained there with her servants for the rest of her life.

She played an active part in the community, and was a generous donor to local causes, particularly the Empress, a training ship for boys moored in the Gareloch opposite her home, and the Helensburgh Boy Scouts.

On a glorious day in June 1911, on the eve of the Coronation of King George V and a few weeks before her 100th birthday, Mrs Drew — described as looking extremely well — presented a new flag to Row (now Rhu) School.

Her carriage arrived in the playground, which was packed with pupils, parents and local dignitaries, and stopped opposite the flagpole, which she had also donated.

From the carriage she unfurled a blue ensign, then the children sang the national anthem.

In August half of the 60-strong Helensburgh Boy Scouts paraded for the first time to Ardencaple House to acknowledge Mrs Drew’s kindness in sending a detachment of them to the Coronation Review in Edinburgh.

They presented her with a bouquet and a ‘thanks badge’, a small silver charm devised by General Baden-Powell to be given to those who do good turns to the Boy Scouts. Every Scout throughout the land was bound, on seeing a thanks badge, to salute the wearer and ask if they could do anything for him or her.

Mrs Drew expressed her delight at receiving the badge and bouquet, and assured the boys that she would continue to take an interest in them in the future. They then adjourned to the garden where they found that she had provided lemonade, sandwiches, tarts and buns for them.

To mark her 100th birthday she presented the current communion table in Rhu Parish Church. She was present for the dedication on August 30 — the day before her big day.

The front of the oak communion table, made in London, has a machine-carved representation in deep relief of Leonardo da Vinci’s painting of the Last Supper.

On her 100th birthday, flags were displayed at the Municipal Buildings and at the Board schools of the town and parish, and King George sent his congratulations.

The letter read: “Dear Madam, The King has been informed that you will celebrate your hundredth birthday on the 31st instant, and His Majesty desires me to express to you his hearty congratulations upon having attained this wonderful age, and he hopes that you are in the enjoyment of good health. Believe me, dear madam, yours sincerely, Stamfordham.”

She was visited and brought baskets of flowers by Lady Inverclyde and the Hon Emily Burns, Lady Leith-Buchanan of Ross Priory, and the Lord Provost of Glasgow, Sir Archibald McInnes Shaw, to whose wife she was related.

Congratulatory letters, telegrams, cablegrams and presents arrived from all over the world, and she was presented with a book by Lady Inverclyde containing the autographs of many friends and well-wishers, including the Duke and Duchess of Argyll, Admiral Togo — a famed Japanese war hero sometimes called the ‘Nelson of the East’ — and others.

She died on Wednesday August 14 the following year after a short illness, 17 days before her 101st birthday. Flags on public buildings, the Empress and at many private homes were at half-mast on the news of her death.

Her funeral took place a few days later from Ardencaple House to Sighthill Cemetery in Glasgow.

The Rev John M.Webster MA, minister of the parish of Row, conducted a simple service at the house, and the Empress Pipe Band played outside. Local shops on the route to Helensburgh Central Station were closed.

Other friends joined the cortege at Queen Street Station, and the funeral party proceeded to Sighthill Cemetery where the service was again conducted by Mr Webster. 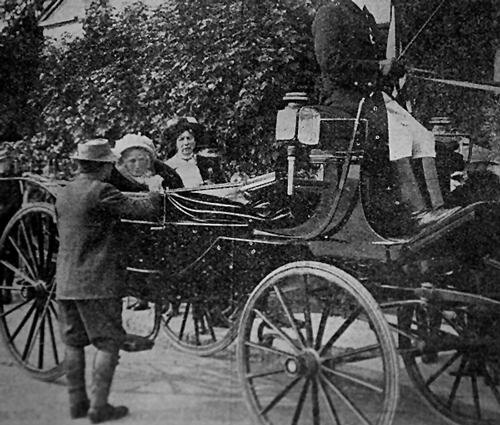 The many floral tributes included wreaths from Lord and Lady Inverclyde, Mrs Drew’s cousin the Hon Mrs Edwardes, the Countess Gleichen, and the servants at Ardencaple House.

At the next Sunday service in Rhu, Mr Webster said: “A very unique and winning personality has gone from us, notable for her long life, but also endeared to this community by the keen and generous interest she always took in everything that contributes to its welfare.

“She was remarkable in more respects than one. The very fact that she was more than a century old made her so. Her life covered the most progressive era this world has ever seen. She passed through it all with an intelligent eye and a kindly heart.

“She never met a genuine and deserving appeal with refusal. She carried with her to the very end all her faculties, comparatively speaking unimpaired.”

The portrait of Mrs Drew, which has been returned to Helensburgh, was taken by the well-known local photographers, W.D.Brown & Co., but it is not known how it came to be in the United States.

The other picture, which was published in the Helensburgh and Gareloch Times, shows her carriage arriving for the Scouts presentation ceremony.