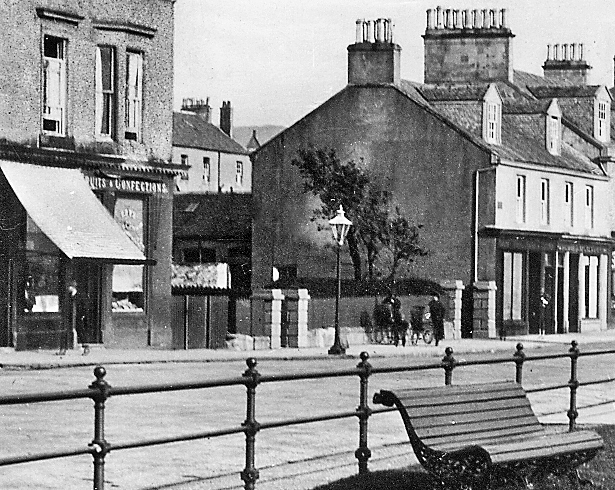 A ROMANTIC elopement did not bring happiness to a society beauty who spent much of her life in Helensburgh and district.

Lady Augusta Campbell — after whose home the former Augusta Lodge café on Helensburgh seafront was named — was born on March 31 1760, a daughter of the 5th Duke of Argyll and his wife who was the widow of the Duke of Hamilton.

Her marriage to a well-known gambler upset the Duke, who never forgave her.

She grew up at Inveraray and Rosneath Castles, and as a glamorous teenager went to London and became well known in society.

She posed for leading artists of the day, and London’s National Portrait Gallery was bequeathed in 1927 an engraving of her at the age of 16 by Gabriel Scorodoomoff.

Sought after by the young men of the aristocracy, Augusta was once given a valuable diamond necklace by a Prince, but her mother considered it improper that it was not accompanied by an offer of marriage — and sent it back.

Another suitor was Lord Graham, eldest son of the Duke of Montrose.

A society paper of the period gushed: “Her dress was a pea-green satin enriched with a gold trimming and a great quantity of artificial flowers. 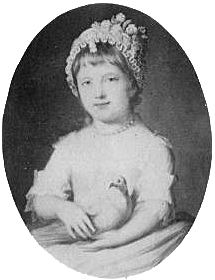 “The elegance of this young lady’s person, her graceful manner of dancing, and the particular taste of her dress were exceedingly admired.”

Despite being much in demand, she remained single until she was 28 when she married the son of General Sir John Clavering KB and his wife, Lady Diana West, at Bicester, Oxfordshire, on February 5 1788.

Her husband, Colonel Henry Mordaunt Clavering, was a notorious gambler, and the story is confirmed in her ‘Memoirs of a Highland Lady’ by Elizabeth Trant of Rothiemurchus.

She wrote of “Lady Augusta Clavering, once Campbell . . . who ran off from a masquerade with a lover who made her bitterly repent she ever took him for a husband.”

They had three sons — one of whom was born in the Duke of Argyll’s apartments at Holyrood House in Edinburgh — and a daughter.

But the marriage was not a happy one and after some years both agreed to part.

Augusta Lodge in West Clyde Street, one of the oldest houses in Helensburgh, was built about 1804 by a Dr Gardiner.

She lived in this plain but substantial house with a lawn in front and an iron fence next to the street in order to be near her family.

Her brother, Lord Frederick Campbell, lived at Ardencaple Castle., and once her father died in 1806 she was able to spend more time at Rosneath Castle. 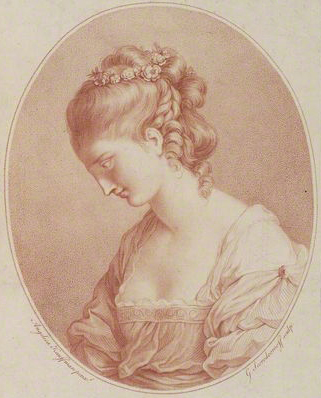 This is confirmed by W.C.Maugham in ‘Rosneath Past and Present’, and he noted that she always attended the Monday dinner of the Rosneath elders after Communion Sabbath.

She also owned No.11 Queen Street, Edinburgh, where she played bridge with friends.

By 1825 she was living in a cottage at Rosneath, and she was visited by a diarist of the time, Helen Graham.

She wrote: “We found her at home, just sat down to breakfast after having been bathing and quite alone, though apparently perfectly happy . . .

“She seems really to have brought her mind to her means. Simple as is her abode, there is an air of elegance over it.

“The little bits of toys and trinkets lying about had evidently, like their mistress, seen better days — a cup wanted a handle, a cupid a wing and so on, but they seemed to please their owner.”

Lady Augusta died on June 22 1831 at the age of 71. She was predeceased by her three sons, but survived by her daughter, Mrs Catherine  Fletcher.

Augusta Lodge was converted into two flats, then the café building, which now contains two restaurants, was built on to the front of it.