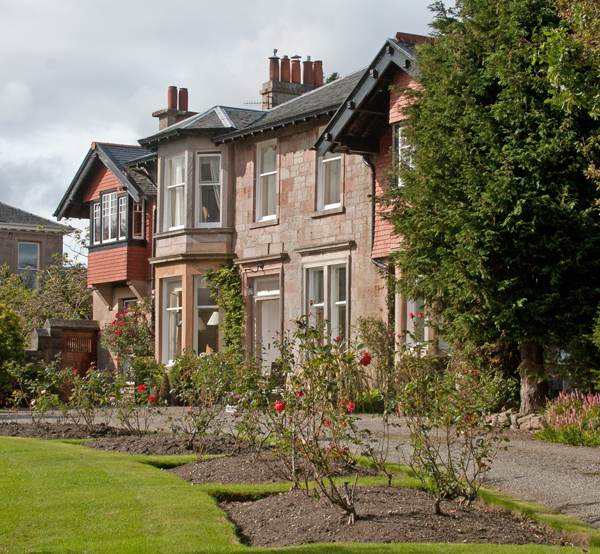 A POPULAR Helensburgh doctor of the past was instantly recognisable because he almost always wore a white hat.

A man of means, Dr Sewell employed noted architects William Leiper and then Robert Wemyss on extensions to the mansion in 1895, 1898 and 1907, and lived there until his death.

He came to the burgh to become partner to established GP Dr Douglas Reid after being in practice in Kincardine, and quickly became highly regarded.

A contemporary said of him: “Without doubt, Dr Sewell had personality. He was a fine upstanding man, tall, erect and soldierly in his carriage and deportment.

“He showed respect for his patients as well as for himself, by always dressing well without overdoing it, and he had a fancy for always appearing outside in his well known white hat with the square crown.

“The doctor had a practical, alert mind and was keen on his work. He had a competent knowledge of his profession and the wit to use it. But he was not interested in philosophical abstractions — he thought in the concrete.

“These qualities, combined with a naturally kind disposition and bright breezy manner made him highly popular as a doctor and as a man.”

Dr Sewell, who was married twice to ladies named Jessie, the first named Whitelaw and the second named Thom, had a flair for surgery, having trained himself how to handle tools in his own beloved workshop.

He performed operations, which at the time were considered major, at Helensburgh’s Victoria Infirmary. Had he been willing to work in Glasgow he could have been a top specialist surgeon.

A role which he particularly enjoyed was that of Medical Officer for the boys training ship Empress, which was moored in the Gareloch off Kidston Point.

His hobbies included carpentry and metalwork, and he was a keen gardener particularly proud of his roses. Another passion was fishing, which always dominated his annual holiday which was often spent on the Island of Canna, and there he developed an apparatus for catching flounders.

His son, also a doctor, continued to live in Rosemount for some years, then he and his wife moved a block west to Wardlaw, West Montrose Street. He was a respected surgeon in Glasgow, and was in charge of wards at the city's Victoria Infirmary for many years.