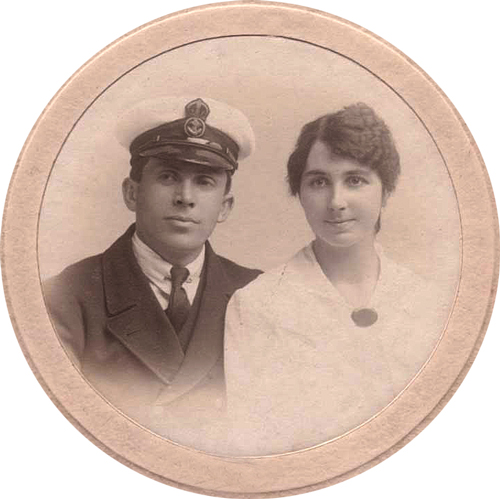 THE remarkable story of the life and times of a Helensburgh girl who was taken to Canada as a bride and started a family dynasty features in the first of a series of three books which has now been published.

It is a labour of love by her grandson, John McLeod, who lives in Toronto, and he took on the project after his mother, Mary Marvin McLeod, died in 2003 at the age of 82 after working on the books since 1980.

The books are Mary Marvin McLeod’s memoir, covering her life from 1920 to 1948, and everything is told from her perspective.

‘A Far Away Place: Bear River’ describes the hard life in Canada of Mary McGregor, whose family home was at 95 East Clyde Street, Helensburgh.

Mary was the second of ten children of Peter McGregor from Loch Shiel, head gardener at Ardencaple Castle and a keen piper, and his wife, Elizabeth McCulloch from Antrim in Northern Ireland.

A shop assistant at Thorburn’s Co-operative in Princes Street, Mary’s best friend when she was growing up was her cousin, Ruby Friel.

They enjoyed the busy lives of teenagers — train trips to Glasgow and Edinburgh to see concerts, forays to Dumbarton and Balloch to visit relatives, hikes to Argyll Forest and the Trossachs to enjoy nature.

Another excitement was their overnight visits to Mary’s colourful shepherd grandfather John McGregor and his wife Joanna at their stone cottage at Glenfinnan on the shores of Loch Shiel.

A very tall man who lived to be 104, still on his feet, having walked miles the night he died, he made an annual trip to Glasgow to throw stones at the Orange March.

Mary was married on January 25 1918 in St Joseph’s R.C. Church to farmer’s son Daniel Marvin (27), a former U.S. Army soldier, whose address was given as Royal Navy Barracks, Chatham, Kent.

What happened next is the starting point of a fascinating yarn that their daughter Mary was determined should be told.

John McLeod, who works in the film industry and also invented and sells a product for hockey, said: “When my mother went into the hospital, I took over and got ready to start editing the book by quizzing her and making sure I had everything I needed.

“When she died, I started on the work, which first involved getting it into my computer, a job that took almost a year since it was mostly handwritten.

“Then I arranged the sections in a sequence, which took a long time as well, and then I got down to the editing, and each of the three books took about a year and a half.

“Many stories were written multiple times, so I tried to take the best of each version. Once the entire work had been edited into shape, I went back to the first one and edited it again. Now I have published it.

“It has been a long, long process, but I am working on this because I think it is a great story, it will sell well, and people will love it.” 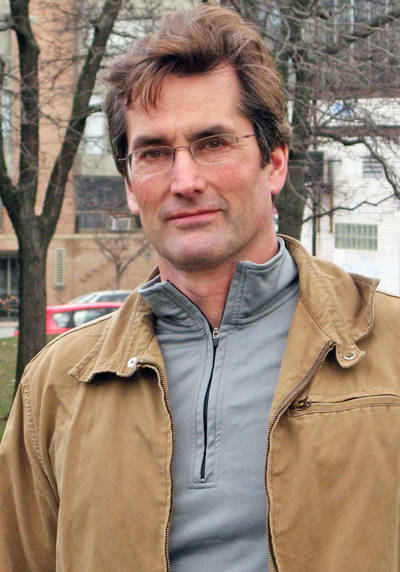 Helensburgh is in the book for a chapter, introducing Mary McGregor. Her brothers and sisters were John, who died from World War One wounds, Peter, Johanna, Elsie, Cathie, Douglas, Helen, Jim and Alex.

Mary and her husband went to Canada in 1919 and settled in a lonely, long-deserted farm, Maple Grove, two miles from Bear River, Nova Scotia, a village Daniel had visited once as a boy.

Her brother Peter joined them in 1923, and four years later her other surviving brothers and sisters and her mother, who had been widowed around 1921, also arrived.

John said: “Their arrival on the farm occupies a large section of the book. There is a lively Scottish element, and Mary’s mother Elizabeth is an unforgettable character.

“Only Douglas returned to Scotland. He fought in World War Two and married Theresa. We often heard about Uncle Douglas and Aunt Theresa, and when my mother visited Helensburgh some years ago, she visited them and met other relatives.”

The first book covers the early years on the farm, and it was a challenging and demanding life for the young couple.

Daniel, a coppersmith to trade, had suffered head wounds in the war and they did not improve, so he had to spend winters in a military hospital in Montreal, where he supported the farm by making brass work and selling it in Canada’s best jewellery stores.

His wife was a gifted singer whose voice was described by a New York opera buff as the best voice he had ever heard. But instead of using this talent, too often she was alone running the farm and raising a family which grew to ten, although one — Ian — died young.

From the age of four her eldest daughter Mary had to help caring for a succession of babies, and she felt at a distance from her siblings, necessary but rejected.

The book asks why the family persisted in the struggle and what their dream was. The bad weather alone was enough to make the farm a death wish, but they seemed not to know it.

John said: “It is a history of a time and place set in the 1920s and stitched together with a series of tales and vignettes about family, friends and people met along the way. Woven into the tale is an extraordinary family tragedy.”

Daniel died in Quebec, Canada, on March 7 1935 at the age of 48 after being found semi-conscious in the street and being taken to a police station. Police believed he had taken poison, and said he was on his way to Ottawa to talk to the authorities about his pension.

The first book has been published in a Kindle version on Amazon, and on that page is a link to the print version, and vice versa. The link is http://www.amazon.com/dp/B00EOY0WHE.

The second book, ‘A Far Away Place: Kentville’, tells of daughter Mary’s life in a small town in the 1930s and will be published next year, and the third, ‘A Far Away Place: Ottawa/Montreal’, looks at the urban concentration of the war effort during the 1940s.

The books are her recounting of her parents tragic fate and her attempts to understand what has happened. The setting mirrors Canada’s coming of age, offering a unique glimpse of life over three decades. They are also being featured on a dedicated website. 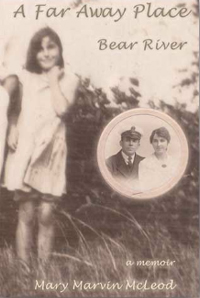 John has many photos from the past, but one more he would like for the book is Thorburn’s Co-operative. If anyone can help, please email the editor of this website at This email address is being protected from spambots. You need JavaScript enabled to view it..