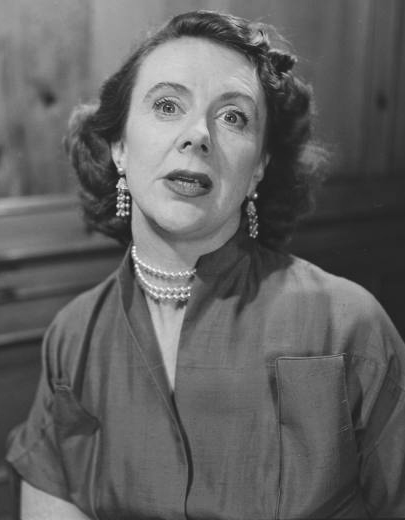 A HELENSBURGH-born artist had a remarkable life . . . as the wife of a politician who twice tried to become President of the United States and a friend of heads of state.

Nancy Patterson Pigott was born on January 21 1911 at St Anne’s, Charlotte Street, but became a significant figure in American politics under her married name of Nancy Kefauver.

Her parents were both American, marine engineer Stephen Pigott from Cornwall, New York, and Mary Thatcher Pigott, from Chattanooga, Tennessee Her father’s work in shipbuilding — which later saw him knighted — brought the couple to Scotland three years earlier.

When she was a toddler, the family moved to Highwood, 133 Sinclair Street, where Nancy, her brother Stephen and her sisters Eleanor, Maureen and Patricia, were brought up by a Scottish nanny.

As a teenager she was interested in art, ballet and golf, and when she left school she studied at Glasgow College of Art for three years.

Armed with a Diploma in Art, she moved to Paris to live and study, then returned to London and tried to forge a career as a dress designer, interior decorator and commercial artist. By now it was 1934, and her life was about to change dramatically.

That summer she travelled to Tennessee to visit an aunt, and while there — on a blind date — she met the rising and charismatic young lawyer Carey Estes Kefauver. They met again several times before she returned to Britain, and the romance continued by correspondence.

The couple were in love and determined not to be separated, so on August 8 1935 they were married by a Church of Scotland minister at 24 Kensington Gate, Hillhead, Glasgow, where Nancy was living at the time. Now the slim, vivacious, red-haired, green-eyed young wife had a new role. 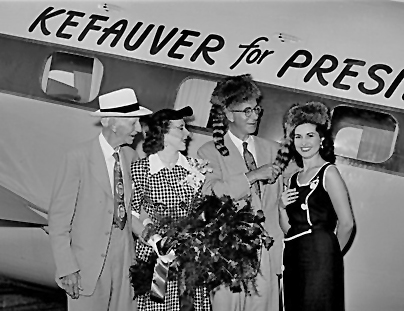 Estes, who was seven years older than his bride, was a Democrat who opposed the concentration of U.S. economic and political power under the control of a wealthy, exclusive elite.

Always helped by his wife on the campaign trail, he was elected to represent Tennessee in the House of Representatives in 1939, serving for ten years, then in 1949 was elected to the U.S. Senate where he served until his premature death in 1963.

He led a much-publicised investigation into organised crime in the early 1950s, and in 1952 tried but failed to obtain the Democrat nomination to stand for President, frequently wearing his trademark coonskin hat as he fought the primary elections.

Four years later he was selected by the Democratic National Convention to be the running mate of presidential nominee Adlai Stevenson, but they lost to the Dwight Eisenhower-Richard Nixon ticket.

As she travelled around the country campaigning, Nancy became convinced that the people wanted her husband for President, and she said that he understood the people's problems.

"Estes seems interested in every man, woman and child," she said. "He sees in the racketeer someone who might have been a useful citizen, in the underprivileged, someone who might have made the grade if given an even break. He is concerned about the little businessman, the worker, the housewife and the children of America."

But she added: "As for me, the prospect of the presidency is not an entirely pleasant one. Does any wife and mother really want to give up the greatest thing in the world — the private joys of regular American family life?" 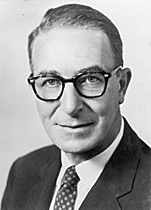 Many on both sides of the political fence commented that Nancy was a huge asset to Estes (right), and he called her “my special secret weapon”.

The following year he was named chair of the Senate Anti-Trust and Monopoly Sub-committee, a post he held until his death on August 10 1963 at the age of 60.

At this point she retired from the public spotlight to devote herself to her family, professional painting, and to an art teaching studio. She had three daughters, Linda, Diane and Gail, and an adopted son, David.

In November of that year President John F.Kennedy named her a State Department consultant to help provide a showcase of American art at US embassies abroad. There was talk of her running for the Senate for Tennessee, but she would have none of it.

She said: “After 25 years of active political life, I have just had it. There was terrific pressure for me to follow Estes in the Senate, but I’ve no training for politics.

“It is one thing to go around the country meeting people when it’s your husband in office. But a true politician has to be dedicated as Estes was. He was a natural politician. He loved campaigning.”

Instead she devoted herself to the Art in Embassies Program conceived by Kennedy, when creative achievement was recognised as vital to advancing American prestige. She was his last appointment before he was assassinated.

She began the job in January 1964, eager she said “to do something constructive about those bare white walls in the embassies abroad.” She established a loan program because she had no in-house collection and no budget to start one, and remained in charge until her sudden death in November 1967 at the age of 56.

She collapsed at a formal dinner honouring Senate Republican leader Everett McKinley Dirksen in the Grand Ballroom of the Mayflower Hotel, Washington, a few minutes before her long-time friend President Johnson was due to speak, which she was attending with a cousin of her late husband, attorney Malcolm Fooshee.

She did not recover consciousness, and died in a seventh floor hotel room because of heart failure. In a tribute in a Chicago newspaper she was described as being “as friendly and gracious with a precinct captain as with heads of state”.

Nancy’s last visit to Helensburgh was on August 19 1957 when she called at the Templeton Library in John Street. At that time she was Adviser on Fine Arts to the Department of State in Washington, where she also took art classes. 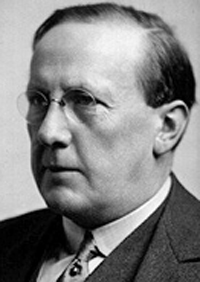 ■ Her father, Sir Stephen Joseph Pigott (right), was born on January 30 1880, one of eight children born to a farming family of Irish extraction.

He first came to Scotland in 1908, five years after graduating from Columbia University, New York, with a degree in mechanical and marine engineering, at the invitation of the Admiralty to demonstrate the Curtis marine turbine engine to shipbuilders.

He was invited to join the staff of John Brown and Co., and decided to stay in Scotland — remaining with the company for 47 years. He helped to produce the liners Lusitania, Acquitania and Empress of Britain, and the battleship HMS Hood.

He also designed the engines for the Queen Mary and the Queen Elizabeth, launched in 1934 and 1938 respectively. A full member of the board from 1924, he was managing director from 1938 to 1949.

A naturalised British subject, he was knighted by King George VI at Buckingham Palace in 1939 for services to shipbuilding. In 1937 he was elected president of the Institute of Engineers and Shipbuilders, a post he held until 1948.

In 1939 he received the degree of Doctor of Science from his old university, and the following year the American Society of Mechanical Engineers awarded him their gold medal for outstanding leadership in marine propulsion and construction. He was also a Glasgow Justice of the Peace.

His wife Mary died in 1943, and he remarried a widow, Mrs Dorothy McWharrie, in 1951. Their honeymoon marked his first ever cruise at the age of 71.

He died of heart failure at her home, Closeburn Castle, Dumfriesshire, on February 27 1955, and was survived by the five children of his first marriage and eleven grandchildren.