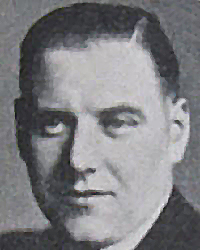 A BOY whose parents ran a hotel at Garelochhead grew up to have a colourful and successful career in journalism and politics before his premature death at the age of 48.

Hector McNeill was born at the Temperance Hotel in the village’s main street on March 10 1907, and went on to become Secretary of State for Scotland.

His father Donald, a journeyman shipwright from Barra, and his mother, Margaret Russell, from Islay, were married in Glasgow on Boxing Day 1901, and took over the hotel shortly before Hector was born.

After a couple of years the family moved to Glasgow, and Hector went to Woodside School. A career in the ministry beckoned, but during his studies at Glasgow University he decided to enter journalism.

It was a change that was to shape his life. After a time as a freelance, he joined the Scottish Daily Express, which in those days was printed and published in Glasgow and was a vigorous campaigning Scottish newspaper.

Perhaps it was his considerable personal charm perhaps that brought him to the attention of the paper’s legendary proprietor, Lord Beaverbrook, and — although their political views were very different — they became lifelong friends.

Hector’s political career began at a local level when he joined and went on to chair Glasgow Trades Council.  He served on Glasgow Town Council, forerunner of the City Council, from 1932-8.

At the age of 22 he stood for parliament as the Labour candidate in the Conservative stronghold of Galloway in 1929, and lost, and the same thing happened in 1931. He also failed in further attempts to become an MP in Glasgow Kelvingrove and Ross and Cromarty.

At last, in 1941, he was elected during the wartime coalition as Labour member for Greenock, and he held the seat until his death on October 11 1955.

Local historian Alistair McIntyre, who lives in Garelochhead, said: “Once in parliament, his talents soon shone through.

“His energy, drive and enthusiasm were rewarded with a post as aide at the Foreign Office, and he made no secret of his particular interest in this field.

“Many tipped him as a future Foreign Secretary, and some even thought that he could eventually become a candidate for the position of Prime Minister.”

He held various parliamentary and other positions, and served as vice-president of the UN General Assembly in 1947.

It was later revealed that his secretary at the time, Guy Burgess, was a Soviet agent, although Hector never came under suspicion.

After serving as a junior minister at the Foreign Office from 1945, he made the breakthrough to Cabinet level in Clement Attlee’s Labour government of 1950. Many had expected him to serve at the Foreign Office, but instead he was appointed Secretary of State for Scotland.

“One reason for the choice was that he was seen as being the right man to see off what was perceived by the Government as the rising challenge of the Nationalists — this was the era of the Stone of Destiny incident, after all,” Alastair said.

“He is credited with bringing a fresh and dynamic approach to the post. He actively encouraged colleagues and staff to reach out as much as possible and broaden their outlook.

“There was certainly no lack of ambition on his part. At one stage he even made attempts to have the UN General Assembly brought to Edinburgh as the building in New York had not yet been completed.”

His journalistic knowledge and friendliness enabled him to make the most of the Scottish media, and he was always ready to comment on wide-ranging topics, from the campaign to eradicate TB to agriculture at the Great Glen Ranch near Fort William.

His career in office as the Rt Hon Hector McNeill, PC, MP, which lasted less than two years, was ended by Labour’s defeat in the 1951 General Election, and he began to spend more and more time on other interests — eventually being dropped as an Opposition Front Bench spokesman.

Always busy, he made frequent business trips across the Atlantic in his capacity as British chairman of Encyclopaedia Britannica, and it was on board the liner Queen Mary bound for New York that he suffered a fatal brain haemorrhage. He was survived by his wife and young son. 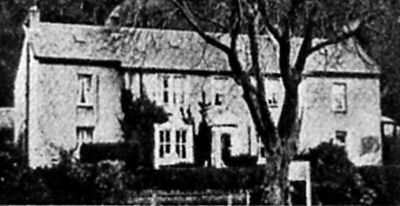 In Greenock, where he had played a major part in bringing thousands of jobs through the arrival of IBM and other companies, he was honoured with the building of the Hector McNeil Memorial Baths in 1963, his widow laying the foundation stone. The pool was demolished in 2002.

It survived until the early 1950s, run for many years by first Alex Crerar and then the Misses McPherson. The building still stands, and is now private housing.

■ In biographical references to Hector, his surname is always spelt McNeil. But his birth certificate shows his name and that of his parents as McNeill.