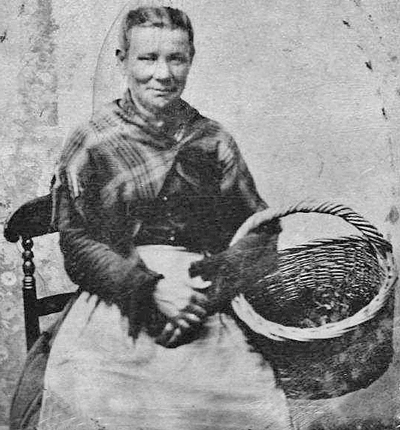 ONE of the great characters of Helensburgh and district history is Susie, of Susie’s Castle fame, and in the summer of 2010 new information and pictures came to light.

Born Susan McGlone in 1847, Susie — or Suzie or Suzy, as her name was sometimes spelled — was a well-known character, not only at Portincaple, where she lived for many years until her death on January 20 1929, but also much further afield as well.

Susie's personality alone would probably have been enough to make her a local celebrity, but the extra factor that ensured her a place in the hall of fame was that her home was an upturned boat.

Actually it was the upturned half-hull of a disused fishing-smack, and one version of the tale, given by the late Mrs Work, was that it had once belonged to the McNab family, themselves well-known fishermen and ferry-masters at Portincaple. It was this boat that came to be known as the "castle".

The new details and images have been supplied by Stella Trainor, who lives with her businessman husband Bil — as he spells it — in Unionville, Ontario, Canada, and her research quashed two stories often told about her relative. 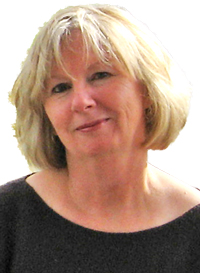 Glasgow-born Stella (left), then a toddler, emigrated with her mother in 1948 to Toronto to join her father who was already there — and Susie was her mother’s great aunt.

She says that Susie was the daughter of iron dresser Charles Boyle McGlone and his wife Elizabeth Carmichael, nee Smith, and was born at their 37 High Street, Glasgow, home in 1847. She had a sister Jane, who was five years younger. Later the family moved to Paisley, and at the age of 22 Susie was a mill worker.

She first came to Portincaple about 1877 with her husband James, or Jamie, Reid, a native of "Wee Doo Hill", in Glasgow's Gallowgate.

Information she obtained from dated family correspondence at first suggested that Susie and her husband Jamie Reid set sail from Ireland to visit her much younger brother John McGlone Snr (1866-1947).

He was a road builder who lived with his second wife at Thorniebank (sometimes Thorneybank), Craggan, further north on Loch Longside and midway between Glenmallon and Arrochar, having previously lived, and possibly been born, in Mungo Street, Glasgow.

“The story went that they got into difficulty in very bad weather and put ashore at Portincaple, where they hauled the boat up the shore and slept the night.  The following day they made their way to Thorniebank and stayed the night,” Stella said. “John McGlone Snr made his way back to Portincaple with Jimmy and Susie and together they turned the boat upside down.

“My mother’s cousin Lily Harvey always believed that story, but she now concedes that it was unlikely Jamie owned a boat in which to sail and was unaware of Jamie’s Glasgow connection.

“Lily also believed that John McGlone Snr came to Scotland as a young stowaway on a ship from Ireland. His age she guessed to have been about seven at the time. However I have seen a copy of his birth certificate, and it confirmed that he was born in Glasgow on May 8 1866 — so much for the stowaway story as well!” 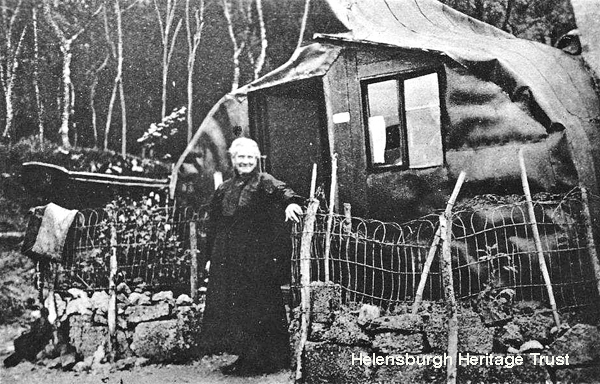 Stella understands that John McGlone Snr lost a leg in a Glenmallon road accident — the crew was dynamiting, a charge did not ignite, and he made the unfortunate mistake of giving it a poke.

It is believed that he received some disability payments, and was able eventually to buy a horse and cart. He would go into Glasgow to the market, buy produce and re-sell it locally. His wife would accompany him on his rounds and she would sell clothes. Before owning the horse, he made the trip by train.

John McGlone Snr’s son, John Jnr (1896-1974), also a roadbuilder, married Stella Florence Chappell in 1918 and they had five children before she died young in childbirth.

Eldest daughter Eileen had to look after her father and siblings Ness, John, Graham, and Daphne who was born in 1923 and was Stella Trainor’s mother.

They lived at The Tollhouse, Glenmallon, which they enlarged and in the 1950s replaced with a white stucco bungalow. It was there that Susie died in 1929 of influenza and cardiac disease after a short illness, although her usual residence was recorded as ‘Shore, Portincaple’. Her brother John Snr registered the death.

Stella has been told by Winnie Miller, nee Bolton, (right), who grew up in Glenmallon but spent most of her adult life in the United States, that the residents of Finnart, Arddorroch and Glenmallon would get together on Saturday nights for dancing and music — in a garage owned by the estate owners.

Her grandfather John Jnr, who seems to have had a reputation of being fierce, loved to sing sentimental Irish songs. They would have two fiddlers, a drummer and accordion player and everyone would attend and take part.

John Jnr (left) was responsible for a two-mile stretch of road and had to keep ditches open, repair walls and keep grass and trees trimmed.

His eldest daughter, Eileen, had a tough time caring for him and her siblings before he remarried in 1934, and ten years later he and his wife had a son, Donald. John Jnr died in Glasgow on August 17 1947.

The one room school at Glenmallon was a small wooden building heated with a coal stove, known in those days as a 'side school'.

Later the younger pupils attended Arrochar Primary School, and for senior school, the students attended Hermitage in Helensburgh – walking two miles to Whistlefield Station to catch the train, then back again at the end of the day.

Says Stella, who is now a life member of Helensburgh Heritage Trust: “I did not harbour great curiosity about my mother’s young years and respected her apparent reluctance to embellish. Although she had some fond memories of her siblings and great friends, there was no sentimentality for her home life.

“She was one who was grateful in her way for the Second World War as it allowed her to move to Glasgow to work in a factory, where she became familiar with the workings of a Spitfire engine. In 1948 she decided to emigrate.” 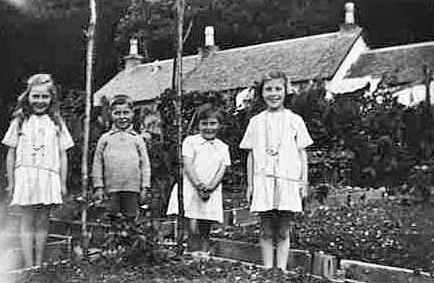 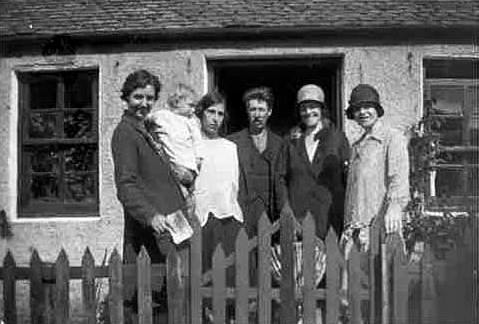 The McGlone children, circa 1927, and Stella and John McGlone in the centre of a group.