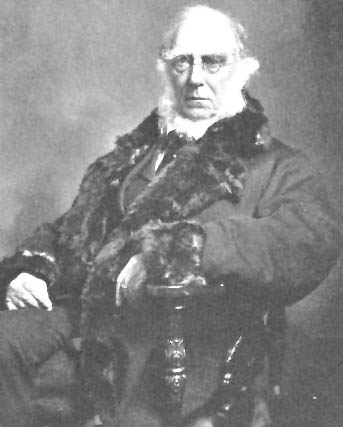 RHODODENDRONS are a major feature of local gardens — Glenarn at Rhu being a prime example — and much of the credit for the discovery and introduction of these plants to the United Kingdom goes to an eminent 19th century botanist with Helensburgh connections, Sir Joseph Hooker.

Sir Joseph (pictured) was the son of another important botanist of the time, Sir William Hooker, who became the first Director of Kew Gardens in 1841.

From 1820 to 1841 Sir William was Professor of Botany at Glasgow University, and although his family home was in Glasgow, he rented ‘Burnside’ at the corner of West Argyle Street and Campbell Street to be his summer residence during the period 1831 to 1837.

In his memoirs Sir Joseph recalled with much affection his summer holidays in the town, playing on the beach and searching the rock pools for sea life.

He also tells of the 8th Duke of Argyll, who at that time lived in Ardencaple Castle, giving his father a Scotch Pine cone which had dropped from the of a corbie (raven), and which was infested with a fungus never before found in Britain.

Sir William moved his family south when he became Director of Kew in 1841, and from then until his death in 1865, he expanded the formerly Royal Gardens of 11 acres into a botanic garden of 270 acres of arboretum and pleasure gardens. He also developed an herbarium which was so outstanding that it was purchased for the nation when he died.

Sir Joseph succeeded his father as Director, and became even more eminent so that he has been described as the most important botanist of the 19th century. He was not only a scholar, but also an adventurer who was a close friend of Charles Darwin, and sailed on HMS Discovery.

He found new plants in South Africa, New Zealand, Tasmania, Australia, and the Falkland Islands, and of course brought many of them back to this country. It is his discoveries and promotion of many species of rhododendrons for which he is probably best known, especially those he found in Sikkim, an area in India near to Tibet.

At first he had great difficulty in getting access due to the opposition of the local ruler, but he was eventually given a permit after the British Government brought its influence to bear.

He spent three years prospecting from 1848 to 1851, and when he eventually returned with his specimens they caused such interest that a contemporary described the rush to plant rhododendrons as ‘Rhododendromania’, while another commented that “the money spent on rhododendrons during the past 20 years in this country would nearly suffice to pay off the National Debt”.

When you admire the beauties of the rhododendrons in our local gardens and parks, think of the young man who spent his summers on our own beaches and who deserves much of the credit for the beauty they bring throughout the year.