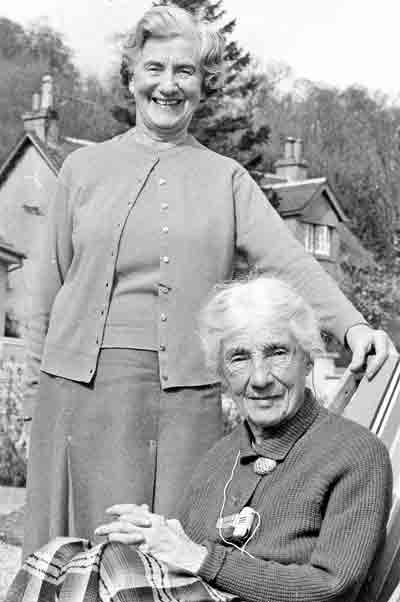 THE only person to be awarded the title of Burgess of the Burgh of Cove and Kilcreggan was also the oldest person ever to live in the Helensburgh District.

Mrs Lucy Rickerman, who was born in the year that Disraeli became the Prime Minister and died in 1980 at the age of 105, received the award shortly after her 100th birthday on September 6 1974.

Born in Rochdale, Lancashire, in the same year as Winston Churchill, W.Somerset Maughan, Gustav Holst and Herbert Hoover, Lucy Austin was the eldest of a family of four.

Daughter of a builder, she took an ambitious step for a woman at that time and studied to become a secondary school teacher. She taught in Leeds until 1898, specialising in English and science.

At the age of 24 she married her Swiss husband John Rickerman. They came to live at Greenways, at the foot of the Mill Brae in Kilcreggan, in 1918 after spending some time in Bearsden and Gourock. They had two sons and a daughter.

A staunch church member and a keen debater, she was also an enthusiastic gardener. She saw six monarchs on the throne and lived through three wars.

Helped by daughter Marie, who looked after her in her pavilion-style wooden home at the foot of the Mill Brae in Kilcreggan, she celebrated her 100th birthday by holding a tea party for friends, and took enormous pleasure in the telegram of congratulations from the Queen.

Provost Donald Skinner said on behalf of Cove and Kilcreggan Town Council: “Mrs Rickerman is a very great and well known personality here, and still maintains a close interest in the burgh’s affairs and its people.

“She brings to the present day those high qualities of character associated with a bygone era, and she is an example to us all.”

Mrs Rickerman said: “I have been absolutely overwhelmed by the generosity and kindness of everyone. I am an English woman, but I really believe Scots are far kinder people.”

The Town Council resolved to mark the occasion and her commitment and good work in the area by making her a Freewoman of the Burgh. The Burgess Ticket was presented to her during a ceremony on November 9 1974 to mark the official reopening of Cove Burgh Hall after a £50,000 renovation.

She told the audience: “What is it that makes people live to be old? First of all it is Providence. If you go through life feeling that God is walking beside you, you are alright, you are happy, and if you are happy then you stand a good chance of being healthy as well.

“Just be happy, be as happy as you can be, don’t take things to heart, don’t worry, work hard, and live plainly.”

In August 1977 a few days before her 103rd birthday, she paid her annual visit to Cove and Kilcreggan Flower Show, when she was congratulated by Lady Headley, Scottish president of the British Sailors Society, in her opening remarks.

On her 103rd birthday many local people paid her a visit and dozens more friends sent cards and gifts. Some pupils and three teachers from Kilcreggan Primary School brought a bouquet of flowers, and the pupils delighted her by playing ‘Happy Birthday’ on their recorders. 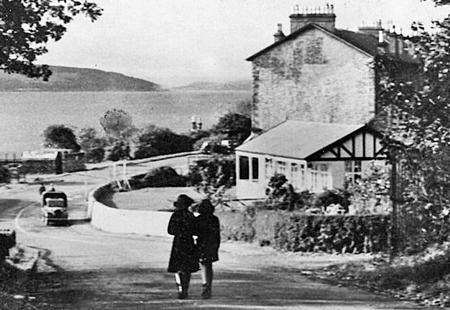 Although by then her hearing and eyesight was failing, even her 105th birthday was celebrated in style, with many friends calling in, telegrams, cards and flowers.

A small lunch party was held, and again Kilcreggan primary pupils paid a visit and played their recorders.

To her surprise and delight, she received a second telegram from the Queen, and the next day her daughter and friends took her for a car trip to Inveraray.

She died peacefully in the Vale of Leven Hospital on June 3 1980. The funeral took place at her beloved Craigrownie Church, and she was buried at the Barbour Cemetery.

■ At any one time there are thought to be some 250 centenarians in Scotland. The oldest person known to have lived in Scotland reached the ripe old age of 109 years and 14 days.