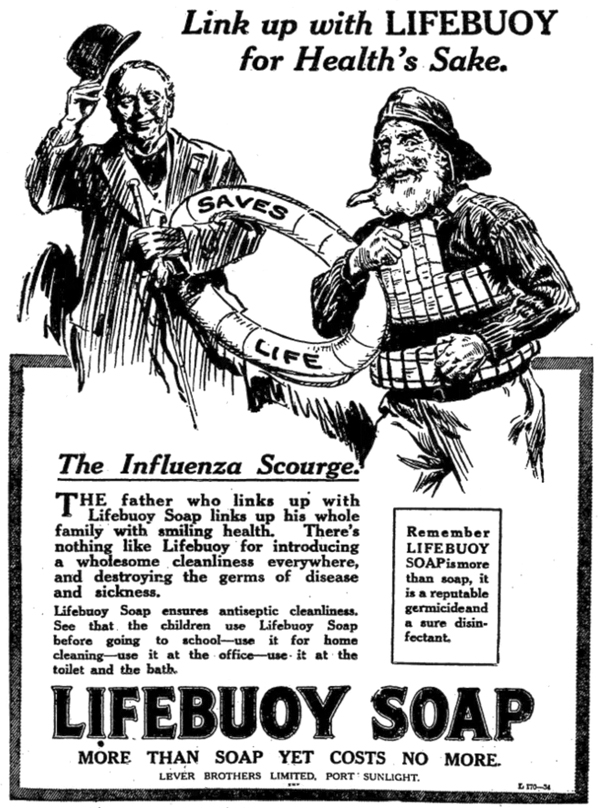 THE 2020 Coronavirus worldwide is scary, heart-breaking or deadly, depending on how it affects individuals. But a pandemic hitting Helensburgh is not new.

It happened a century ago, from January 1918 to December 1920, and it was an unusually deadly influenza pandemic, the first of two pandemics involving H1N1 influenza virus.

It infected 500 million people across the world, including remote Pacific islands and the Arctic, and killed three to five percent of the world’s population — making it one of the deadliest natural disasters in human history.

It came in waves, each more devastating than the last. Among its victims were five members of a Glen Fruin family, who all died in the same week.

Modern research, using virus taken from the bodies of frozen victims, has concluded that the virus kills through an over-reaction of the body’s immune system.

The strong immune reactions of young adults ravaged the body, while the weaker immune systems of children and middle-aged adults resulted in fewer deaths among those groups.

It acquired the nickname Spanish flu because of World War One censorship, although this was found not to be where it started.

To maintain morale, wartime censors minimised early reports of illness and mortality in Britain, France, Germany and the United States.

Newspapers were free to report the epidemic’s effects in neutral Spain, and this created a false impression that Spain was especially hard hit.

A local newspaper columnist rather made light of the situation, implying that working ten hours on Sundays and sometimes all night meant that he had little time to catch the flu.

He wrote: “I may say that I keep clear of the flu by the use of salt and water gargle.

“Most people think that there is no virtue in cheap cures. They believe in nothing that is not followed up by a doctor’s heavy bills.

“I may here explain that if such a bill were my alternative, I should have to die.” 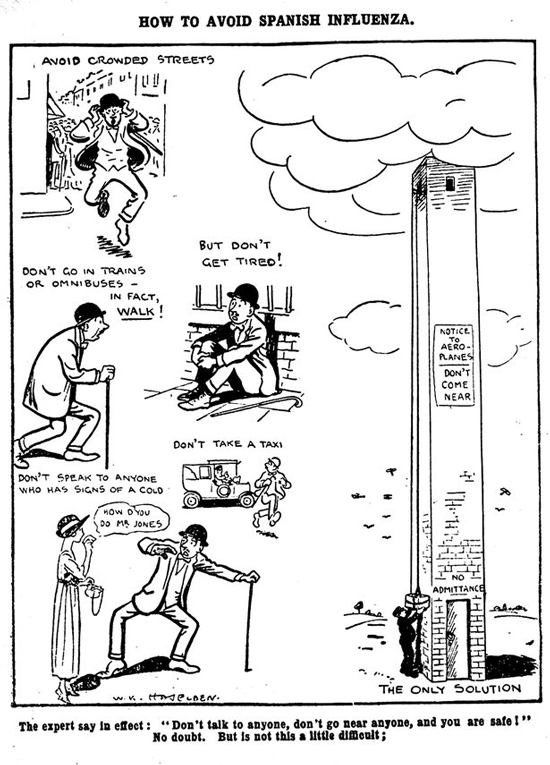 However this flu epidemic was not some unpleasant inconvenience. It was deadly and it was rife, and local communities were at panic stations for fear of it.

It has been estimated that globally between 50 and 100 million died from flu in the year or so around the end of World War One — but the best estimate for the global loss of life as a result of the conflict is about 10 million.

An article published in 2007 by the Royal College of Physicians in Edinburgh stated that it was one of the most catastrophic medical events in history.

It continued: “Scotland had its full share of suffering but, strangely, the calamity had little effect on the public consciousness and the memory of what occurred rapidly faded.

“Equally strangely, the pandemic has been largely ignored over the years by social historians.

“Although there were small influenza epidemics throughout the period of the Great War, the pandemic proper did not commence until May 1918 and lasted until April 1919.

“It came in three waves, each lasting a few weeks. Most deaths — 64% in Britain — occurred during the second wave, lasting from September 1918 until January 1919, thus spanning the time of the Armistice.

“Influenza is generally thought of as an annoying phenomenon of winter; the patient feels dreadful for a day or two, but rapidly recovers. Only the elderly are vulnerable to complications.

“The influenza of the pandemic was significantly different. Previously healthy people became ill on the way to work and were dead by nightfall. Undertakers had difficulty dealing with bodies as there were so many.

“There is some evidence to suggest that the UK pandemic among civilians started in Glasgow, spread throughout Scotland, and then spread to England and Wales. As Glasgow was a major port, it is reasonable that it should be a point of entry.

“The precedence of Glasgow persisted even in the second wave; the mortality peak occurred in October for the Glasgow area, but not until November in Aberdeen, Dundee and Perth.”

The flu death rate in the west of Scotland varied from one community to another. In the more populated industrial areas it was higher because crowded housing and daily working contact provided easy spread of the virus.

In Clydebank the death rate was 61 per thousand, meaning that 1 person in 16 died from influenza.

In Helensburgh schools and offices were closed for weeks on end, partly because of staff illness and partly to discourage spread of the disease.

Many of those elements of local life which were able, more or less, to be maintained in the course of the Great War, eventually succumbed to the flu at the very point when the war came to its end.

One example of its tragic impact comes from a former Helensburgh woman, Cathy Shearer, who now lives on Shetland.

She recalls: “I remember my Mum speaking about the ‘Drumfad Colquhouns’ who died of flu and I wish I had listened more closely.”

The Colquhoun family lived at Drumfad Farm (above), with their son William living close by at Tamnavoulin. William was a first cousin to Cathy’s grandfather, Robert Colquhoun.

William, two of his brothers, a sister and his father all died of flu within six days — two of them on the same day — in February 1919.

Cathy said: “At the time of his death William was a farmer and was married with two children. What a tragedy with almost the whole family wiped out in less than a week, but for three sisters.

“When I come back to the area I usually drive past the farm and house in Glen Fruin, and I always remember the sad story.”

The Colquhoun family memorial in Rhu Churchyard is pictured (above right).