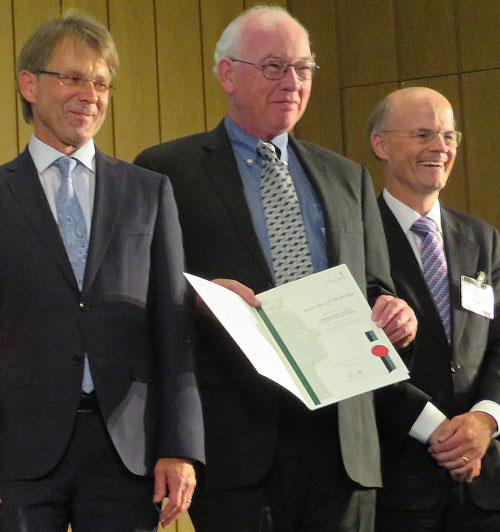 AN ENGINEER from Helensburgh is one of the world’s most highly cited scientists whose work is often used by others.

Professor Robert Maxwell McMeeking is a key figure in the international engineering world. 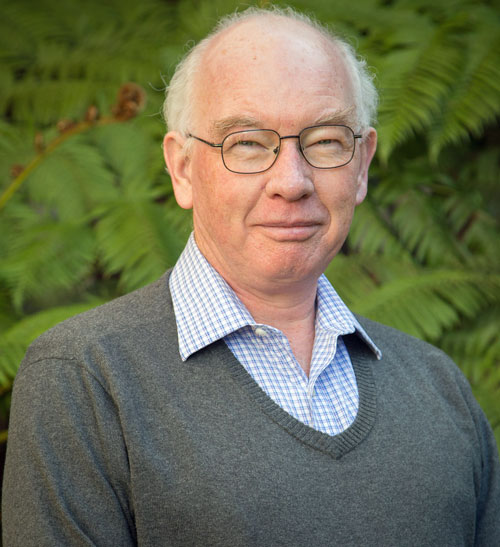 Born on May 22 1950, he is the son of the late Bob McMeeking from Bellshill, Lanarkshire, and his wife Betty Craighead from Wishaw, who ran C.G.Reid Ltd. ironmongers in Sinclair Street — now Wrights — for many years and were followed by his older brother John,

After early years at Hermitage Primary School in Helensburgh, he attended Allan Glen’s School in Glasgow from 1962-68.

He travelled to school and then Glasgow University every day by train and worked in his parents’ shop in his spare time, often making deliveries to customers in town.

He graduated with 1st class honours in mechanical engineering from Glasgow University in 1972.

One of his lecturers suggested the name of a young professor in the United States who was doing interesting work, so Bob went to Brown University, a private Ivy League research university in Providence, Rhode Island, to study under Jim Rice, who is now an icon among engineers.

In 1974 he graduated Master of Science in Solid Mechanics, and, while studying there, Bob, who captained the soccer team, met his wife to be, Norah Madigan.

She was on the staff of International House, a non-profit organisation which was a place for temporary international visitors and scholars to meet each other and Americans as well.

The couple, who were active at a pivotal ‘make or break’ time when the House nearly closed, married on September 4 1976 after he had completed his PhD in the same subject.

They set up home in California, where he spent the next two years as Acting Assistant Professor of Applied Mechanics at Stanford University, a private research university known for its academic achievements, wealth, close proximity to Silicon Valley, and selectivity. It ranks as one of the world’s top universities.

In 1978 Bob was appointed Assistant Professor at the Department of Theoretical and Applied Mechanics at the University of Illinois, a public land-grant research university in the twin cities of Champaign and Urbana.

While there he was promoted to full Professor and granted tenure, and he began to serve on national committees, reviewing research proposals and research papers for journals.

It was there too that the couple’s son Gavin was born in 1980 and daughter Anne in 1983. Now they have three grandchildren.

In 1985 he was recruited to help establish a new Department of Materials at the University of California, Santa Barbara, which used a new interdisciplinary approach to study new materials.

The Materials Department, a graduate department only, has achieved national and international prominence in the years since.

This approach to research, now widely called ‘the Santa Barbara model’, has been influential around the world.

The family enjoyed two sabbaticals at Cambridge University, six months in 1983 and a full year in 1995-96.

His wife said: “During that year our children got a very good view of being British, attending the local comprehensive. Our son even took GCSEs — and he did really well!”

In 2005, he was elected a Fellow of the National Academy of Engineering, and he was awarded the Brown Engineering Alumni Medal by Brown University in 2007.

In 2014 he was also elected a Fellow of the Royal Society of Edinburgh and received both the William Prager Medal of the Society of Engineering Science and the Timoshenko Medal of the American Society of Mechanical Engineers, solid mechanics’ highest honour.

In June 2018 at the von Humboldt Society of Germany annual conference he received the society’s new Alumni Prize for Innovative Network Initiatives, and this was followed by an honorary doctorate from Glasgow University.

The proud kilt-wearing Scot is an External Member of the Leibniz Institute for New Materials in Saarbruecken, Germany, and in November 1918 was appointed the first holder of a Leibniz Chair in the field of Mathematics, Natural and Engineering Sciences of the Leibniz Association.

In 2017 he and other scientists perfected a new ‘metamaterial’ – a lightweight, solid foam known as Isomax — and he feels that this could rank as the highlight of his career.

Metamaterials are engineered to have properties not found in nature and are put together using multiple elements, fashioned from materials such as metals or plastics.

He said: “We have made it possible to produce a lightweight material with the highest stiffness possible by making a cellular system.

“There are lots of applications in engineering where one wants to fill space with a low-density, lightweight material that is also stiff, for example, load bearing components in aircraft, drones and spacecraft ­— and prosthetic limbs.

“Our design provides us with a material that has the highest possible stiffness for the lowest possible weight, and for less cost than rival materials which gives it a better chance of widespread use.

“One of the most satisfying things about this breakthrough is that the theorem telling us the stiffness of the optimal design was proved in the 60s, but up to now no one has produced a design that achieves this.

“We have now found that optimal design, and we also know that it cannot be bettered.”