A PROMINENT Helensburgh man who died on January 21 1918 at the age of 94 was one of the world’s most famous children’s doctors.

Professor Gavin Arneil, who had a home in the district for nearly 60 years, had a huge impact on child health in Glasgow and the West of Scotland, earning many honours, and his advice was sought by fellow paediatricians in countries far and wide.

He also made headlines of a different kind when he successfully treated Carmen, a seriously ill five-year-old performing chimpanzee at the Kelvin Hall Circus.

But he still found time to play a key role in several local organisations including the Friends of Loch Lomond and the Trossachs.

He studied medicine at Glasgow University from 1940-45 while also training as a Commando in the LDV/Home Guard. He graduated MB ChB in 1945, and this was followed by three years in the Royal Army Medical Corps. 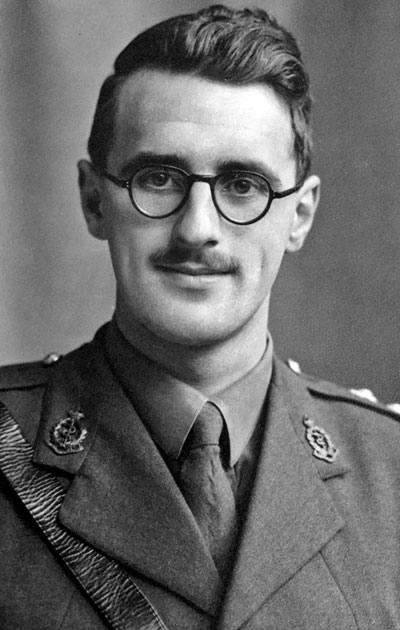 He served as a Major in the Middle East Land forces, Egypt and Greece before being transferred to a War Office research team monitoring drastic government cuts in rations for the armed forces.

This resulted in a 1,000 calories per day increase in rations for service personnel and, in 1949, an Honours MD degree from Glasgow University for his thesis on the subject.

He first joined Glasgow’s Royal Hospital for Sick Children at Yorkhill in 1945, and apart from his three years in the army he served there until 1988, treating over 30,000 inpatients and 10,000 outpatients.

In the 1950s he tackled and solved the problem of toddler rickets in the city, long before English cities did so. Two decades later rickets appeared in Pakistani adolescents, and he had a cartoon dubbed in Urdu and Hindi to educate non-English speakers in dealing with it.

In the 1960s he and two other doctors pioneered BCG vaccination at birth for Glasgow children, and in eight years the previously common problem of pre-school tuberculosis virtually disappeared.

His two major child health projects were kidney disease and cot death, and he had substantial achievements in both fields.

In 1950 he started the first unit in Europe specialising in all aspects of children’s kidney disease, and his research into the use of various drugs resulted in doctors from all over the world coming to learn from him.

In 1967 he brought together children’s doctors from all over both Eastern and Western Europe and founded at Yorkhill the European Society for Kidney Disease in Children. It now has over thirty countries helping each other work in the field.

This led in 1974 to the formation of the International Pediatric Nephrology Association which he led for nine years, and it now involves expert doctors in over a hundred countries.

The sorrow of parents raised his interest in cot death in 1977, and he visited many bereaved families to find out more, before carrying out surveys in Glasgow and then in Scotland.

He was the first to spotlight the dangers of laying babies on their faces, smoking and sharing parents beds, and in 1985 he founded the Scottish Cot Death Trust.

The trust provides a counselling service for bereaved parents, offers a monitor for subsequent babies, and raises millions to fund research throughout the UK. Since then the number of cot deaths has halved.

As well as writing many scientific articles on these subjects, he initiated and co-edited two major British textbooks used and appreciated all over the world.

Throughout the years he was very active at Yorkhill, chairing the committee which in 1967 moved the hospital into Oakbank while a new Yorkhill was built — for which he chaired the commissioning team.

In 1983 with two other doctors he founded the Yorkhill Children’s Trust, the first of its kind in Scotland, which has raised millions for scanners, other equipment, and aids for children. It is now known as the Yorkhill Sick Kids Fund.

That same year he chaired the Yorkhill Centenary Committee, hosting a royal visit and a service in Glasgow Cathedral, and acquiring new land for a centenary memorial building

He retired from hospital work, but not child health, in 1988, but, as the first Briton in 100 years to become president of the International Pediatric Association, he travelled to over fifty countries — including behind the Iron Curtain during the Cold War — to help and advise with severe problems.

He eased out of child health after his 80th birthday in 2004 but remained deeply interested in the subject.

A doctor in medicine, science and philosophy, he served on countless medical bodies and received many honorary awards from at home and abroad.

Perhaps the two he prized most were the Nobel Medal of the Swedish Medical Association and in 1983 the St Mungo Prize of the City of Glasgow, the city’s highest civic award made every three years. 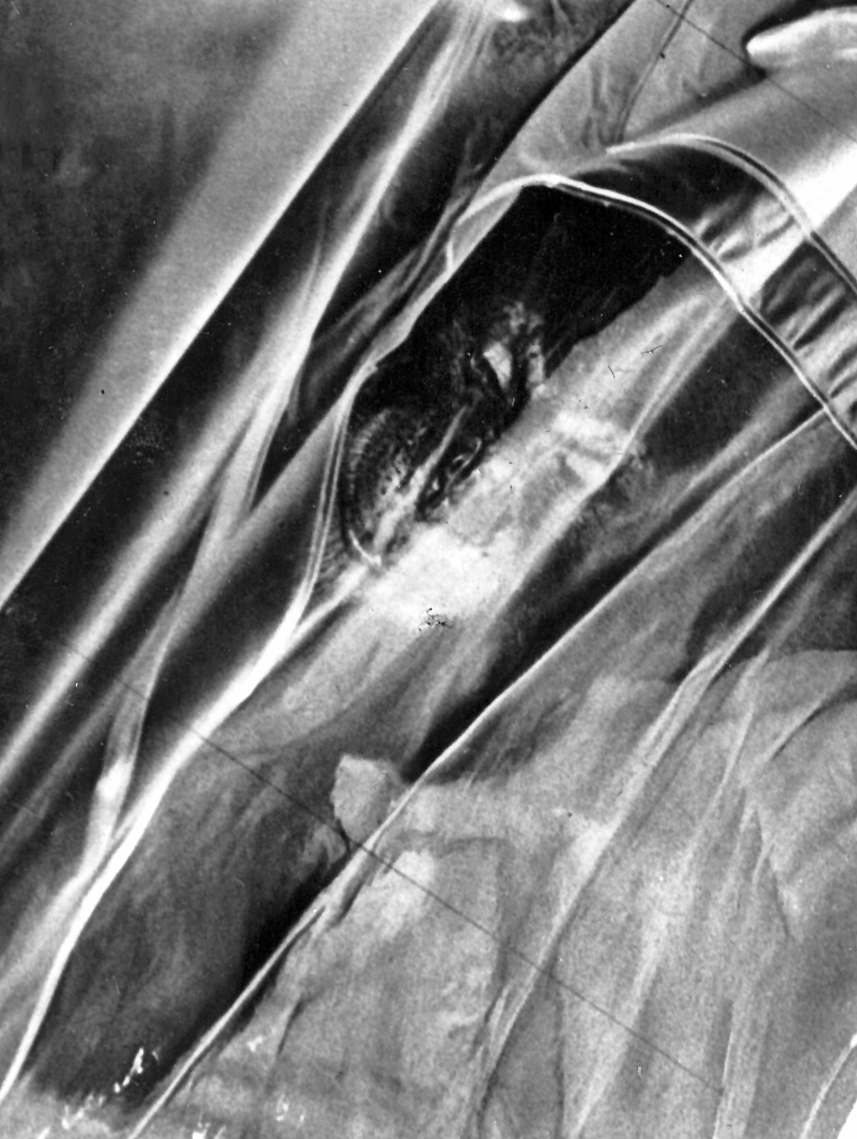 When he was called to help with the only female in Amletto Sciplini’s troop of six circus chimps in the 1950s he diagnosed pneumonia.

He placed Carmen in an oxygen tent, packed ice around her to lower her temperature, and gave her the drug terramycin. After an anxious night she recovered.

Sport always interested Gavin, who in his younger years played first couple for and was champion of Bearsden Tennis Club, represented Jordanhill FP on the rugby field, and played at Glasgow Golf Club.

A keen dancer, he helped to found Bearden Dance Club, and later he became an enthusiast for the poetry of Robert Burns and an accomplished Burns speaker.

In 1961 he married June Barbara Lauder in Dunfermline Abbey and they had one daughter, Marion. Their principal home was in Clevedon Road in Glasgow, but they bought a second home, Stroulwell Cottage at Clachan Road, Rosneath.

Gavin, a member of the Royal Northern — later Royal Northern and Clyde — Yacht Club at Rhu, enjoyed sailing and they kept a boat in the bay in front of the cottage. Around 1983 the cottage was destroyed in a fire and they sold the site. 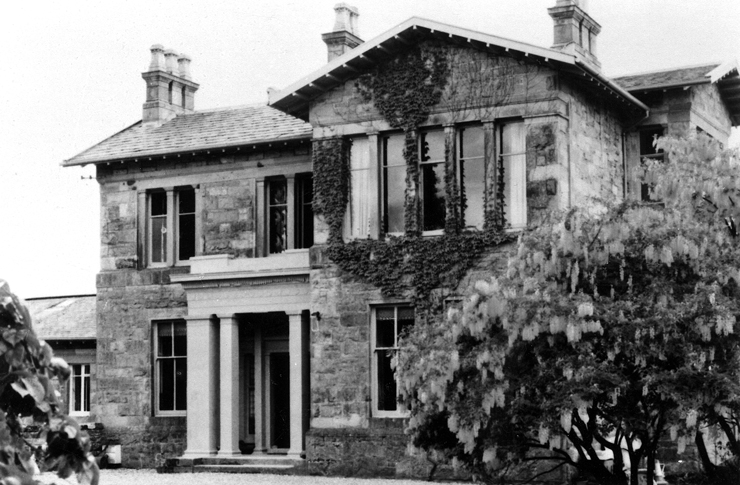 In the late 1960s they moved to Rockland (right) at 150 East Clyde Street, an Alexander ‘Greek’ Thomson mansion built in 1854 and a Grade A listed building.

When they bought it, what had been the servants quarters had been split off from the main house and converted into a separate home.

Around 1990 the owner of the former servants quarters died and the couple bought it from her estate, owning the whole house for a couple of years before they moved into the servants quarters, which they called Shoreland, and sold the main house.

They downsized in 2011 when they and their daughter bought 42 East Abercromby Street, another house with an outstanding view of the Clyde, and early the following year they moved in together with Marion and her two sons, Lewis and Duncan.

For 40 years an abiding interest for Gavin was the Friends of Loch Lomond and The Trossachs, of which he was a founder member in 1978. A committee member for many years, he later became honorary vice-president.

He served on the Secretary of State’s Working Party on Loch Lomond and The Trossachs, and for eleven years on the Loch Lomond Park Authority, the predecessor of the National Park.

He was admitted to the Order of St John in Scotland, a medical and rescue charity, as a Serving Brother in 1986, and promoted to Officer in 1999.

I interviewed him several times for the Helensburgh Advertiser on his return from trips abroad. His modesty always shone through as did his sense of humour — especially with some of the odder dishes he was invited to eat.

These included a sheep’s eye, calf’s cheek, live sea snails in Japan, and in Georgia the shaved ear of a suckling pig’s head. But he declined gall bladder fluid from a live snake in Hong Kong!