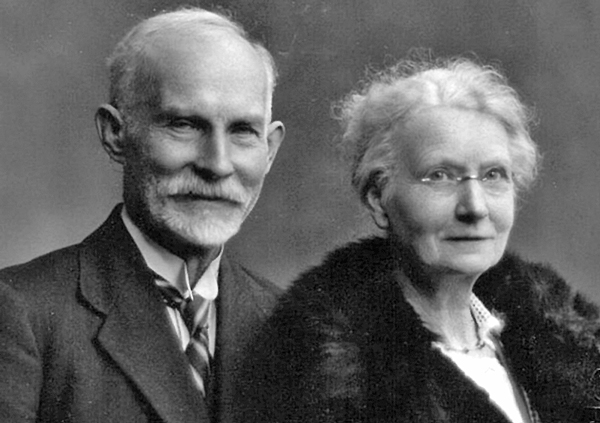 A SHABBY minute book, dating back to 1906, was the starting point for a paper chase that led to a windfall of £900 for Arrochar's local GP surgery.

The minute book of Arrochar Parish Sick Nursing Fund had been kept for over fifty years by Elizabeth Carson, the daughter of County Councillor John H.Carson, who was one of the last signatories on the fund's bank account.

Mary said: “My investigations led to the bank account itself and the release of the money.

“Elizabeth Carson had further proof — the stubs of the national savings certificates bought by the fund.”

The book is now part of the Heritage Group’s extensive archive.

“To read the brief copperplate minute of the first meeting in 1906 is to enter another world,” she said.

The Women's Guilds of the United Free Church, Ballyhennan, and the Parish Church, Arrochar, jointly for many years raised money to nurse the Sick Poor of the parish. Help was given to the sick poor irrespective of creed.

By 1906, a more formal organisation with a written constitution and a system for collecting more money was needed. Knowledge of the role of good hygiene in recovery from illness was becoming more widespread, and more nursing help to achieve this required more money.

The postcards of the villages at the turn of the century are picturesque and romantic, but the reality was different.

Housing for poor people was appalling by modern standards, with no running water, outdoor sanitation and basic cooking facilities.

Mary said: “Imagine nursing a sick patient, possibly bedbound, in such circumstances. All these things would be in the mind of the Rev A.P.Telfer of Tarbet Manse and his elected committee of the professional men who lead Scottish rural communities.

“In Arrochar we had Dr Salmon, Headmaster Charles Grierson, and a local artist, Barclay Hendry, whose family still lives at Glenloin House.”

The decision was taken to collect for the new Fund annually and all the collectors appointed were women, although not one woman was on the committee. Dr Salmon who would have seen suffering at first hand, was himself a collector.

The money was to be used for the nursing and comfort of the Sick Poor, a Victorian description that sounds odd to modern ears. The very poorest in the villages were dealt with under the poor law.

The way in which the fund was to be organised, was set out clearly. Applications for help were to be referred to the committee and the ministers were to decide in difficult cases.

The fund was for everyone, even those who could not always contribute, and the decisions were just and compassionate.

For example it paid for a trained nurse from one of the Glasgow agencies to be lodged in the village or for a local woman to act as a carer. An ambulance or car might be ordered to take a patient, sometimes a tramp, to hospital.

Wine might be prescribed to encourage a poor appetite, or a housekeeper put in a home to allow the children to be cared for while their mother received treatment.

After 1912, a contribution from the Royal Naval Torpedo Range Hospital Fund increased funding since the Range employed many of the men from the villages.

Poor attendance at the Annual Public Meetings was minuted, and on Christmas Eve 1909, such a meeting appointed women to the committee — at the insistence of the local doctor. These women acted like social workers, assessing need and befriending families.

Donations such as rubber cushions made life more comfortable for patients.

As time went on cars and ambulances were hired to take patients to hospital in Helensburgh and Glasgow.

“It is amazing that there was such an organised system of care, funded by donations, in the Parish of Arrochar before the First World War,” Mary said.

This summer the Battle of the Somme in 1916 is being remembered, and there is a poignant reminder of the year in the minute book — "Interruption due to the War” written in pencil across a page.

There were to be no public meetings for five years.

Mary said: “The sad understatement in ‘Interruption’ strikes us as we look at the War Memorial between Tarbet and Arrochar. Help from the fund was still given to those who needed it but there was little money for this. The War Effort came first.

“In 1931 there was a very well attended ‘unseemly public meeting’ of the Fund in the Village Hall. Considering how temperate language in minutes generally was, we can only assume it was held in uproar.

“The complaint was that people no longer wanted their applications for help to be public.”

Five years earlier Charles Grierson was concerned that the main committee should know more about the decisions of the sub-committee, so there was a lack of transparency.

Change was in the air and applicants wanted confidentiality.

The local authority too was now involved in health care. A resident district nurse for Arrochar Parish, at a cost of £200 per annum, was proposed at a public meeting in 1936 of the new District Nursing Association, with Lady Colquhoun of Luss appointed as the Honorary President.

Miss Cameron from the Queen's Institute of District Nursing explained the duties and equipment needed and went on to give advice on collecting subscriptions.

The parish was split into smaller districts for collection purposes and the crossing of county boundaries into Argyll continued.

The County Nursing Association would grant £50 and the Commissioner for Distressed Areas Scotland £200 for the first year.

A paragraph was added to the constitution to define the uses to which the Arrochar Parish Sick Nursing Fund could be put:

The Sick Nursing Fund continued to help those who needed it.

And so it was that Arrochar Parish got its first District Nurse, Miss Annie McVicar Macdonald from Lismore. Her area included Succoth, Glen Douglas, Glencoe, Glencroe and the Forestry Area.

The first bit of equipment needed was a bicycle to visit her cases in this extensive area. Her cycling abilities are not noted.

The figure of £200 per annum was to cover the nurse's salary, her board and lodging and equipment.

Funding a nursing service in the 1930s from the resources of a small parish was a tremendous challenge.

There were grants, varying in amount from year to year and coming from a variety of sources — Dumbarton County Council, Argyll County Council, the RNTF Hospital Fund, and the Commission for Distressed Areas.

Mary said: “Having a Queen's District Nurse in the parish was a matter of life and death, adding urgency to the fundraising efforts.”

The duties of the nurse increased as time went on and this caused conflict. The District Nursing Committee objected to her attending Child Welfare cases. The measles epidemic of 1936 put pressure on both the doctor and the nurse.

Road traffic was increasing and, as a consequence, road accidents. The doctor was paid 12/6d for attending an accident but the Nursing Association paid for the nurse and provided the dressings.

“We can sense the tensions in these pre-NHS years as the voluntary committee struggled to keep the service going,” Mary said.

In one instance the cost of treating a ‘tinker’ was referred to the County Medical Officer of Health, so jealous of its hard won funds was the Nursing Association.

Dr Rutherford was a compassionate man and his duty was to the patient, but often the Nursing Association bore the aftercare costs.

Lodging the nurse was not without its problems. Nurse Macdonald moved from the Ross Hotel to Arrochar House Hotel.

Miss Ross demanded £3 per week for board and lodging and when the arrangement did not work out, she claimed there had been a default of the contract and asked the Nursing Fund for compensation since Nurse Macdonald had left before the year was up.

No record of the contract was found but the Fund paid up. Unity in the parish probably came first.

At Arrochar Nurse Macdonald had her own bed-sitting room and presumably more privacy, but the proprietor objected to the inspection of her room being carried out by the Queen's Institute.

In time a cottage at Tarbet was bought for the serving District Nurse. As in today's world, the expectations of the nursing service rose as time went on and where was the funding to meet the costs.

For example, the Scottish Youth Hostel Association Ardgarten questioned what service was being offered to their wardens and hostellers in return for its £1 10s annual subscriptions. The hostellers and cyclists were covered by the fee.

The wardens were asked promptly to sign up as members of the Nursing Association and be treated like all other residents of the parish.

To meet the rising costs and demand for services, the committee decided on local fundraising.  A Ball was held at Rossdhu House at Luss organised by Lady Colquhoun, and this raised £70.

Whist Drives and dances were held frequently in these pre-TV days. But the constant pressure to raise funds taxed the community and there were always other competing claims.

A Capital Fund was opened in 1937 and £200 invested in Savings Certificates.

The County Council's Medical Officer of Health in 1938 considered a car for the nurse a necessity especially for maternity cases.

Lady Anna Colquhoun gave £50 towards this, but later asked for the money to be given to the hard pressed general fund.

The Nursing Association received 25/- for each maternity case from the County Council. So the purchase of a car was put on hold.

In 1938 there were 1,505 visits made by the District Nurse and these women were revered throughout Scotland. 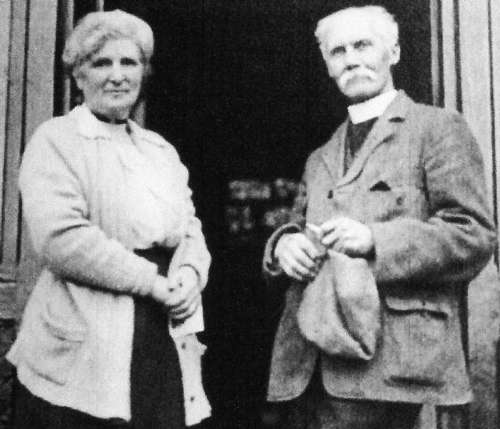 A night bell was installed by John Carson at Arrochar House, straight to the nurse's room so that she might answer call outs quickly.

Nurse Macdonald submitted her resignation for personal reasons in a letter dated January 14 1937, and wrote: “I will always think of my stay in the district as one of the happiest periods of my nursing career.”

The last pre-Second World War minute of the District Nursing Association was written in November 1938, and war broke out in 1939.

“Since then we have only the Rev Iain D.Reid’s letter dated November 1951 asking how the funds remaining in the bank accounts of the Arrochar Parish Sick Nursing Fund are to be used,” Mary said.

The bank account of the funds lay untouched from 1938 and it is assumed because the minister was one of the last signatures on the account the Bank placed it under the Arrochar Parish Church business.

The bank book was passed a few years ago to the treasurer of the Parish Church who was at that time unclear where the money belonged.

Now, however, after the investigation of the minute books proved the background of the collecting of the accrued funds, the Congregational Board took the decision to donate them to the local Doctor’s Surgery.

Giving the funds to the local NHS clinic would have pleased those collectors and committee members, who worked so hard to ensure that the Sick Poor of the parish were cared for — their need for care the only criterion.