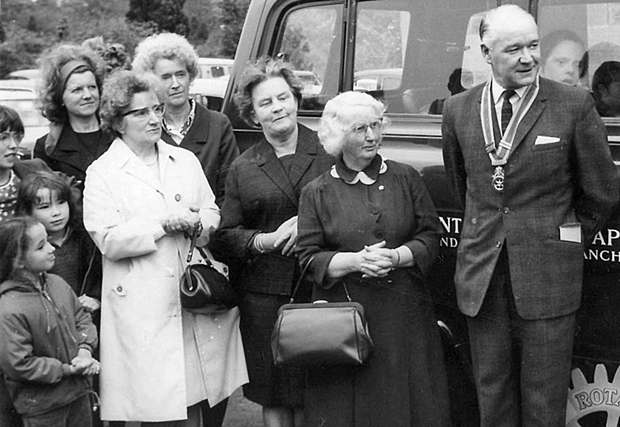 TO THIS day, mention the mentally handicapped in Helensburgh and one name comes to mind.

Rachel Buchanan MBE died on May 25 2008, but she remains the inspiration for all who help the charity now called ENABLE.

An appreciation of her life began: “Many people talk about high-minded ideals like inclusiveness and community — Rachel Buchanan lived them.”

In an interview with the Helensburgh Advertiser when the Helensburgh branch of the then Scottish Society for the Mentally Handicapped celebrated its 21st birthday, she explained how she became involved.

She said: “To begin with the society was called the Scottish Association for the Parents of Mentally Handicapped Children.

“But there was such a terrific response from other people that it was changed to the Scottish Society for Mentally Handicapped Children, and now this year we decided to drop the word children from our title.

“When our son Donny was born, of course we thought it was the end of the world. But it wasn’t and we have had a lot of joy from him and the family would not be able to do without him.

“My husband William and I joined the Dumbarton branch of the society just after he was born, and there was such a lot of interest from Helensburgh that we started up the branch in Helensburgh.”

Initially the branch, led by first chairman Mrs Jean Jahoda of Cardross and secetary Mrs Buchanan, planned to raise awareness of the society’s work and raise money for the Stewart Home at Cove, but after eight years a day care centre was opened in the burgh.

From then care of the mentally handicapped of all ages went from strength to strength — driven by the infectious enthusiasm and commitment of Mrs Buchanan.

Parklands School in Charlotte Street, a purpose-built school for pupils with complex special educational needs, opened in 1993, to her great delight.

Ardlui House, a long-awaited new respite centre for children, was opened in Helensburgh just over two years after her death.

It provides high-quality care for children from across Argyll and Bute — meaning they will no longer have to travel to other parts of the country for specialist care.

The school and centre are goals that Mrs Buchanan, Mrs Jahoda and others worked for many years to achieve.

An appreciation of the life of Rachel Buchanan was written by Norman Dunning, chief executive of ENABLE Scotland, and Professor Andrew Jahoda, and ENABLE Scotland member. It reads . . .

A nurse, a mother, a campaigner for people with learning disabilities; she injected passion and compassion into everything she did and her enthusiasm rubbed off on everyone she met.

Born in Cardross in 1915, to Donald and Margaret McInness, and educated at Cardross Primary and Hermitage School, Rachel went on to travel the world — and to change it.

She was persuasive, yet understated. As a campaigner, she was not

afraid to challenge the status quo, but neither did she make enemies. She succeeded by gaining allies and making figures of authority feel good that they were doing the right thing.

She was awarded the MBE in 1986 for her work with ENABLE Scotland, but true to form, she insisted the honour should be for everyone involved at her local branch in Helensburgh, not for her as an individual. 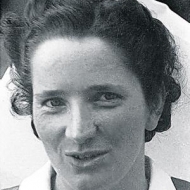 Rachel, who was born on September 20 1915, began her nursing career in the 1930s with fever training at Belvedere Hospital, before general training at the Western Infirmary and midwifery in Perth.

She joined the Queen Alexandria Nursing Service in 1944 and after serving in India she was one of the first nurses to enter a Japanese prisoner of war camp in Singapore.

She was one of the few witnesses to the surrender of Japanese war Generals to Lord Mountbatten.

In her time in Singapore, she must have seen terrible things, but she rarely spoke of it, except to say that she went to a lot of dances and chased doctors.

In 1950, Rachel was married to optician William Buchanan. They went on to have four children: Mairi, Douglas, Donny and Robert.

It was the birth of Donny, who has learning disabilities, in 1956 that had perhaps the most profound effect.

Rachel, Donny and William joined the Dumbarton branch of the Scottish Society for the Mentally Handicapped, which later became ENABLE Scotland.

They soon realised more had to be done locally and became founding members of the Helensburgh branch.

Rachel’s contribution to ENABLE Scotland and to people with learning disabilities across Scotland was legendary.

She was a true pioneer who, despite her responsibilities for her family and, especially, for Donny, went out of her way to support others in similar circumstances.

It was Rachel’s ability to enthuse others that really made a difference. She was involved in a range of groundbreaking projects, from the Stewart Home — the first respite home for children and adults with learning disabilities in Scotland — to day-time provision for children with significant needs, shared holidays, and community housing.

She remained open to new ideas throughout her life and was not in awe of anyone.

While her contribution to the wider community was extraordinary, Rachel’s whole being and sense of purpose was forged in the solidity of strong family attachments and loyalties, to which she became central.

Her professional skills were put to use caring for Donny, as well as nursing her father and eventually her husband.

To the end, Rachel retained her sense of humour and her concern for others. In the note she left for her funeral arrangements, she left a simple message 'Smile, and the world smiles with you'.