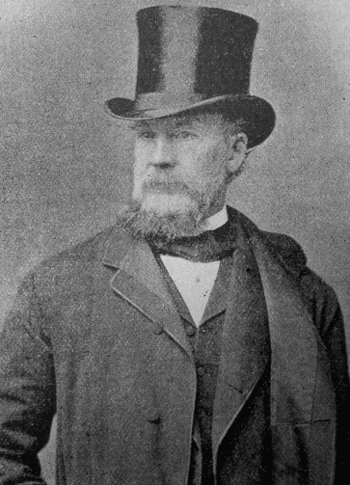 A SAD SIGHT on Helensburgh seafront at the moment is the boarded up mansion Cairndhu — once the proud home of the Ure family.

The fate of the former home, wartime degaussing base, hotel and lastly care home has still to be decided, but it is a treasure which is well worth preserving and is on the Buildings at Risk Register.

It was built in 1871 by famous Helensburgh architect William Leiper for John Ure, a prosperous 47 year-old Glasgow flour miller and merchant who went on to become Lord Provost of Glasgow.

Mr Ure and his wife Isabella — whose Glasgow-born grand-daughter Mary Ure became a famous film and stage star — made it their family home, and he lived there until his death in 1901.

John Ure was born on July 19 1824 in the fashionable Bridgegate Street in Glasgow, seven years after his father, also John, began business as a baker in the city. John Ure & Sons was to became a large and successful.

At the age of eight young John narrowly escaped drowning in the Clyde. He was wading in the river and slipped into deep water.

His companions fled, but the his cries for help were heard by the son a bridge toll-keeper, who plunged into the water and brought him unconscious to the bank.

He soon recovered. Later he himself saved a fellow pujpil from drowning in a canal, and later he plunged into the river at Mavisbank Quay to save a man from drowning.

As a youth he was plucky and resourceful, and enjoyed yachting in rough waters. He was thinking of a career at sea, but when his father died at a young age he took over the management of the family business.

An early decision was to close the bakery and concentrate on dealing in flour, and he became well known in city business circles. He became Deacon of the Incorporation of Bakers, and in 1856 he was elected to the then Town Council.

In 1858 he was made chairman of the health committee in 1859 depute river bailie, in 1860 Bailie of the River, and the following year Bailie of the Burgh — rapid promotion which showed that his acumen and enthusiasm was appreciated.

He also organised a Volunteer company composed of members of the grain trade, and was appointed Captain.

In 1865 he built the Crown Flour Mills in Glasgow’s Washington Street so that he could do the flour-milling rather than having to pay for it. He was doing extremely well financially, and decided to have Cairndhu built so that he could move to Helensburgh in 1871.

His principal work on Glasgow Town Council was sanitary improvement.

Amongst other measures, he secured the appointment of a medical officer of health, the organisation of the cleansing department, and arranged for an inquiry into the disposal of the city’s sewage and drainage.

Colleagues widely respected his achievements, and it was no surprise that when the Lord Provost’s chair was vacated by Sir William Collins in 1880, John Ure was unanimously appointed to succeed him.

He led the city with grace, dignity, impartiality, and ability, and he laid the foundation stone of the Municipal Buildings, now City Chambers, in George Square.

He declined a second three year term and set off with his wife Isabella and two of their children on a ten-month round the world trip.

He declined the offer of a knighthood on the grounds that he felt amply rewarded by the recognition of his fellow citizens, but he accepted the degree of LL.D. from Glasgow University, and was appointed a Deputy Lieutenant of Lanarkshire and Dumbartonshire, and also of the County of the City of Glasgow.

He also continued to run and expand his business, assisted by three of his four sons.

The only relaxation he enjoyed was riding, and although his home for 30 years overlooked the Gareloch and the Clyde he did not have time for yachting. 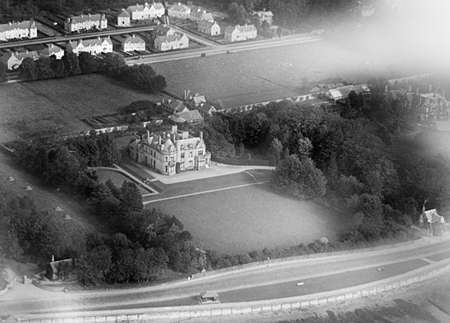 He died on August 1 1901 at Cairndhu (left) in his 78th year of his age, and many tributes were paid to him at the Town Council, the Clyde Trust and many other public bodies.

His second son Alexander, after leaving Larchfield Academy, became an advocate. He was elected Liberal MP for Linlithgow in 1895 and represented the constituency until his elevation to the bench in 1913.

From 1905 to 1909 he was Solicitor General for Scotland, before succeeding Lord Shaw as Lord Advocate and becoming a member of the Privy Council.

In 1913 Alexander succeeded Lord Dunedin as Lord Justice General for Scotland and Lord President of the Court of Session, and in 1914 he was raised to the peerage under the title of Baron Strathclyde of Sandyford, County Lanark.

After his distinguished legal career was ended by ill health he retired to Cairndhu in 1920 and died there in 1928. Both he and his father, and other family members, were laid to rest in Helensburgh cemetery.