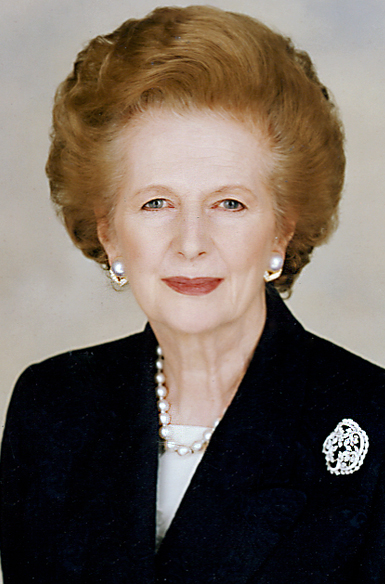 THE death of Baroness Thatcher on April 8 2013 led to the great and the good producing all their views and memories — some favourable, some not so — of the ‘Iron Lady’.

In Helensburgh thoughts turned to her visit to the town on April 18 1975, when the first woman to lead a British political party was given a rapturous welcome.

Some 200 people, young and old, were outside the Victoria Hall, while inside 900 ticket holders had gathered to hear her speak.

They filled the main hall, and the speech was also relayed by loudspeaker to the pillar hall, room four, and those outside.

“It was smiles all the way,” West Dunbartonshire Conservative constituency agent David Findlay said afterwards. “The reaction was one of overwhelming approval and the visit was an unqualified success.

“West Dunbartonshire turned out in force to see her, and everyone seemed genuinely pleased to speak to her.”

Even in 1975, just ten weeks after defeating Ted Heath to become Tory leader and Leader of the Opposition and four years before she became Prime Minister, the Grantham grocer’s daughter was already a controversial figure — which explains Mr Findlay’s further comments.

“There was no hostility at all,” he said.

“Mercifully we were spared the undesirable hooligan element which apparently marred her next day in Glasgow, and we must all be proud that hooliganism did not raise its ugly head in West Dunbartonshire.” 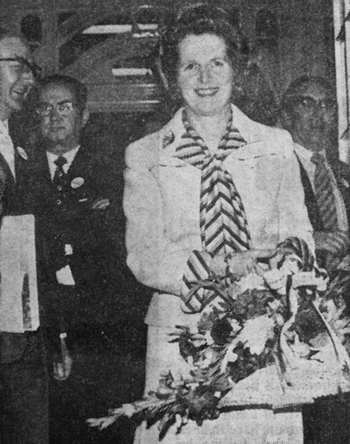 The visit was actually a family occasion, when the Cullens of Cardross met their sister-in-law for the first time in nearly 20 years.

She stayed with Agnes and Margaret Cullen, of Craigend Farm, who had written to her and invited her to visit the district. Also there was her brother-in-law, Morton Cullen, of Mollandhu Farm.

She arrived at 5.40pm for tea, and then Agnes and Morton took her to the Victoria Hall. Afterwards they all returned to Craigend.

Agnes said afterwards: “It all went very well, and we enjoyed having her stay with us very much indeed. She is very easy to talk to, and she had a lovely day for her visit to the district.

“She seems to make an impression on everyone she meets and just puts everyone at ease. I think she would make a very capable prime minister if she gets the chance.

“The whole visit was very hectic. By the end of the day she was very tired, but she got a good sleep that night and she looked so much better in the morning.”

At the public meeting she spoke about the economy, Europe, and the need to oppose socialism in Scotland.

The meeting was followed by a reception in the Commodore Hotel, attended by some 100 representatives of local organisations and industry and charitable bodies.

There she chatted for several minutes with Dunbartonshire County Convener Billy Petrie, and Helensburgh Advertiser founder and owner Craig Jeffrey was thrilled when he secured an exclusive interview — the only radio or TV interview she gave that day. 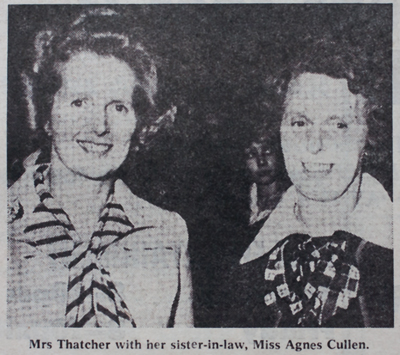 Craig presented a regular programme on the Vale of Leven Hospital Broadcasting Service, and he asked her for her favourite music. She chose Elgar’s Variations, Amazing Grace, and some Scottish airs.

He asked her how she managed to run a party and a family at the same time, and she replied that she had a very understanding husband and her children were now grown up and of an age to look after themselves.

She was asked if she found that some of the men she met in her political career took exception to the fact that she was a women holding such an important office. She immediately replied that this was not the case and they were more than delighted.

She also gave a more traditional brief interview to Advertiser reporter Fiona Howard, and told her: “It was a lovely reunion with the Misses Cullen, and it was marvellous to see them again.”

Fiona’s verdict on Mrs Thatcher afterwards was: “She is a credit to her sex, tireless, attractive, constantly cool under all kinds of pressure, and, most important of all, human.”

Someone else very pleased to meet her was rally driver Mrs Margaret Oliver, from Clynder, once runner-up in the Daily Mail Woman Driver of the Year contest, who drove her from Glasgow to the Vale of Leven and then to Cardross. 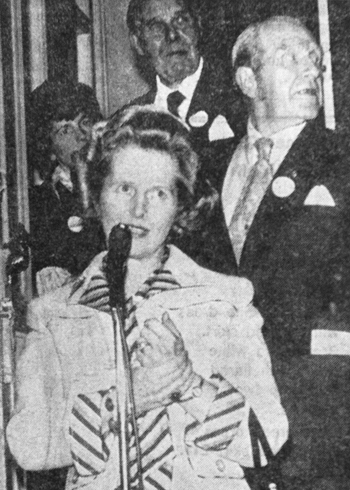 She said afterwards: “Mrs Thatcher sat in the front passenger seat. She was super, an absolutely charming person, and she was talking very freely. It wasn’t a stiff, formal drive at all.

“It was a great thrill and an honour to be asked to do it. Mrs Thatcher was so nice, and seemed to have time for everyone. It was a day I will remember all my life.”

Someone else who met her but was not quite so happy was Helensburgh man Tony Collingridge, general manager of W.D. & H.O. Wills Scotland, who was showing her round the Wills cigar and cigarette factory in Glasgow.

The lift broke down, trapping Mrs Thatcher, Mr Collingridge and 16 others. “It was only for four minutes, but it seemed like forever!” he said later.

“It was very embarrassing, but she took it in very good heart.

“Basically it was a matter of concern for the people stuck in the lift, and a source of amusement to the others.”