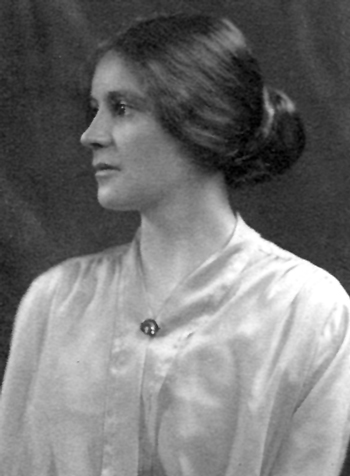 A HELENSBURGH organisation set up in 1916 to help the First World War effort by growing herbs lasted for four successful years before it was wound up.

The story of the burgh-based Dumbartonshire Herb Growing Association came to light when its minute book was donated to Helensburgh Heritage Trust by Professor John W.G.Blackie, Emeritus Professor of Law at the University of Strathclye, who is a descendent of its second and last secretary and treasurer.

During the Great War the government asked civilians to grow medicinal herbs, and at a meeting in the Victoria Hall on June 29 1916 it was decided to set up the county association and get to work.

On July 3 the Glasgow Herald reported: “A meeting was held in Helensburgh at which an association was constituted, having as its main objects the growing, collection, preparation and marketing of medical herbs, of which since war started this country has had very short supplies.

“The association was named the Dumbartonshire Herb Growing Association.

“It was decided to affiliate the association to the Herb Growing Association, London, who are encouraging and instructing local associations.

“The instructions for June sent by the London association refer to the collection and preparation of wild foxglove leaves.

“Arrangements were made to collect wild foxglove leaves in the neighbourhood of Helensburgh, a suitable place for drying them having already been secured.”

The minutes of the meeting added that the association would be run on patriotic lines.

Helensburgh Town Council granted the free use of a conservatory in the grounds of Hermitage House for herb drying, and arrangements were made for taking care of herbs sent there for drying.

By the time of a committee meeting on July 7 twelve racks of foxglove leaves were full, and six more racks were ordered.

At that meeting it was agreed that Mrs Gore should attend a meeting in London on July 20 to consider the formation of a Central Association.

But the committee did not approve the name proposed and regretted the omission of any proposals to secure protection for the herb growing industry after the war — and Mrs Gore was instructed to raise these points.

The next meeting was held on January 8 1917, when Mrs Gore reported on the London meeting. The first AGM followed at Dr Ewing Hunter’s home on February 2, and the officebearers were re-elected.

At a meeting in the Victoria Hall on April 5, Miss Renton, headmistress of St Bride’s School, undertook to get some twelve of her schoolgirls to assist at Carron Bank and the drying shed at Wellcroft, and it was noted that the Boys Brigade would assist in picking foxgloves in July.

It was decided to grow opium poppies, thorn apple and chamomile at Carron Bank, and this would take up most of the ground. The remainder would be planted with garlic if available at a suitable price, or with potatoes.

It was at this point that 22 year-old Miss Ruth M.Blackie (pictured above) — whose nephew John W.G.Blackie, Emeritus Professor of Law at Strathclyde University, donated the minute book his aunt had kept — said she would take on the duties of hon secretary and treasurer when Mr Rennie was called up under the National Service Scheme.

In June Miss Blackie, later to become Mrs Hedderwick, spent a month at The Whins School of Medicinal Herb Growing at Chalfont St Peter, Buckinghamshire, set up by National Herb Growing Association founder Maud Grieve, a Fellow of the Royal Horticultural Society with an encyclopaedic knowledge of medicinal plants.

At the next meeting on July 11 it was agreed that a Demonstration of Fruit & Veg Bottling should take place at the earliest possible date, and to engage the Good Templars Hall and an expert to give the demonstration.

Admission would cost 3d and bottles would be available for sale, with any proceeds going to the Royal Horticultural Society War Relief Fund. In the event £21 was sent, and 250 dozen bottles were sold in the burgh and in the county.

The committee was told on October 5 that as Carron Bank was no longer available, seeds of opium poppy and thornapple were sown in May at Brooks House, Cardross.

By arrangement with Miss Renton, St Bride’s girls had worked in this garden once a week during May and June, but it was reported that thornapple did not grow well, and the poppy crop was poor because of ‘the bad season’.

At the second AGM in the Victoria Hall on February 19 1918, Mrs Gore became president and Dr Ewing Hunter vice-president. A letter from Messrs W. & R.Hatrick & Co., 158 Renfield Street, Glasgow, commenting on the excellent quality of the chamomile sent to them was read.

A committee meeting on April 29 accepted a proposal that the name of the association be changed to ‘National Herb Federation, Dumbartonshire Centre’ as requested by the federation.

It was also resolved that schools in Helensburgh, Row and Cardross should be approached by Miss Blackie with a view to obtaining help from school children. Payment would be made for fresh herbs brought in.

A letter from Helensburgh Town Council granted the use of the stable at Hermitage Hospital as a drying shed, and two letters were read by Mrs Gore stressing the importance of maintaining the supplies of medicinal herbs.

The next committee meeting on September 13 heard that the association had stopped distributing fruit bottles as they were being sold by retail shops in the burgh.

Five members attended the third AGM on February 18 1919 in the Victoria Hall. Extra ground had been obtained at Hermitage and at The Glen, 24 Queen Street, with belladonna, chamomile, aconite and valerian cultivated.

The meeting heard that St Bride’s girls and two members of the Helensburgh Voluntary Workers had given valuable assistance throughout the summer. About 60lbs dried weight of herbs had been dried and sold, and 10lbs of digitalis.

No further minuted committee meetings took place until April 18 1920, when six members met at Dr Ewing Hunter’s home for what turned out to be a climactic meeting.

The necessity of winding up the association was then discussed, and it was agreed to do this. 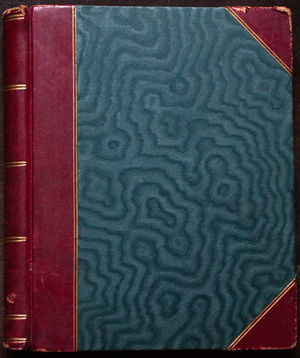 The resolution stated: “That there being no further useful purpose to be served by the continued existence of the association, it be now wound up; and that any surplus funds, after paying the expenses of the association, be given to the local branch of Comrades of the Great War.”

The meeting heard that most of the smaller Centres had been wound up, but that one or two larger associations, notably the Lothians and a large one in Suffolk, were going to carry on herb cultivation, collecting and drying.

A notice of the winding up was placed in the Helensburgh and Gareloch Times of May 19 1920.

The paper also reported: “During the whole period medicinal herbs have been successfully cultivated in Helensburgh, dried in a shed specially fitted up, and sold to wholesale chemists.

“The dried herbs found a ready market, and were of good quality. The collecting of wild plants was also undertaken.

“There is now no need for the existence of small centres for herb growing, but their work during the war was of substantial use, and was in a measure instrumental in reviving and establishing British medicinal herb cultivation.”

The final completed page of the minute book is a stamped receipt stating that on September 3 1920, £10 was received from the Centre liquidator by the Comrades of the Great War.