THE work of the Marine Aircraft Experimental Establishment at Helensburgh and Rhu during the Second World War was top secret at the time . . . but more and more information about it is emerging as time goes on.

Former Merseyside newspaper editor Robin Bird, who is currently preparing his second book about MAEE Helensburgh, is the man responsible, and he has been a regular source for this website. 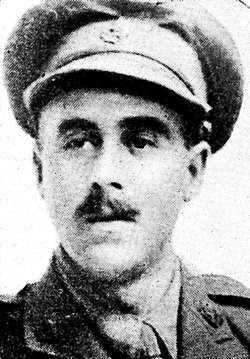 A DECORATED war hero from Garelochhead was among the many thousands who lost their lives in the World War One Battle of Passchendaele in Belgium.

Lieutenant Campbell Greenhill, who was born at his parents home in Glencairn Terrace on November 4 1885, was 31 when he died in what was also known as the Third Battle of Ypres, one of the major battles of the war. 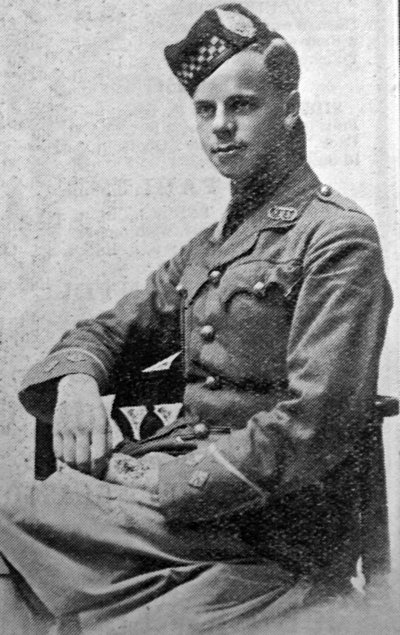 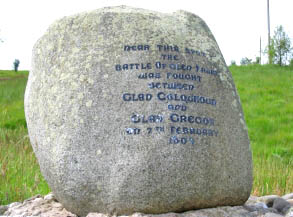 ON February 7 1603 a force of some four hundred men of Clan Gregor, Clan Cameron and other “brokin Hieland men” came down to Glen Fruin to raid and to pillage.

Glen Fruin lay in the lands of Colquhoun of Luss, and there was a long history of enmity between the MacGregors and the Colquhouns, as indeed there was between many residents on the borders of the Highlands and the notoriously lawless Clan Gregor. 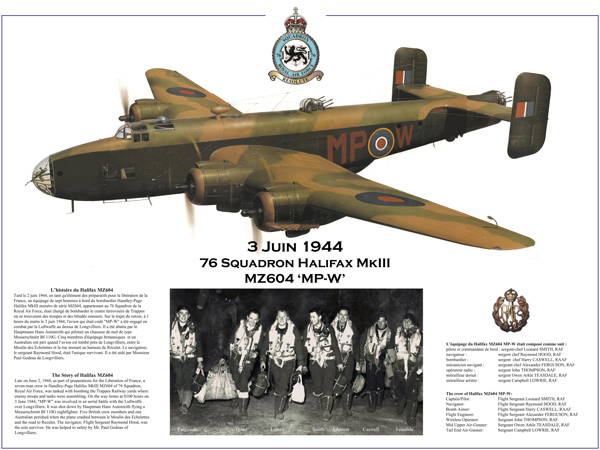 A HELENSBURGH airman who died when his plane was shot down during the Second World War is commemorated on war memorials in Hermitage Park and in northern France.

And in November 2009 a specially prepared photographic tribute to him and his crewmates who died was presented to the Mayor of the town where the monument is.

This article was originally published in the January— February 2008 issue of "The Highlander", an American magazine.

However having read the booklet "The Battle in Glen Fruin 1603 — A Legend Re-Assessed" by James Pearson (Elachan Publications 2006) and having spoken to him, I amended the article in April 2016. 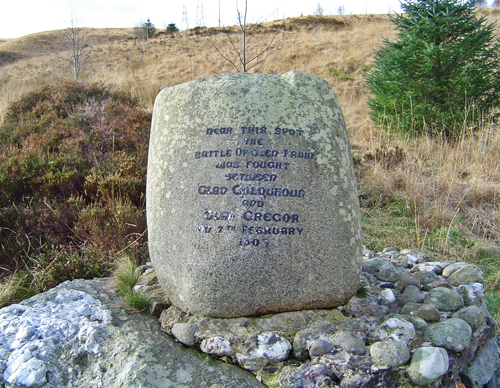 "WHAT is history," asked Napoleon, "but a fable agreed upon?"

That a battle took place in Glen Fruin on the 7th February 1603 between the Colquhouns and the MacGregors, that the number of Colquhoun dead was very much greater than MacGregor dead, and that the MacGregors were subsequently severely punished for their actions — these are about the only three facts that most historians will agree upon regarding the Battle of Glen Fruin.

IN 2003 the Clan Gregor Society held an International Gathering to commemorate the quatercentenary of the battle on 7th February 1603.

The actual ceremony took place at the cairn by the roadside above Auchengaich Farm.