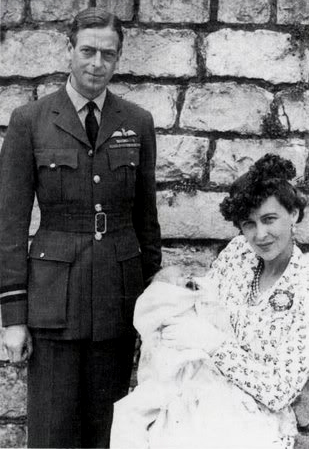 A ROYAL question has arisen over the World War Two history of the Marine Aircraft Experimental Establishment at Rhu and Helensburgh.

Retired local newspaper editor Robin Bird, who is currently completing his second book about the establishment, which was officially known as RAF Helensburgh, wonders if any local people can remember a visit by the then Duke of Kent.

The work of MAEE was top secret during the war, but more and more information about it is emerging as time goes on.

Robin's first book was about his father Bob Bird, who was MAEE's official photographer, and the new book — which has been delayed by a family bereavement and computer problems — will lift the high security curtain still further.

He says: "Prime Minister Winston Churchill was seen at Rhu, prior to crossing the Atlantic for historic talks with American President Franklin Roosevelt. This would almost certainly have brought him within the confines of RAF Helensburgh. But did the Duke of Kent visit the establishment?

"The Duchess of Kent did. She was known to accompany her husband during his goodwill tours of RAF stations before his mysterious and controversial death in an air crash in the Highlands on August 25 1942 at the age of 39.

"The Duchess, one of the most beautiful and well dressed women in Britain, regularly visited units of uniformed women during the war.

"She inspected Womens Auxiliary Air Force members — who were housed at Woodstone — at the MAEE headquarters, Ardenvohr, the requisitioned Rhu home of the Royal Northern Yacht Club.

"In fact a photograph of the royal visit was published in the Helensburgh and Gareloch Times, raising concerns with the local police that there could be a breach of security."

Robin says that MAEE would have interested the Duke in his role as Air Commodore. While his inspection would have been held in private, it is likely that the royal couple — who had a home at Pitliver House, Rosyth — would have visited Helensburgh and Rhu together.

Mystery and intrigue surrounds the crash in which the Duke died when his Sunderland flying boat crashed into a Caithness hillside in bad weather while on route from Invergordon in Easter Ross to Iceland on what was officially described as a goodwill tour.

One twist in the story was the choice of a Sunderland flying boat taking off from Invergordon, and normally a land-based plane from Prestwick, where MAEE had an airfield, would have been used.

"It was alleged that the British Secret Service sabotaged the Sunderland, W4026, because of the Duke's friendship with the Nazi hierarchy," Robin says. "He wanted peace with Germany and it was even rumoured that Rudolf Hess was aboard the plane.

"The Duke was certainly a colourful character known to take drugs and have affairs with women and men. The Duchess, in contrast, was well respected as a member of the royal family and a mother, and had given birth to their third child, Prince Michael of Kent, only six weeks before the crash.

"The Duchess may also have visited Helensburgh and Rhu after her husband's death. She continued goodwill visits to units of uniformed women while in mourning — and still managed to look striking as a widow wearing purple and black."

Helensburgh man Billy Petrie, Provost of Argyll and Bute Council, was a child growing up in Rhu village at the time. “I remember when the Duchess visited the Yacht Club,” he says.

“A picture of her was taken at the gatehouse and published in the local paper. My father was a Special Constable, and in the wartime atmosphere he felt that publication of the picture was a security risk.

“However, I am not aware of the Duke having visited the area, and he was not with her that day.”

Another wartime visitor to Rhu was the exiled Ethiopian Regent, Haile Selassie, who lived on a large yacht called the Nahleen, owned by a family called Yuile, before moving to a rented house on the Rhu Point road, Rhu Lodge, which was later rented on one occasion by entertainer Noel Coward.

The wartime diary of Robin's father, Bob Bird, was the inspiration for his first book, ‘Top Secret War Bird of World War Two', about his father.

The new book is entitled ‘Secret Air Force of World War Two', about MAEE at Helensburgh between 1939-45. It was a secret wing of the Royal Air Force and tested seaplanes, radar, Leigh Lights, torpedoes and depth bombs as part of the war on U-Boats.

"It is a fascinating story not previously told in full," added Robin, a retired editor of Merseyside local newspapers, including the Birkenhead News and the Wirral Globe, and later a Newsquest editorial director.