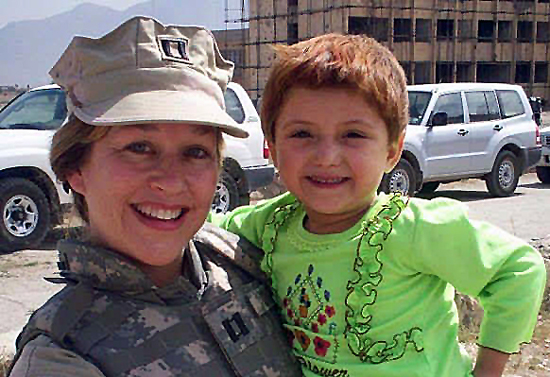 THE Facebook post was succinct: “Afghanistan, I weep for you.” The surprise was that the author runs a bed and breakfast establishment at Arrochar.

But to anyone who knows Brenda Steele MacCrimmon, it was no surprise that the proprietor of Fascadail on Loch Longside felt that way.

The mountainous landlocked country at the crossroads of Central and South Asia is bordered by Pakistan to the east and south, Iran to the west, Turkmenistan, Uzbekistan, and Tajikistan to the north, and China to the northeast — and she has spent a lot of time there.

The country, and in particular its women and children, mean a great deal to her, and she was devastated when the Taliban conquered the capital Kabul last week after taking control of all the regional capitals with little resistance. 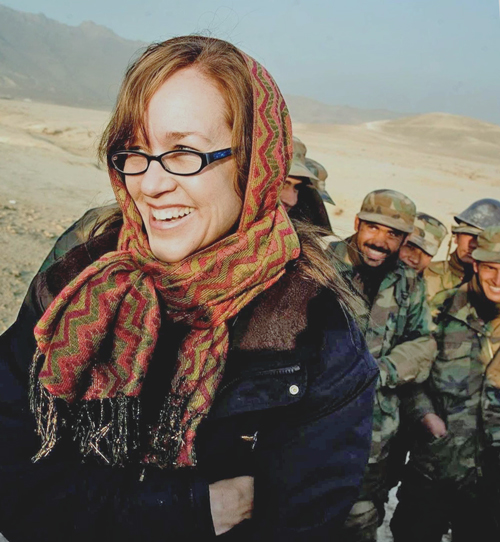 “It’s been a combination of political failings that has ripped the Persian rugs out from under Persians’ feet.

“When the male leaders of the world neglect to consider the dreams and aspirations of sixteen year-old Afghan girls and boys in their negotiations, this epic failure is realised.

“The men and women who have served as our translators, interpreters and advisors, serving with their life-blood and dedicated to our mission, deserve much better than what the US and British governments have offered them for safety and security.”

Learning about the colourful background of this talented lady, it is easy understand her depth of feeling.

Brenda Steele was born in Mobile, Alabama, on September 13 1963, and grew up in Cocoa Beach, Florida where father was a designing engineer on the Apollo and Space Shuttle programs.

She joined the UIS Navy after being inspired by a female Chief Petty Officer and a neighbour’s son who was travelling the world.

Later she became a Public Affairs Officer before eventually  retiring with the rank of Commander.

In 2006, Stuart MacCrimmon and Brenda briefly met in Stavanger, Norway, at the Joint Warfighting Centre where she had been appointed to share her experiences in Afghanistan with service members worldwide who would later be going there to serve.

The two later met again in Kabul, where they were both assigned to the International Security Assistance Forces Headquarters. This was beginning Brenda’s second tour in the country and Stuart’s first.

Since then, both separately returned to Afghanistan four more times with their own respective militaries.

In between, Brenda worked at RAF Molesworth in Northamptonshire, and the two married there in 2011.

Brenda with the US Navy and Stuart with the British Royal Marines, both still serving, spent a lot of time apart because of the locations of their individual deployments.

Stuart was deployed with the US Marine Corps in 2013-14 as their British Liaison Operations Officer while living and working at Camp Lejuene, North Carolina.

Stuart, who still serves as a Royal Marine and is commander of the Commando Training Centre in Lympstone in Devon, began to also support his wife’s efforts to assist a women’s project in Afghanistan called Women of Hope.

The project — which she spoke about when she visited Helensburgh Rotary Club a few years ago — was helping Afghan women economically sustain themselves through their embroidery and hand-crafting talents.

The charity ceased operating about five years ago as the directors left because of the declining security in the country. 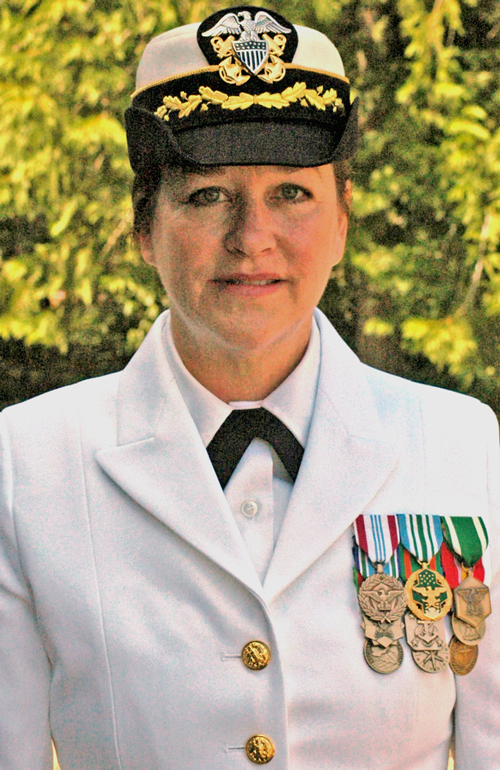 After retiring from the US Navy, Brenda (pictured left in uniform) returned to Afghanistan as a civilian, but the security had deteriorated dramatically, so she left after six months and began permanently living in the UK with her husband and to pursue a new career field far outside US government affairs.

Over several years, she had sought Special Immigration Visas for five Afghan men and their families, all of whom now live in the US. Four are citizens and the fifth will soon become one.

“We both have had a very trying couple of weeks with the news of the American withdrawal coming out of Afghanistan,” she said.

“Between the women in the project that I supported, and all of the wonderful Afghan men, women and children we have come to know over the years, it’s heart-breaking news.”

Brenda could see the security situation had declined horribly when she did her last job in Kabul in 2017, and it severely depressed her then. She had a difficult time coping with that reality.

She admits that the new reality of the Taliban taking over all major cities has sent her into depression. Stuart does not want to talk about it as that is the way he copes.

Several of their friends who are military veterans, development workers, state department, workers, and charity workers, have been texting and calling her.

She said: “We have all spent  what amounts to hours talking different veterans of Afghanistan service through a very bad time. 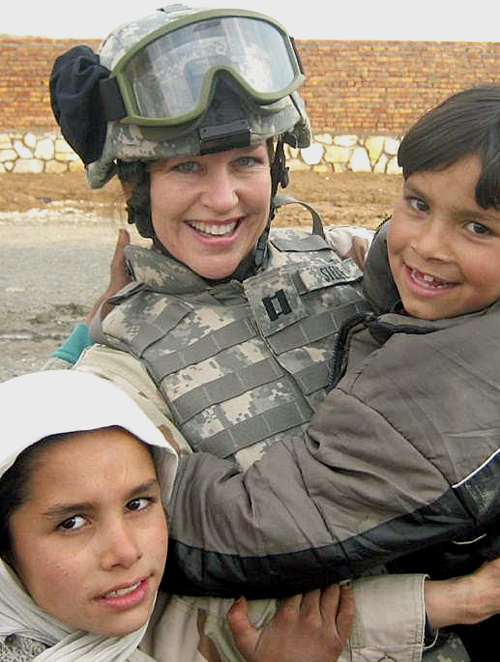 “Everyone is just trying to cope with the fact that Afghanistan is lost, that the girls most likely won’t be in school for much longer, that the boys will be sent to radicalising madrasas, and that the women will be robbed of the futures they worked and fought so hard to gain for the first time in their lives.

“We are now frantically writing letters, acquiring letters from members on Congress, and beginning to liaise on what routes we might consider taking to get Afghans who have worked with coalition forces out of the country.

“But the path is narrowing, and there doesn’t seem to be any diplomatic route to take now as the embassies there are now closed. 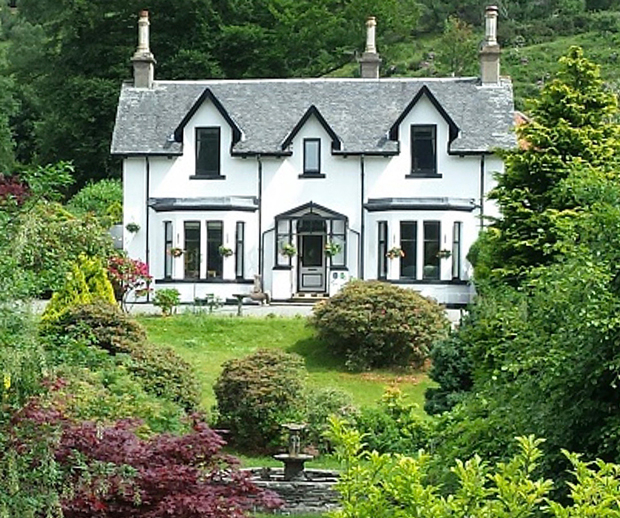 “At the moment, we are fighting the feeling of hopelessness along with all of those who served there, alongside all of our friends who are spending the rest of their lives wounded, and alongside those who have lost their lives in Afghanistan over the years.”

Now they are at Fascadail (left), which they bought because they felt the need to begin welcoming people into their home as neither had been able to do it for years in the austere environments where they worked while on military service.

“It’s a joy to be able to host people, cook for people, and yes, even clean up after them,” she added.

“It’s just a blessing to be able to enjoy this beautiful place with two acres of lush garden in an area of such natural beauty with friends, family, and new acquaintances every single week.

“I feel like I’ve been reborn after years in the military!”