RAF HELENSBURGH had on its books during World War Two the last two Supermarine Stranraer twin-engined flying boats operated by the RAF.

The Stranraer was a design by Reginald Mitchell, who also designed the Schneider Trophy winning seaplane and also the Supermarine Spitfire.

It had many good qualities as a biplane, but it was considered obsolete by 1940.

It was soon replaced by two more modern mono winged flying boats, the Short Sunderland and the Saro Lerwick.

The Marine Aircraft Experimental Establishment, when it was at RAF Felixstowe, used Stranraers for trials before the war and found them reliable. When the establishment moved to Rhu MAEE it continued to use them.

Initially RAF Helensburgh at the outbreak of war was not ready to accommodate all the flying boats from Felixstowe, which included Stranraer K7269 and it spent the autumn and winter of 1939 at Stranraer.

On April 10 1941, Stranraer K7295, while on Helensburgh’s books, went to rescue a pilot who had been based at Helensburgh. 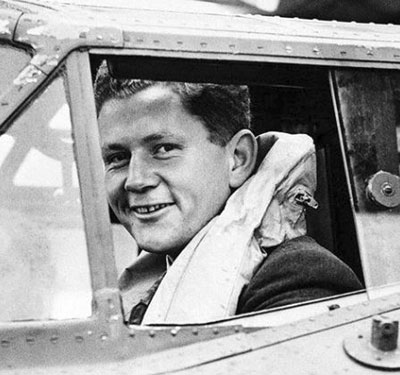 Pilot Officer Dennis Briggs survived a Catalina crash at Dumbarton in January 1940. Britain’s only Catalina at the time had taken off from Rhu a few minutes earlier.

Briggs became well known the month after his dramatic rescue when his spotting of the Bismarck resulted in its sinking by the Royal Navy.

Before that, during April 1941, Briggs was flying a Saro Lerwick with Flying Officer Eddie Edwards and 209 Squadron. They had taken off from Castle Archdale, Lough Erne, and flew into an international incident.

Their Saro Lerwick L7267, was looking for U-Boats on April 14, 1941. Suddenly both engines spluttered, indicating a lack of fuel.

They were forced to land in Donegal Bay, Eire’s neutral waters. Briggs informed Lough Erne, and he was told to ditch any sensitive papers and equipment, especially the decoding machine.

As a result contact with Lough Erne was lost, and Briggs and his crew felt alone.

When a fishing boat came alongside the stranded Lerwick, he organised a tow into Bundaron harbour.

But by this time the Irish authorities had decided to arrest Briggs, his crew and the Lerwick. Before the tow could begin, a motor vessel put Irish soldiers on board.

They checked the aircraft and the crew in case anyone was injured. Following a fruitless search for a decoding machine, or secret papers, Briggs and Edwards and their crew, except one, were taken to Bundaron’s Garda police station.

As they passed through Bundaron, under guard, local people showed support for them, shouting ‘Down with Hitler’.

They were taken to Finner Prisoner of War camp, but one crew member of the Lerwick was allowed to stay on the aircraft, guarded by a soldier.

Meanwhile tensions and diplomatic exchanges continued on both sides of the border, and soon involved England.

Aboard the Lerwick the lone RAF man and the Irish soldier were in a ‘Mexican stand-off’ situation. Then they discovered that they both had ancestors from the same part of Eire, and tensions eased aboard the aircraft and elsewhere.

A solution was at hand. Fuel was to be taken to the stranded Lerwick without flaunting international law. Helensburgh’s Stranraer L7295 went to the rescue with 80 gallons of aviation fuel in drums.

L7295 made regular trips to Lough Erne, but it is not known if the Stranraer landed there or in Bundaron harbour on this occasion. The fuel was most likely then taken by lorry over the border to the Lerwick.

The Irish Government had decided that Briggs and company were ‘mariners in distress’ They were in a ‘flying boat’ that had landed on water because of an emergency.

It would have been different if Briggs had not landed in a seaplane.

Back on the Lerwick Briggs prepared for take-off while Eddie Edwards supervised the refuelling.

However, they were not out of the water yet because of choppy seas, with the height of waves threatening to damage the aircraft during take-off.

Briggs turned into the swell towards Sligo and at 60 knots successfully took off. Back at Lough Erne a warm bath and bed awaited.

K7295’s return to Helensburgh raises the question of which was the last Stranraer flying with the RAF.

Stranraer K7303 dropped test bombs at Helensburgh early in 1942 before being withdrawn from service.

K7295 caught fire on the slipway at Rhu during May 1942. After being repaired it flew to Loch Ness on September 4, where it bounced on landing and was wrecked.

So K7295 was the last Supermarine Stranraer flying with the RAF. It still exists today in model form and features on the box of the construction kit. 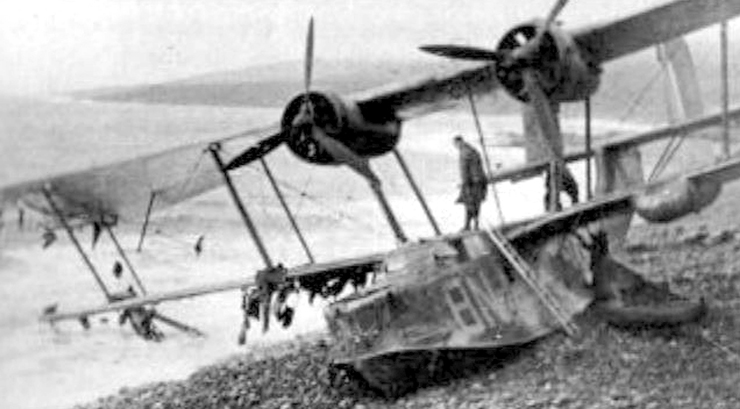 The wreckage of the last Supermarine Stranraer flying boat after it crashed in September 1942.