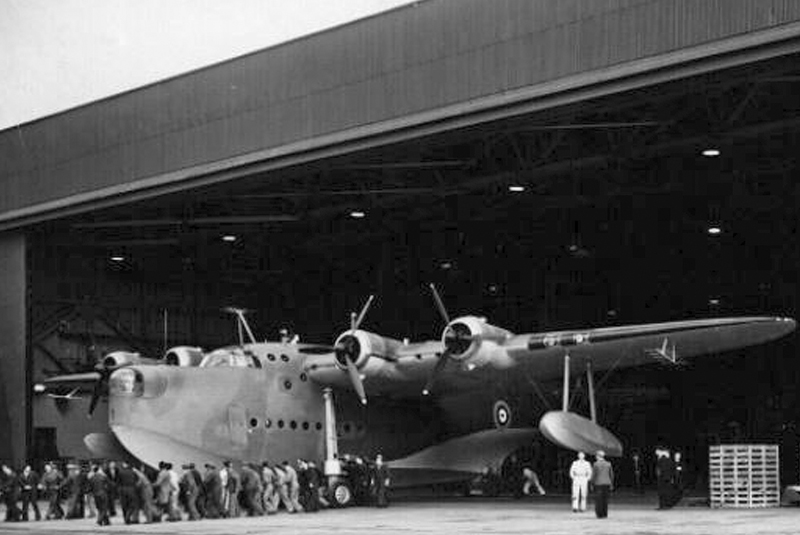 RAF HELENSBURGH had close links with the Blackburn Aircraft Company in Dumbarton during World War Two.

They worked jointly on the Sunderland flying boats which were built at the Denny yard in the shadow of Dumbarton Rock and then had their airworthiness checked at the Marine Aircraft Experimental Establishment at Rhu.

Some of these Sunderlands were used by MAEE as trials aircraft to develop anti-submarine weapons, or air to sea radar.

Other trials were to improve the performance of these large four-engined flying boats both in the air and on water.

The rare photograph (above) of the first Sunderland Mk 11 T9083 emerging from a hangar at Dumbarton shows the amount of manpower needed to handle a Sunderland and the size of the hangar needed to accommodate it.

Two similar hangars were built at Ardencaple where the Clyde Naval Base reception building now stands.

The photograph below is also a landmark one, showing the last Sunderland VB889 built at Dumbarton in October 1945.

They were then towed, but this took a long time — especially during bad weather. 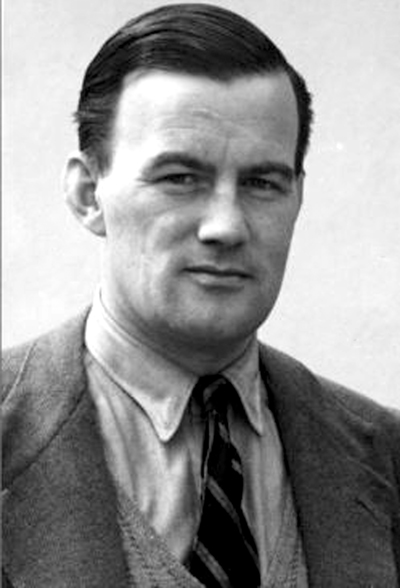 Blackburn’s chief test pilot, Captain Charles Flood (left), came up with the answer. He took off from the factory slipway on full power with the height controls hard down.

His Sunderland narrowly missed Dumbarton Rock and the nearby hills before banking off for Helensburgh.  Workers at the factory gasped — and gave Captain Flood the nickname Captain Blood.

However once this take off was perfected, Sunderlands were flown to Helensburgh.

The Blackburn-built Sunderland T9083 remained at Helensburgh during the autumn of 1941 for fuel and performance tests. Modifications made to a Mk 11 resulted into the new Mk 111 Sunderland.

On arrival at MAEE in August 1941 it boasted improved bow and step for lift-off. Better guns were added.

MAEE photographer Bob Bird has in his diary for Saturday April 4 1942 flying in T9083 for more than an hour. On another lengthy flight T9083 put down at sea on Saturday May 16 to allow some fishing.

Sadly both Bisdee and Hayter would die later while flying, Hayter during bombing while Bisdee’s plane blew up during a post war military exercise.

The last Dumbarton-built Sunderland VB889 was completed during October 1945 and was bid farewell by the workforce. It missed the war but did take part in the Berlin Airlift.

The longest trials Sunderland at Helensburgh was K4774, the prototype built at Rochester, which was delivered to the MAEE at Felixstowe in April 1938, followed by the second to be built, L2158. Both aircraft went to Helensburgh.

L2158 later transferred to an operational squadron and was lost with its crew in the Atlantic on August 17 1942.

K4774’s trials improved future Sunderlands and were the subject of several reports between 1938 right up into the early 1950s. Its last recorded flights at Helensburgh were on March 2 1944 piloted by Squadron Leader Stan Sismey and in early April with Squadron Leader Fox at the controls.

Soon after this, K4774 was written off in an accident and declared unserviceable. 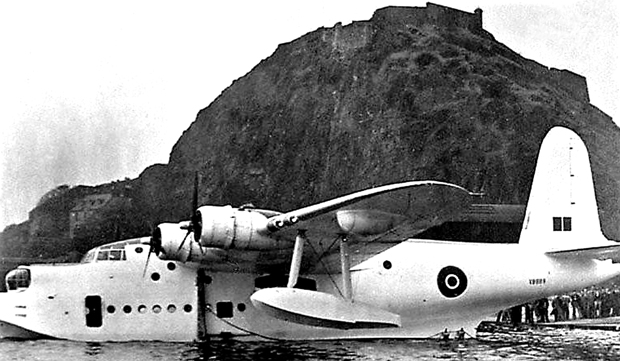 The Sunderland was one of the most powerful and widely used flying boats throughout the Second World War.

Sunderlands were heavily involved in Allied efforts to counter the threat posed by German U-boats in the Atlantic. On July 17 1940, an RAAF Sunderland had the type’s first unassisted U-boat kill.

Sunderlands also played a major role in the Mediterranean theatre, performing maritime reconnaissance flights and logistical support missions. During the evacuation of Crete, shortly after the German invasion of the island, several aircraft were used to transport troops.

Numerous unarmed Sunderlands were flown by  the British Overseas Airways Corporation on routes as far afield as the Pacific Ocean.

Post-war, use of the Sunderland throughout Europe rapidly declined, while greater numbers remained in service in the Far East, where there were fewer large runways.

Between mid-1950 and September 1954, several squadrons of RAF Sunderlands saw combat action during the Korean War. Around a dozen aircraft also participated in the Berlin airlift, delivering supplies to the blockaded city.

The RAF continued to use the Sunderland in a military capacity up to 1959. In December 1960, the French Navy retired their aircraft, which were the last remaining examples in military use in the Northern Hemisphere.

They remained in service with the RNZAF up to 1967.

A number of Sunderlands were converted for use within the civil sector, where they were known as the Hythe and the Sandringham, and continued in airline operation until 1974.

One airman approaching along the seafront at Kidston Park said Sunderlands resembled large seagulls peacefully resting on the water.