The vessel was taking part in its final sea trials when seawater entered its engine room, causing an explosion.

Among the 32 men who died were workers from Fairfields shipyard in Govan, which had built the vessel.

There have been three well known accounts of the tragedy, but now a new account from a different perspective has come to light. 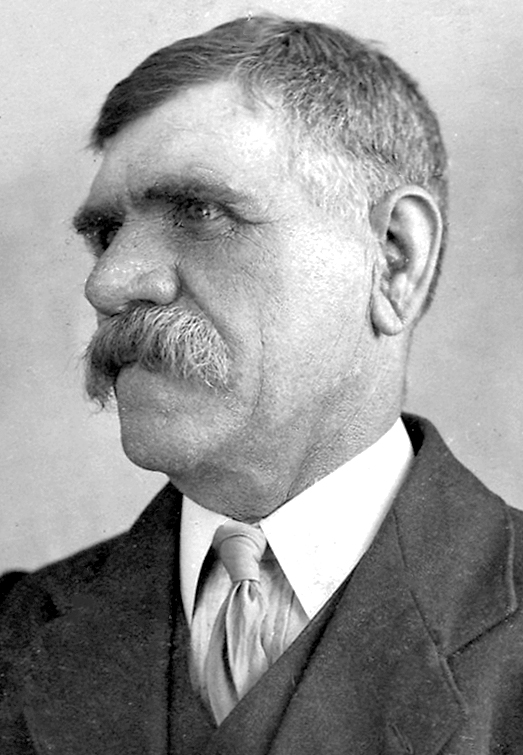 James Citrine (right and below) was a salvage diver employed by the Liverpool Salvage Association from 1881-1921, and he played an important part in the successful rescue of the survivors.

His account has been found by his great grand-daughter, Jude Jones, who lives in Wellington, Shropshire.

She said: “His account is extremely interesting as he was the diver who took down the flexible hose and sends down biscuits, chocolate and Bovril to the trapped men.”

I was sent from Harwich to Clyde. There is a place on the Clyde called the Gareloch where all new steamers go that are built on the Clyde to have their compasses adjusted and machinery checked.

There was a submarine built for the British K Class K13. She was the latest in submarines and could steam on the surface at 24 knots and submerge at 15 knots. This class of submarine is built to sail with the fleet.

This K13 had been put through her trials by the builders and everything found to be satisfactory, then she was turned over to the Admiralty.

Some of the builders stayed on board whilst she was being tested by the Admiralty folk. She was put in the charge of Commander Godfrey Herbert, a very fine fellow, with Commander Francis Goodhart, Second in Command.

Everything was ready for K13 to be submerged, but before this took place they should have pressed a button which would have closed four mushroom ventilators.

When the sub is rising to the surface and her deck above water the button is pressed to open the vent which allows a current of fresh air to enter, but someone omitted to close them before she submerged and she was filled with water from the conning tower aft.

Watertight doors were closed forward so that no water entered that end of the vessel, but the men who were in the aft end, both builders and Admiralty men, were all drowned.

Commanders Herbert and Goodhart were in the forward end where there was no water. Divers were sent down to ascertain if the men were alive or not.

They knocked with a hammer on both sides of the aft end of the vessel but got no response. It was not until they got to the forward end of the conning tower they got a reply. A diver went up to report that someone was alive.

The next thing was to find out the best way to get these men out alive. 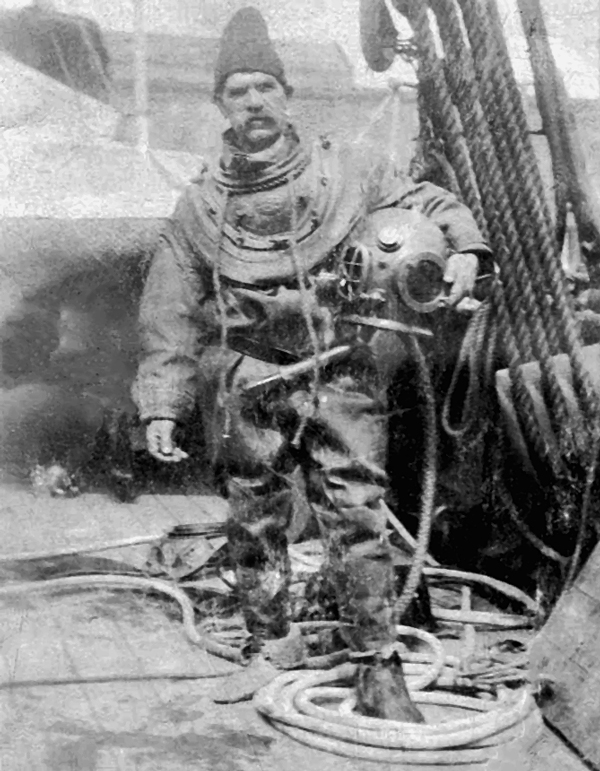 Over the conning tower there was a navigation house. This is for sailing on the surface and contained a steering wheel and compass.

Commander Herbert shot out Commander Goodhart through the conning tower, but he struck the top of the navigation house and there he died. We got him out the next day.

All that day Herbert waited for some response from the surface and, getting none, shot himself out — but with less pressure of air behind him that Goodhart had.

He made for the door of the navigation house and so got to the surface from about 14 fathoms of water, and we picked him up on the surface.

He told us what, in his opinion, was the best way to save the men still imprisoned in the sub.

She had on her deck a cock through which she took in her oil fuel supply. I took down a flexible pipe and placed it over the cock.

That night after dark Herbert got a Morse lamp and signalled through the water a message to the men inside the sub to remove the cock over which we had put the pipe.

We could then talk to them and also send down biscuits, chocolate and hot Bovril.

Meanwhile, a message had been sent for help, and two lifting vessels were sent which placed 29 wires around the forward end of the sub and lifted it out of the water on end.

The aft end was then still in 14 fathoms of water. An acetylene burner was used to burn a hole three feet square over where the men were imprisoned.

It was midnight on the Wednesday when the men were brought out alive one at a time, about 36 men in all.

A plate of iron with rubber joints was then placed over the hole making it watertight and then bolted down. The sub was then allowed to sink to the bottom again.

Divers drilled holes in the side of the sub, put one pipe inside so that it touched the floor, making the joint watertight, then put another hole in and tapped the steel plating.

On this we put a pipe and took both ends of the  pipe to the surface. We had two crafts afloat with a steam air compressor on each.

The pipe that was tapped in the steel plating on the sub was then attached to the air compressor, and the force of air going into the sub forced the water that was in her up the other pipe and it discharged on the surface.

This was done all the way above the sub in all the sections of her so that finally she emptied herself of water and came to the surface in quick time.

The next thing was to get out the men who had been drowned. We got them all out, about 28 or 30, and put the bodies in vessels that had been sent down from the Clyde.

They were all taken away and buried somewhere on the banks of the Clyde.

It was a sad job and I hope I never see anything like it again.

We then made her fit to go back to the builders yard, and they took charge of her. She is now called the K22, not the K13.