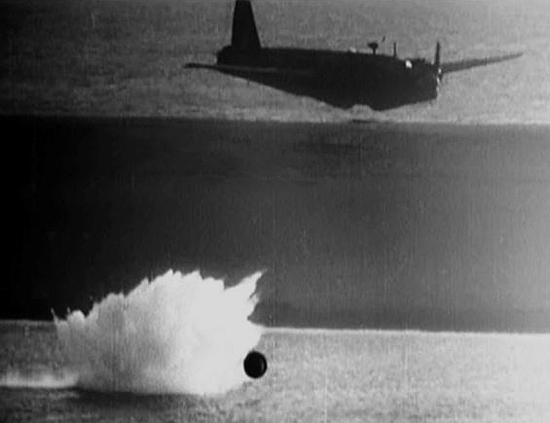 WHEN Charles Simmons wanted to know what his late father did at RAF Helensburgh during World War Two, he contacted Helensburgh Heritage Trust.

Charles said his father did not speak much about the war, so his knowledge was sketchy about the secret flying boat base RAF Helensburgh, a cover name for the Marine Aircraft Experimental Establishment.

Robin Bird, the retired Merseyside newspaper editor who has researched the establishment where his father Bob served as a photographer, has provided details for many articles for Eye on Millig and this Trust website, and he was able to help Charles. 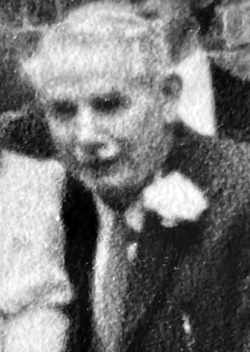 As a Leading Aircraftman, Dennis William Simmons (right) — known as Bill — had clocked up 20 hours flying in a Miles Magister, a two-seat trainer aircraft, before he was posted to the MAEE in September 1939 just after it had evacuated from Felixstowe to Rhu. 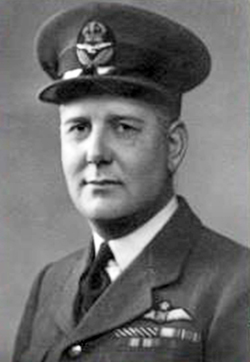 Oddie was a pilot officer with the Royal Flying Corps in World War One and afterwards he spent time at the RAF’s school for flying instruction. He was known to have encouraged many novice pilots.

During 1940-41 the flying boat base was establishing itself on the banks of the Gareloch. Buildings had been requisitioned and work was in hand for two hangars and a slipway at Rhu.

The role of MAEE was also expanding from testing flying boats. War in the Atlantic and the success of U-Boats in attacking convoys resulted in the formation of the MAEE’s armament testing section.

Its Ministry brief included trials of airborne bombs, mines depth charges and rockets, and also ways of tracking U-Boats. A testing range was made available at Fairlie, 20 miles away. The findings were passed on to the operational squadrons.

RAF Helensburgh was the only flying boat base in the country dedicated to this task. It was answerable to the Ministry of Aircraft Production.

Robin says that the rapidly rising number of ships sunk puts the importance of this work in context.

By the end of May 1943 the tide of battle was turning. New technology and tactics were catching more U-Boats, and surviving submarines were being withdrawn from the Atlantic as a result.

Bill Simmons was a member of the armaments section and had a demanding job, but with it came rewards in the form of promotion and more hours of flying time.

Test pilots would often hand over the controls of Short Sunderland and Saro Lerwick flying boats to Bill as he had his ‘wings’, and in five years at Helensburgh he rose from Leading Aircraftman to Squadron Leader.

While Bill did not talk about flying, he did mention to his son Sunderlands, Lerwicks and early air to sea radar trials.

Mention of the Lerwick at Helensburgh often came up in first-hand accounts, because of a crash that shocked the whole station.

On October 21 1941, Lerwick L7248 hit a hill near Faslane shortly after take-off from Rhu, killing the crew of seven. It was the worst loss of life suffered by the MAEE in a single accident since being formed in 1918.

Bill was among those who could have been a passenger that fateful day had it not been for other duties.

At Helensburgh Bill served under four successive group captains, Oddie, Norton, Webster and Abrams, all of whom appreciated his flying capabilities and armament qualifications as a technical officer.

During 1943 the armament section was further expanded. Squadron Leader Dennis Tanner was promoted officer in charge, and Group Captain S.N.Webster, the former Schneider Cup Trophy winner, recruited another ten personnel for the section. 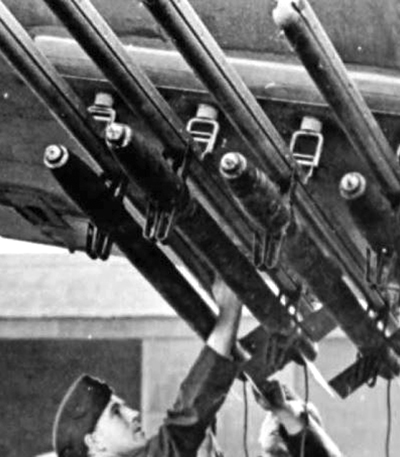 Facilities were made available at Prestwick for land-based aircraft used by the MAEE to widen the testing of airborne weapons, including the most secret Barnes Wallis bouncing Highball bomb and rockets (right).

Bill’s flying logs are lost, but Charles now knows a lot more about his dad’s wartime achievement of rising through the ranks, and that he was a man to be proud of.

For Bill’s colleague Dennis Tanner it was a special assignment to RAF Helensburgh at the height of the U-Boat war, with promotion to the rank of Squadron Leader, to take charge of the MAEE armaments section.

Dennis was living in the Canary Islands in 1991 when he put his memories to paper. Then in his 80s, he recalled arriving at Helensburgh on March 9 1943 when he was told the accommodation was at the officers mess.

He remembered two people who welcomed him and made him feel at home as a ‘new boy’ at the MAEE — Squadron Leaders Wilfred Montague Bidsee and Stuart Carswell.

“It was in the rather luxurious Royal Northern Yacht Club at Rhu, but no-one seemed to know I was coming,” he said. “However, Squadron Leader Bidsee immediately made me feel at home and said to share his room.”

They talked into the night about their days at MAEE when it was at Felixstowe, and the Schneider Trophy event won by Group Captain Sydney Webster, who had just been appointed commanding officer of RAF Helensburgh and would have approved his appointment and promotion.

Dennis and Stuart Carswell became close friends, and he rated Stuart as the best pilot the MAEE had. Both spent many flying hours out of Prestwick conducting trials (a Wellington is pictured left testing a bouncing bomb).

Some of the Wellingtons operated by MAEE were past their ‘fly-by’ date, and Dennis described X3809 as a ‘poor old thing’. It came back from trips looking like an old crow patched up by Scottish Aviation which did the servicing.

Another oddity about this aircraft was that it had a long door through which crew entered. It opened inwards and was padded inside. It lay flat and could be used by the bomb aimer as a bed.

Unfortunately the securing latch never worked — and during one bumpy landing it threw the bomb aimer out.

The two men agreed to keep in touch after the war, but before that more sorties were to take place.

Dennis was not chosen to fly with Stuart in Wellington NA929 on October 17 1945. He was shocked when he was told that his friend and his crew had all been killed during a low flying depth charge trial.

In 1952 and by then a Wing Commander, Bisdee was still a test pilot. On June 25 he was pilot of the Avro Shackleton VP261 which crashed while making a dummy attack on a submarine. All eleven aboard were killed.

Being a test pilot was a dangerous occupation, and many of the test pilots at Helensburgh could have testified to this.