WHEN David Pike read an article on this Helensburgh Heritage Trust website about a Consolidated Catalina flying boat crash landing he was very surprised . . .

The description of the incident on Saturday January 31 1942 mentioned his late grandfather, Squadron Leader Phillip Pike, as the pilot.

The Pike family previously knew little about his wartime service at the secret flying boat base on the banks of the Gareloch, known as RAF Helensburgh.

That has now been resolved, as retired Merseyside newspaper editor Robin Bird, who has written two books about MAEE, supplied information to David.

RAF Helensburgh was not an airfield, although there is an Airfields Conservation Trust monument to it at Kidston Point. It was not actually based at Helensburgh. Its headquarters was at Rhu.

Before they came, many of the 375 personnel posted did not even know where RAF Helensburgh was. They arrived from all over Britain and the rest of the world, including America, Canada, Australia, New Zealand and South Africa. 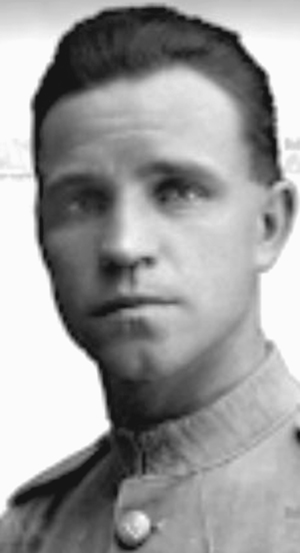 Phillip Pike (right) would have at least known something about Helensburgh before moving there, as he came up when MAEE moved from Felixstowe for the duration.

A wartime commission allowed him and his family to move into a rented house a short walk from the base headquarters and adjacent officers mess at Rosslea.

Grandson David and his own father wanted to know more about Phillip at Helensburgh, and Robin was able to help.

Robin’s father, Bob Bird, was the MAEE’s official photographer, and the article that caught David’s attention was Bob’s diary entry for January 31, recording flying in a Catalina at 20,000ft without oxygen.

Bob wrote: “God it was cold! 35 degrees below. Pilot Squadron Leader Pike and I were over the open hatch. The pilot’s eyes were affected. Then we crash landed.” 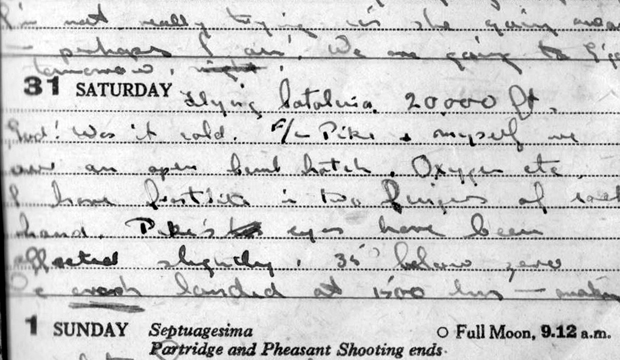 Both men spent some time in hospital as a result. Bob suffered frost bite to fingers on both hands.

Promoted from Flight Lieutenant, Pike was an armaments officer, known to his friends as ‘Warren’.

He apparently was a lively schoolboy who pinched apples from the garden of the local policeman and borrowed a rowing boat to go sailing.

Sometime between 1943 and 1944 Phillip was in Iceland, although it is not known if this was with an operational squadron. Catalina flying boats operated from Iceland, protecting convoys and searching for U-boats.

There are numerous reasons why so little was known about RAF Helensburgh even up to the 1990s. It was a secret base and those posted there signed the Official Secrets Act.

The MAEE returned to Felixstowe after the war and was closed in 1956. There are no old comrades or squadron association through which people can keep in touch.

There was often a reluctance by those there to tell their families about it. Sadly, most are now no longer with us. However, Helensburgh Heritage Trust has access to the largest number of first-hand accounts of RAF Helensburgh 1939-45 and what it did, and so the Trust website has become a source of information for relatives.

The fact the people posted to Helensburgh often did not know where it was, was illustrated by an account from wartime radio operator Jim Brossley.

Posted to RAF Helensburgh, he reported to the Forces Railway Travel Officer at London Bridge. He asked: “Where’s this place Helensburgh, mate?” “Dunno” was the reply. “The only place I can suggest is Glasgow.”

Jim got his travel warrant to Glasgow, where he reported to the RTO at Central Station. He was advised to get the train to Helensburgh, where there was some kind of RAF station.

At Helensburgh Central Jim went into the station master’s office for help as there was no RTO, or obvious signs of an RAF camp in Helensburgh.

The station master rang RAF Helensburgh. A bewildered Jim was told that he was being collected by car and taken to Rhu to sign on. Jim then found out he was attached to the Marine Aircraft Experimental Establishment.

Postcards sent from Rhu post office could only give brief mention of a charming village on the banks of the Gareloch, likewise letters home to loved ones.

All the secrecy has led to a ‘who dun it’ mystery unfolding nearly 80 years later. Who was the pilot of Sunderland W3976 when it crashed during MAEE trials off Helensburgh in 1941?

Reports said the Pilot Flight Lieutenant Harold Hobley was killed along with the crew, except for Vincent Drake. However, the flying logs show Hobley still flying at Helensburgh in 1944.

He was still a test pilot with MAEE and received mention in the London Gazette for flying 1,000 hours with the establishment. Yet many reports state that Hobley died when the large four engined Sunderland flipped over that moonlit night.

Various flying accident lists have Hobley as a victim. Others sources, including the National Archives at Kew, say he survived, while Aircraftmen R.E.Cockburn and J.A.Morris were killed and Corporal E.Hansford died later from injuries.

The crash sparked off controversy. Vincent Drake thought the pilot might be to blame for mistaking reflections of the moon as landing lights on dark calm waters.

Bob Bird and others were upset that the Medical Officer refused to unclothe one victim after the body was found. This begs questions as to why this was such a sensitive issue and why a second pilot was not listed as being aboard.

There had just been another upset, the crash of MAEE Lerwick L7248 on October 21 1941 — the worst in the long history of MAEE — shortly before the Sunderland accident.

The records show that Flight Lieutenant Alexander flew Sunderland W3976 just before its crash, yet Alexander was the pilot killed in Lerwick L7248.

W3967, a converted Mk1, was the prototype Mk11, and Mk11s were to be produced at the Blackburn factory at Dumbarton.

With four supercharged Pegasus engines, take-off times were tested at Helensburgh and great care was needed during take-off.

One report said the Sunderland crashed following flame damping assessment: “It was written off after cartwheeling into the sea. There were no fatalities.”

A second production line for Sunderlands had been set up at Blackburn where new Mk11s were to be produced. After short production run the new Mk111, T9048, arrived at Helensburgh for testing followed by the Mk1V during May 1944.

MAEE logbooks show by whom they were flown, when and for what purpose. What these logs do not tell is what happened to the Sunderlands and Consolidated Catalinas tested at Helensburgh before or after going to operational squadrons.

Researching this often runs into controversy over how many where killed when the aircraft were shot down or were lost.

Sunderland DV967 G — Guard at all times — took part in parachute brake trials at Helensburgh, carried out by Hobley on October 29 1942. He perfected steep dive attacks on dummy U-Boat targets.

Sunderland L2158 underwent extensive testing at Helensburgh with three months on the beach undergoing repairs, but it was lost shadowing a convoy off the West African coast on August 17, 1942.

Some reports said that all nine crew members died, another that four survivors spent 105 hours on a life raft before rescue. The latter is true.

Sunderland ML735, flown by Hobley at Helensburgh in January 1944, was then transferred to an operational squadron for a battle with U-270 which it sank. However off the coast of Norway it was caught by Luftwaffe Bf 110 fighters and shot down, killing the crew.