A LEADING Helensburgh businessman of the 1980s and 90s was lucky to survive on board a ship which was torpedoed during World War Two.

Footballer and athlete Jack Quinlan went on to run several local businesses in the district and was very well known for his charitable work. 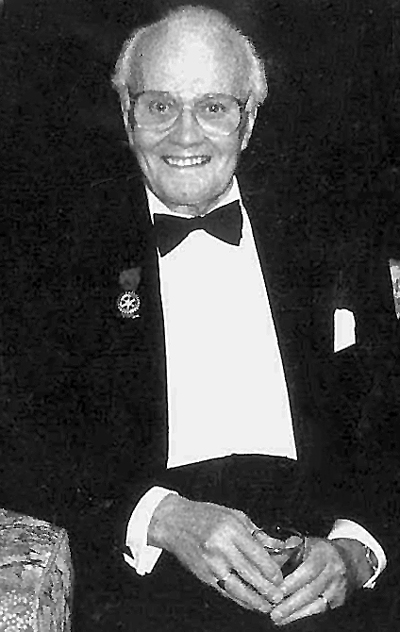 He volunteered to join the Royal Navy immediately war broke out, rather than wait until he was called up, although he had just been offered a contract with Glasgow’s now defunct Third Lanark Football Club.

He served for six years in the Royal Naval Air Service as an engineer.

On Monday January 12 1942 he left Glasgow in a troopship amongst 1,400 service personnel being rushed to Singapore via Freetown in West Africa to counter the Japanese threat.

His ship, the Llangibby Castle (pictured below), also carried 501 tons of general stores including oil for M3 light tanks, and there were two 40mm Bofors AA guns mounted on deck. 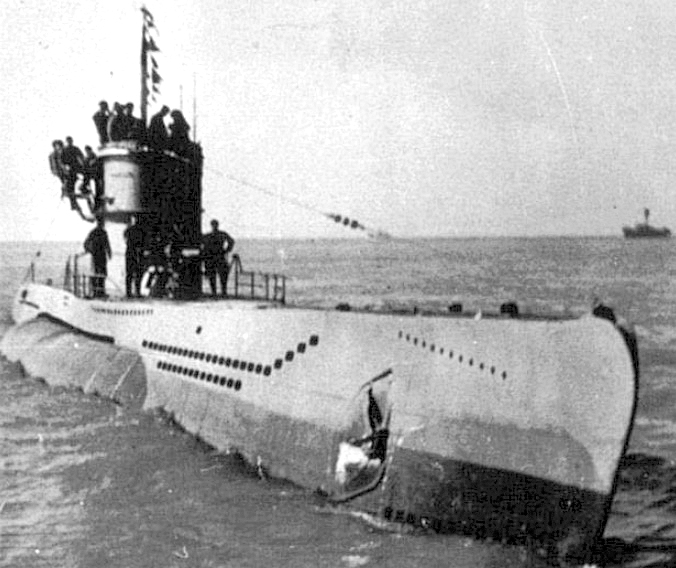 On Friday January 16, after leaving the Clyde and while still in the north Atlantic, the Llangibby Castle was torpedoed by the German U-boat U-402 (right), under the command of Korvettenkapitän Siegfried von Forstner, and had to limp to Horta in the Azores for repairs.

One torpedo hit the stern and blew away the after gun and the rudder, but the propellers remained intact.

The attack happened early in the morning and Jack had been making for the ‘heads’ to wash and shave.

But he had forgotten something, turned back to his berth, and the torpedo hit and destroyed the heads, where 26 men, mostly RAF personnel, were killed.

He always maintained that he owed the strength of his Christian faith to this episode.

In his diary he wrote: “This was a day never to be forgotten. About 8.30 we were torpedoed; to my surprise everyone was very calm, but our troubles were not over yet.

“About 11.20 we were dive bombed by a four engine Focke-Wulf and this caused plenty of excitement on deck. Our prompt return fire soon sent him reeling off – he never showed up again. He was slightly out of his aim and so the bombs fell into the sea.

“The rest of the day was spent in misery; having had a taste of bombing, we naturally thought it would reoccur at any moment, but to our relief all was clear.

“This episode caused all the cooking facilities to be out of order – our meals consisted of dry bread, corned beef and water, and an occasional orange, the latter being a luxury.

“The next day everybody was up early having spent the night asleep on deck, so morning couldn’t come quick enough, however the day turned out to be very long and dreary.

“First watching and wondering what would occur next, but strange to say, all was okay.”

On Monday January 19 he wrote: “LAND IN SIGHT, O Gosh! This is a feeling I can’t quite explain. I only know that I had a lump in my throat and the ugly thoughts of Gerry had passed and I felt safe.

“Apart from the various colours, shapes and sizes of the buildings that crowded the quayside, we noticed the volcano standing very stately — this one is burnt out though.

“Finally we docked, however no shore leave was granted because the Azores is a neutral port, so this was a bit of a blow, but our injured fellows were taken ashore.

“Crowds of people clamoured at the breakwater to see us, and oranges were for sale, so naturally we bought some. The Azores appears to be a very nice holiday resort. “

The Azores belonged to Portugal and they were neutral, but the ship was only permitted a maximum of 14 days to effect repairs.

Temporary repairs were made, and with the assistance of a tug and naval escort ships as the ship had no rudder, the Llangibby Castle headed for Gibraltar, their escort fighting off a pack of U-boats on the way, and they arrived on February 8.

The following day they were transferred to the Ulster Monarch, and on February 15 1942, while they were still on the way to South Africa, their intended destination, Singapore, fell to the Japanese.

They were transferred four more times, to the Polish liner Batory, then the Pretoria Castle, then the California and finally the Bergensfjord, arriving in Cape Town on March 18. 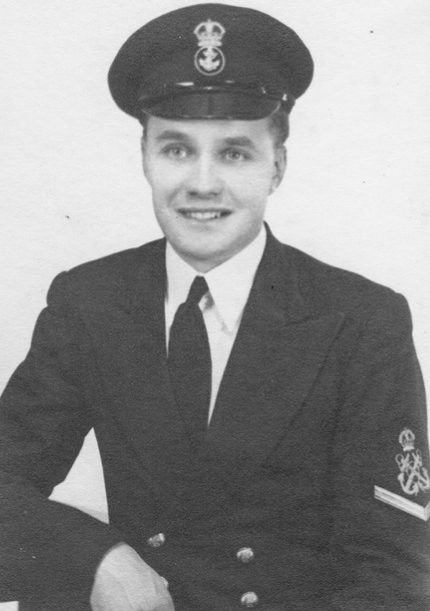 Jack (left) remained stationed there for over two years, where their primary function was to aid the fight against German U-boats in the Atlantic.

He was based at Wingfield Aerodrome, a Fleet Air Arm Station which had previously been a municipal airport, and he commanded a team of engineers who were responsible for servicing, amongst others, Fairey Fulmar fighter aeroplanes.

He was able to resume his football as the RNAS fielded a team in the wartime South African league and Jack, at centre forward, was the only player in the team who had not previously played in either the English or the Scottish first division. 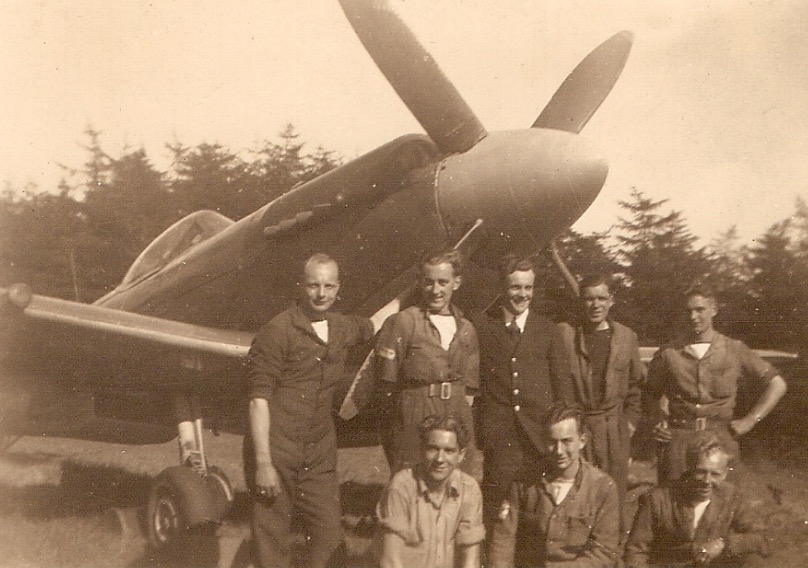 When he was home on leave he played for Partick Thistle.

On his return to the UK, he was posted to RNAS Donibristle in Fife and while stationed there he met his wife to be, Helensburgh lass Catherine Stewart Winton, who was in the Women’s Royal Navy and trained new Fleet Air Arm pilots on the intricacies of aircraft con-trols, while still safely on the ground.

He was unable to resume his football however, as, while running as a guest for Birchfield Harriers in a five-mile road race which he won, he caused irreparable damage to his feet.

He had forgotten his running shoes, borrowed a pair that were too small, and it ended his days in athletics.

Bowling at both the Rhu and Helensburgh High Green clubs was to become his competitive sport, and he served as president of the village club.

Jack and Rena were married at the then St Andrews Church in Colquhoun Square, now Helensburgh Parish Church, in December 1947 (picture below).

At various times they lived at St Clair Villa, 75 West King Street, East Lennox Drive, in the old Headmaster's house at St. Andrews, Shandon, an apartment in The Hill House for a few years, and 12 Loch Drive, before finally moving to 3 Strathclyde Court.

Initially he commuted daily to Glasgow where he worked in two department stores and eventually became the House of Fraser’s Scotland jewellery buyer.

In the early 1960s he became a local businessman and with Rena ran several local shops over the years, including fruit and vegetable, flower and jewellery shops, and he became very involved in local life.

A long serving elder at the church where he married, he became a member of Lodge St George No.503, and rose to become Master of the Lodge and First Principal of the Royal Arch Chapter.

He was a founder member of Helensburgh Rotary Club in 1964 and served as president in 1974-75, and he was instrumental in the formation of Helensburgh Probus Club. 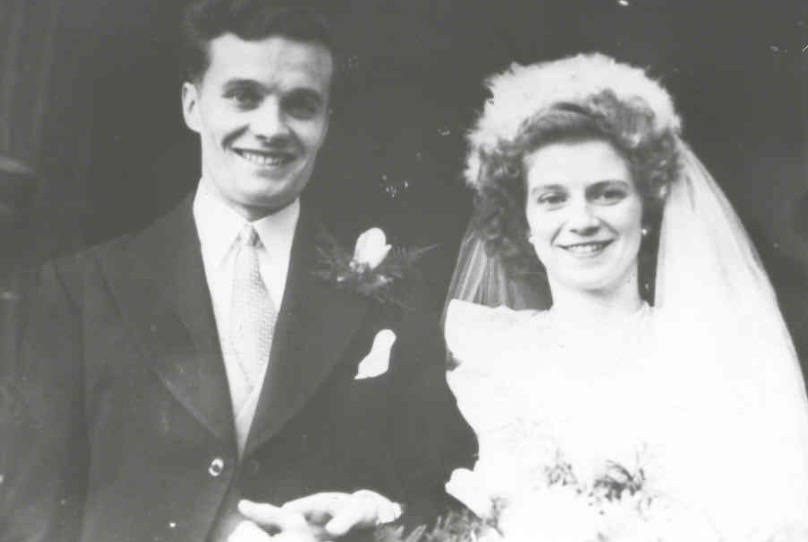 A keen supporter of what was the newly launched Helensburgh sub-committee of the Order of St John — now St John Scotland — he helped to raise funds to support several local good causes, including the Arrochar mountain rescue team.

He was admitted to the Order as a Serving Brother — an appointment sanctioned by HM The Queen, who is the Order’s Sovereign Head — in 1981, and promoted to Officer in 1988.

Music was a great love, and in the early 1970s he and some friends including Stan Oliver and Stan Latimer formed a local entertainment concert party called the Oliverians, providing at no charge concerts for residential homes, hospitals and charity events.

Rena passed away on February 11 2020 at the Vale of Leven Hospital, Alexandria, after a short period of ill health.