As a secret establishment RAF Helensburgh provided its own security with RAF personnel supported by all trades.

But most of the sixty or so civilians serving with the Marine Aircraft Experimental Establishment at Helensburgh, Rhu or Glen Fruin were liable for Home Guard service.

Head of the local Home Guard was Vincent Drake of the MAEE, who was enthusiastic about his after-hours duties.

Retired newspaper editor Robin Bird, author of two books about the establishment, said that in his father’s diary was written: “Not too bad was the H.G. film and lecture at Dumbarton Drill Hall on Sunday night January 18 1942.” 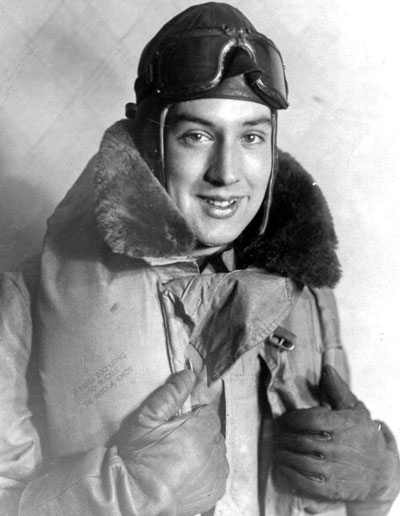 Bob (right) himself said later in life: “At least Vincent taught me how to man an anti-aircraft gun, and how to fire a rifle or heavy machine gun!”

To avoid the Home Guard Bob even volunteered to take part in the flying boat’s play ‘Hands Across the Sea’ on St Patrick’s Day, March 17 1942, to reflect America’s entry in the war following Pearl Harbour.

Despite rehearsals his diary is punctuated with those dreaded initials H.G.

The Luftwaffe seems to have been oblivious to the fact that Britain’s only seaplane base dedicated to research was located on the banks of the Gareloch.

Luftwaffe aircraft conducted high flying reconnaissance of the area in October 1939 before the hangars and slipways were constructed. At that time RAF Helensburgh looked insignificant, and it was never bombed, even during the Clydeside Blitz and bombing of Cardross.

Robin said: “One wonders what the Luftwaffe would have made a year later in 1940 of Heinkel 115 floatplanes flown from Norway and moored in the Gareloch?”

Passing bus passengers at Rhu were unable to get a glimpse of the establishment as the window blinds facing the hangars were pulled down for security reasons.

On Cardross golf course there was an added search light and Lewis Gun.

Home Guard security extended around Loch Lomond, where MAEE conducted top secret trials, but this was not the responsibility of the Helensburgh unit.

The fear was that German seaplanes might land on Loch Lomond, especially at night. 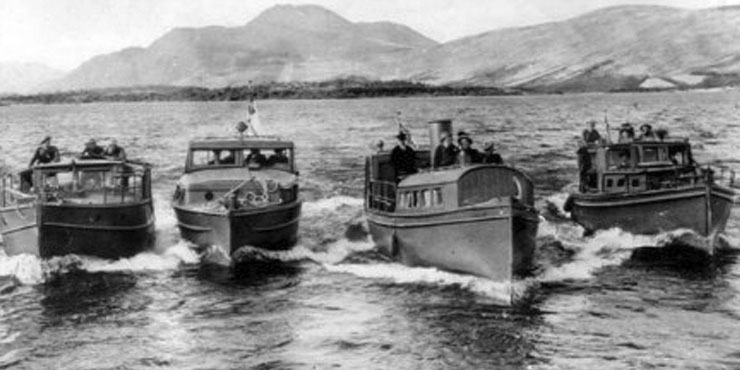 The ‘Balloch Navy’ (left) patrolled these waters in requisitioned motorboats which were armed.

While a few stray bombs may have landed around RAF Helensburgh it was ironic that the largest single loss of life involving the local Home Guard during World War Two happened on a journey to Helensburgh.

The fatal accident happened in September 1943 on the Lea Brae at Ardoch, just past the village of Cardross, where residents still remembered the horror of the Cardoss blitz in March 1941.

RAF Helensburgh had by then handed over most of its H.G. duties. Now the 71st Clyde Heavy Anti-Aircraft Home Guard based at Dumbarton took over manning the AA batteries at Cardross and Helensburgh.

The tragedy happened on the evening of September 15. After a day of normal work the volunteers boarded an army lorry and headed in the direction of Helensburgh to man the AA battery. It was an open backed vehicle covered with a tarpaulin for its passengers.

On the particularly narrow stretch of road at Ardoch — an accident blackspot to this day — the fully laden H.G. lorry struck another heavily loaded lorry coming from the other direction.

The road was unlit and the lorries both had black out shields on their headlights.

Unfortunately, the oncoming vehicle was carrying an overhanging structure, and the H.G. driver probably did not see the overhang.

This structure cut through his lorry’s canvas like the Grim Reaper’s scythe. Five soldiers were killed, eight were taken to hospital and 17 were injured.

Several of the victims were from the Vale of Leven village of Renton. All those killed and injured were in the lorry heading for Helensburgh.

Killed in the accident were  Archibald McIntyre, David Kelso, James Rosenburg and Hugh Copeland, all of Renton, and John Totten of Dumbarton.

At least four of the five were only in their twenties. Of the eight detained in hospital, seven were from Renton.

Unusually for a local newspaper during the secrecy of World War Two, the Lennox Herald carried the story to reflect the community’s shock and upset over what was the largest single day’s loss of Home Guard servicemen in the war.