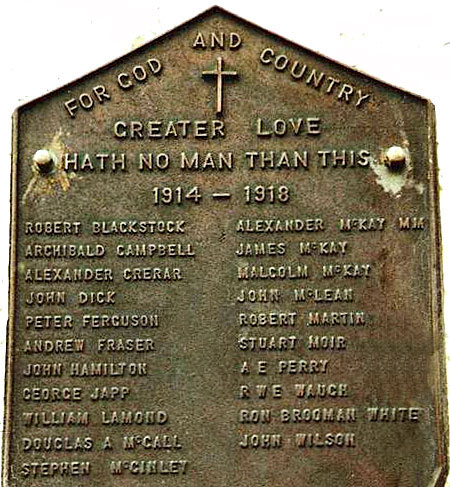 A YOUNG officer who died from wounds received on the Western Front at Ypres is named on the Garelochhead War Memorial.

Second Lieutenant Ronald George Brooman-White was born in the exclusive then Roxburghe Hotel in Edinburgh’s Charlotte Square on August 10 1892. 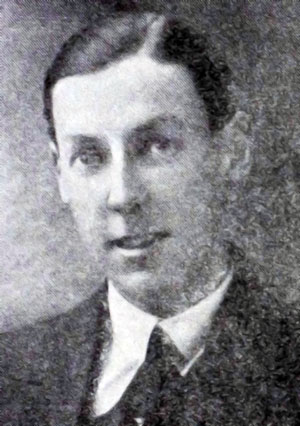 Ron, as he was known to his friends, was the second son of Richard Charles Brooman-White JP and his wife Lily Geraldine Angela, nee Schuster, of Arddarroch, Finnart, near Garelochhead. They had a second home at 11 Cambridge Square, Hyde Park, London.

He was educated at Hazelwood School at Oxted in Surrey, where he was a chorister, and then until April 1906 at the prestigious Eton College. Then he had three years at Repton School in Derbyshire where served in the Officers Training Corps.

After he left school in 1909 he started to train as a chartered accountant. In August 1913 he travelled by ship to Montreal in Canada, where he worked with a firm of land agents.

Ron, a member of the Royal Automobile Club in Pall Mall, London, was a very fine shot and a good golfer, finishing runner up in the Amateur Golf Championship at Ottawa, Canada, in 1914.

He was back home on holiday when war broke out, and applied for a commission in the 4th Battalion Royal Inniskilling Fusiliers. He joined the Battalion as a Second Lieutenant on August 15 1914 at Buncrana in County Donegal.

Confirmed in his rank on April 28 1915, he was attached to the 2nd Battalion Royal Irish Fusiliers for war service.

At 2.45am on May 14 the 2nd Battalion relieved units of the 6th Cavalry Brigade in trenches in a line from Bellewaarde Farm to the railway line the Belgian Ypres sector.

The battalion was deployed with A, B and C Companies in the front line, and D Company in support. There was some firing from the enemy during the day and there were a number of casualties, mostly slightly wounded and mainly from A Company.

The following day the enemy were again "quiet", but Ron, who was only 22, was wounded and died later in the day at 5 Cavalry Field Ambulance.

His father received a telegram on May 18 to say that he had been wounded, and another on May 23 saying that he had died from his wounds.

He was buried at Vlamertinge Military Cemetery at Ypres the day after his death, and the inscription on his grave reads 'Peace Perfect Peace'.

He is also commemorated on the war memorial at Repton School and on a plaque outside St Baldred's Church in North Berwick.