THE CENTENARY in 2018 of the end of the First World War resulted in a lot of fascinating research on Helensburgh and district people who lost their lives in the conflict.

The stories of many — from the only woman named on the WW1 panel on the Hermitage Park Cenotaph to the chaplain who lost his life when a hospital ship was torpedoed – wcan be seen on this Helensburgh Heritage Trust website. 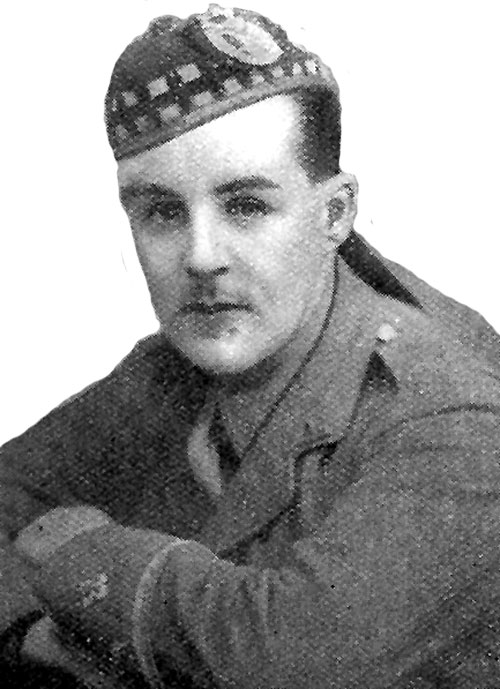 That covers some 40 of those named on the Cenotaph, but there are a great many more. Now the Friends of Hermitage Park and the Heritage Trust have received a grant of £10,000 from the National Lottery Heritage Fund for the War Memorial Families Project to carry out more research.

Awarded through its 'First World War: then and now' programme, the project will focus on researching and creating biographies of all 206 people named on the memorial who were killed in World War One.

The project will enable local people in Helensburgh to preserve the memories and heritage of the people who lived through the conflict.

Volunteers will collect photographs, newspaper clippings, documents, letters and photos of keepsakes, as well as family tales passed down to help them build a clear picture of what life was really like.

To help them get started, here is the previously untold storyof Lieutenant Hedley Lyle, of the 9th Gordon Highlanders (Pioneers), who was killed in action on May 22 1916 at the age of 32 only a fortnight after having been home on leave.

The eldest son of Robert Lyle, of Strathculm, 32 West Montrose Street, and his wife Jane Hedley Scott, he was born in Greenock and educated at the Collegiate School, Greenock, and Merchiston Castle School in Edinburgh.

Hedley was a very keen athlete, and he played rugby for the West of Scotland club. He was an enthusiastic, popular accomplished player and captain at both Helensburgh and Greenock Cricket Clubs, and also a keen golfer.

When the war broke out in August 1914, he was in Argentina employed by Estancias of Corbett, and at once returned and enlisted.

He joined the Scottish Horse as a Trooper, and he was with them for about six months. He gained his commission in the Gordons, and he was posted went to France in August 1915.

Considered by comrades to be a splendid officer and a favourite of his troops, he led his Pioneers on the dangerous job of clearing trenches at the Front in the Pas de Calais area of northern France.

After his death, his father was told in a letter from Major T.G.Taylor: “Since May 11 he has done some magnificent work wiring and clearing trenches under very trying conditions with an absolute disregard of personal danger.

“None could have set his men a higher example of fearlessness nor encouraged them more in what is always a dangerous and difficult task.

“If it is any very small consolation to you, I may tell you he was killed absolutely instantaneously by machine gun fire, and he can have known nothing.

“He was buried in the Military Cemetery at Vermeilles, when as many of us as could be spared were present and all his platoon, whose respect and affection he had won to such a marked degree.

“Will you accept not only my own sincerest sympathy in your great loss, which is also our loss, but also the sympathy of all his brother officers and that of his platoon, who have lost a very brave and capable leader.”

The Rev Charles Lamont, chaplain of the forces, wrote: “I need not assure you how we all liked him.

“He was not only such good company in the mess, but was utterly fearless, and the essence of kindness to his men. He gave his life for a glorious cause.

“He was buried in the British Military Cemetery at Vermeilles, and a wooden cross was placed at his grave. It was a military funeral, and all the officers that could be were present along with the men of his own platoon.”

There are over 2,134 First World War casualties commemorated in that cemetery. Of these, 198 are unidentified, and special memorials are erected to six soldiers from the United Kingdom, known to be buried among them.

As well as being remembered on the Helensburgh Cenotaph and the Merchiston School war memorial, there is a memorial tablet in St Michael and All Angels Church.