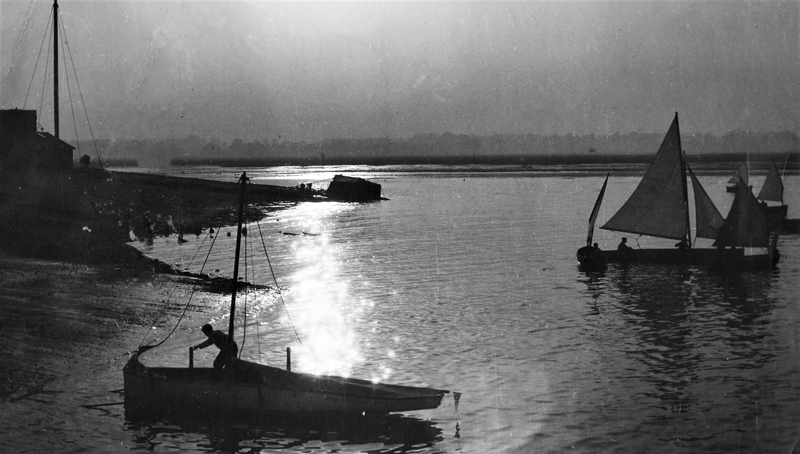 That was because RAF Helensburgh at Rhu was a flying boat base where flying boats and seaplanes were tested and prepared for airborne warfare by the Marine Aircraft Experimental Establishment.

RAF officers, who flew the flying boats, were based at the yacht club.

They also spent off duty hours ‘messing about’ with sail boats on the Gareloch, which was a relaxing diversion from flying in the wake of seven colleagues being killed when a Saro Lerwick stalled during trials.

This never before published photograph of aircrew sailing at Rhu was taken by MAEE photographer Bob Bird, Robin’s father.

The location is the then Royal Northern Yacht Club, circa 1942 and 43, which had been requisitioned as the officers mess for RAF Helensburgh, the only experimental establishment of its kind in the British Isles.

A keen yachtsman and sailor, Group Captain Edward James Pointer ‘Teddy’ Burling, DSC, DFC, AFC, Croix de Guerre, among other medals, was responsible for the MAEE relocating to Helensburgh on the outbreak of war.

As its first commanding officer and previously the commanding officer of RAF Felixstowe, Burling
mooted the move of MAEE 450 miles to Scotland to escape the prying eyes of the Luftwaffe and allow the flying boat base to carry out its experimental work in secret.

The location of Rhu was because Burling was familiar with the Gareloch and knew it would make a secluded seaplane base.

In peacetime Burling had visited the Royal Northern Yacht Club and sailed on the Gareloch.

He knew that a requisitioned Ardenvohr, the clubhouse, would make a comfortable officers mess for himself and colleagues, with sailing facilities on the doorstep. 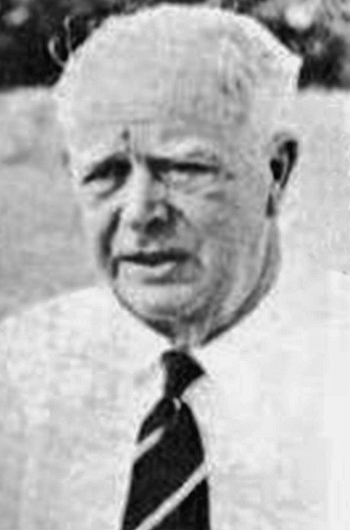 Burling (right) was an experienced seaman and pilot, one of only a few RAF pilots to be awarded the DSC, DFC and AFC, and he was also a World War One flying ace.

Then as a Flight Lieutenant, he carried out daring missions off the Palestine Coast.  On one occasion his aircraft was holed 36 times.

In 1918 he received the recommendation for his DFC following an airborne attack on a U-Boat — a unusual feat during the Great War.

He then made aviation history on New Year’s Day 1926 as the first British pilot to be catapulted from a moving ship.

His bravery and exemplary service record was further endorsed after he rescued a trapped colleague after their aircraft ditched.

During an overseas posting to Singapore Burling was commodore of the RAF Selectar Sailing Club, where he designed a 12 ft dinghy to cope with local waters.

Back in Britain Burling asked marine expert Uffa Fox to design for him a 18ft jolly boat that he could carry under the wing of a flying boat.

This Burling jolley would be the inspiration for the Uffa Fox airborne lifeboat tested at Helensburgh and used extensively during World War Two to save lives at sea.

In 1936 Burling took delivery of a new Rolls Royce with special sporting bodywork which he loved driving, No doubt it was used during September 1939 to transport him from Felixstowe to his new command at Helensburgh.

However there is no record of his flying boat jolley being at Helensburgh, or Spero, his beloved sailing cutter. Built by Fife and Sons of Fairlee in 1909, in peace time Spero was sailed by Burling around the British Isles, often in the company of his dog.

Burling loved, too, the thrill of high speed RAF launches.

Under his command and watchful eye at Felixstowe, Lawrence of Arabia, alias Leading Aircraftman Shaw, developed and tested RAF launches, some of which were transported by road from Felixstowe to Helensburgh. 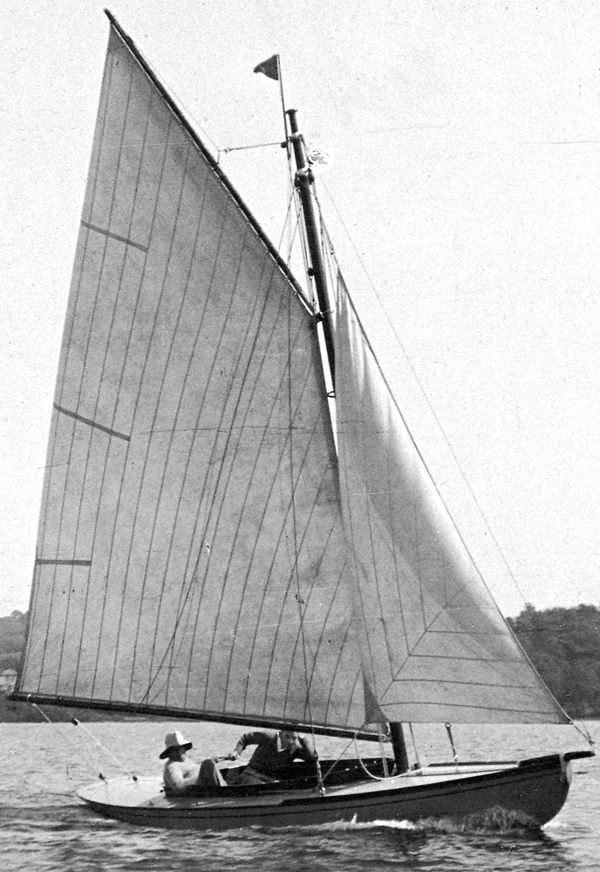 Towards the end of 1940 Burling was succeeded as C.O. by Group Captain Gerard Oddie, but off duty pilots continued to use the sailing facilities at Rhu until the end of the war.

Burling was still sailing his beloved Spero after the war. During the 1970s he could be seen around the Scilly Isles, where he had retired and become an eccentric local character.

Flying Officer P.G.G.Knight recalled his first impressions of the Royal Northern Yacht Club as being a ‘splendid building, well equipped with billiard table, squash court and the use of sailing boats’. The club steward ‘Beatty’ remained in attendance.

Both the officers mess and headquarters next door in what is now Rosslea Hall Hotel were splendid large Victorian houses, which took Knight by surprise. Their tranquil wooded location was, he said, not typical RAF accommodation in wartime.

The Battle of Britain and an escalating U-Boat war highlighted the need for improved air sea rescue methods. MAEE at Helensburgh therefore added a dedicated marine experimental section in 1942.

This section conducted air sea rescue trials, including the dropping of Lindholme survival containers by aircraft. Vincent Drake, who lived at 128 West Princes Street, Helensburgh, was in charge.

Drake grew up in Felixstowe and worked pre-war in a civilian capacity for the MAEE at Felixstowe. He loved sailing, but gained first-hand experience of the cruel sea shortly after being posted to Helensburgh.

Drake was in the Consolidated Catalina that crashed after take-off from Rhu on February 10, 1940. Also aboard was Dennis Briggs, who later in the war spotted the Bismarck. They escaped relatively unharmed.

The following year Drake was the only survivor when a Short Sunderland crashed at night time landing off Rhu.

A strong swimmer, he kept afloat for hours in darkness and in a choppy sea until found. He was in hospital for weeks afterwards to recover.